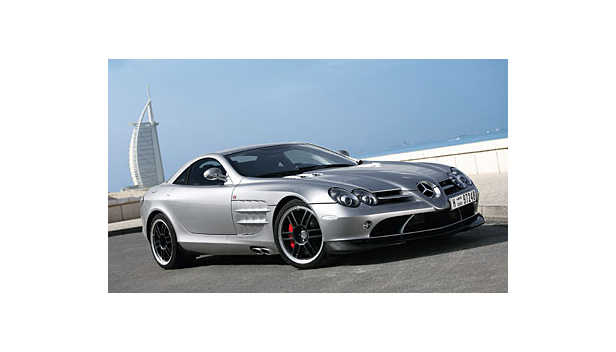 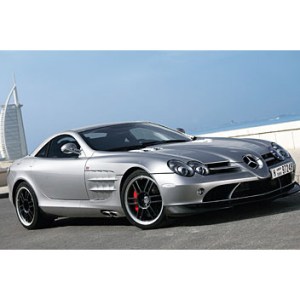 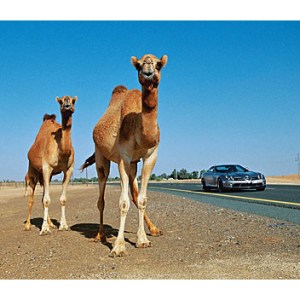 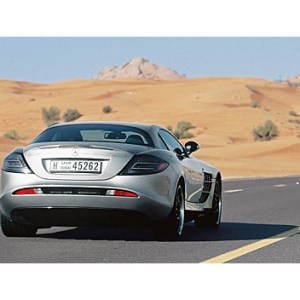 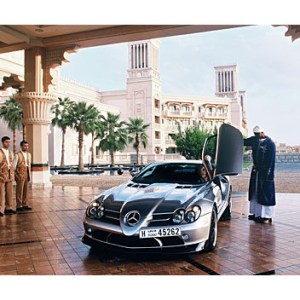 Dubai’s is the tale of two emirates, both borderline surreal. The traditionalist who resists change at any pace might see Dubai as an Arabian nightmare in which souks—those smoky, ancient markets that sell incense, spices, and hubble-bubbles—now proffer Cinnabon and Starbucks. It is a place where miles of freeways and megalopolis clutter are overtaking the once-pristine desert. Traffic here is more stifling than on the Hollywood Freeway, and the airport is a larger asylum than London-Heathrow, with huge, jammed duty-free stores open at 3 am. Few structures date to before 2002, the Old Town is still being built, and the whole is Las Vegas writ huge, all man-made and contrived.

When viewed from a more progressive perspective, however, this new Dubai might be seen as a modern Mecca, with Sheikh Mohammed bin Rashid Al Maktoum the sage, Western-wise leader of a flock of 1.3 million. He is guiding his emirate away from a dependency on shrinking offshore oil fields and directing it toward an economy based heavily on tourism and finance, IT and biotech, each within an industry-specific, tax-free zone.

Unemployment is officially zero, per capita income is among the highest in the world, and health care is state-run and up to Western levels, but without the lines. The crime rate is insignificant, because adultery or driving after drinking one beer is good for three months in jail.

Dubai, whether considered a perversity or a paradise, is unquestionably wealthy and extravagant, and into this largesse Mercedes-Benz recently brought its most expensive and expansive motorcars ever: the 2007 Maybach 62 S mini-limousine ($425,000) and the McLaren SLR 722 supercar ($480,000).

For its Dubai debut party, Mercedes parked its new cars in the courtyard of Madinat Jumeirah, a 3½-year-old resort that is a reproduction of an Arabian citadel of centuries past. It has two grand hotels, 45 restaurants, its own souk, nearly a mile of private beach, and more than two miles of canals with traditional water taxis (albeit electric-powered versions) that carry guests from the spa to the amphitheater.

Klaus Nesser, CEO of Maybach and Mercedes’ Exclusive Products division, noted that this joining of Dubai’s high profile and Mercedes’ rich presence was hardly a coincidence. “The attitude and momentum of Dubai,” said Nesser, “remind one of the famous statement by Oscar Wilde: ‘I have the simplest tastes; I am always satisfied with the best.’ So we are trying to deliver the very best we have, and it is for such tastes that we built the two cars.”

Indeed, of the 800 Maybachs sold in the past four years, some 50 have found homes in Dubai and the other United Arab Emirates. That is why, acknowledged Nesser, one Maybach option is a saucer-sized compass in the center console, so that occupants, come prayer time, will always know the direction to Mecca.

To emphasize that it designed the new Maybach 62 S (see “A More Special Maybach,”) primarily as a chauffeur-driven indulgence, Mercedes provided uniformed drivers to shuttle its launch guests, a gaggle of speed-driven automotive writers who did not seem to mind being relegated to the backseats, where they could test the massaging feature and the Bose surround sound and experience more legroom than you find in a hotel lobby.

The Maybach is ideal for those who want privacy and opulence and the world’s most powerful chauffeur-driven car. The McLaren SLR 722 has a different appeal. It is a supercharged, two-door, carbon-fiber, 650 hp, 210.62 mph upgrade on a stock 617 hp McLaren SLR that loafs along at only 208.75 mph. This car, said Nesser, suits the driver who has “a Ferrari Enzo as a GT car, would like an SLR as a sports car, and decides, ‘Let’s go for both.’ “

Mercedes will build only 150 examples of the 722, and it has sold all of them. (Mercedes claims it insisted that each 722 buyer already have a McLaren SLR in his garage.)

The 722 is 88 pounds lighter and a half-inch shorter than its predecessor. An underbelly splitter and diffuser vastly improve downforce. Larger brakes, stiffer dampers, and a retuned suspension complete a package that Mercedes added to stifle criticism of the SLR’s handling. Some of these components also improve the car’s zero-to-60-mph time from 3.8 seconds to 3.6 seconds—for those who care about being 9 inches ahead at the next stop light.

Certain styling elements are unmistakable remnants from the 300 SLs and SLRs of the 1950s and ’60s. The doors are not gullwings, but they do open straight up and pivot forward. The door design allows for easier egress when the car is wedged into a parking spot at the world’s largest—or any other—shopping mall, assuming anyone is careless enough to leave the 722 so perilously close to another vehicle. Huge, highly functional hood and fuselage air intakes—and with strakes yet—are a direct lift from the 300 SLRs that galloped full bore down the Mulsanne Straight before the section of track was bowdlerized by chicanes.

The number portion of the new car’s alphanumerical designation is a reference to those races. The SLR’s mightiest success came at the 1955 Mille Miglia, when Sir Stirling Moss and navigator Denis Jenkinson won in record time. Moss’ 10-hour marathon at the wheel began in Brescia, Italy, at 7:22 am, which also was the number painted on his Mercedes.

Speed, acceleration, and price earn the 722 its status as a supercar. But is it one? Bentley, Aston Martin, and Jaguar make mainstream (well, relatively mainstream) coupes and convertibles that are nearly as fast, quick, and expensive. For a piddling fee to disconnect the governors and substitute modified chips, even a Maserati GranSport could reach out and touch 200 mph. So maybe supercars are no longer so superior?

At a desert camp lunch stop—catered from Dubai and served under rented Bedouin tents—CEO Nesser nearly dropped his shish kebab when presented with such heresy. “[Supercars] are certainly not alone anymore,” he conceded. “Enzo. Koenigsegg. Saleen. But there is no other car like the McLaren, one that you can drive at 300 kph [186 mph] with two golf bags in the trunk, and then take it out on the track. Now that’s unique.”

Few cars if any, Nesser continued, can touch the 722 for instant collectible value. This is true if that value is a function of exclusivity. Ferrari made and sold exactly 400 Enzos. Porsche built some 1,300 Carrera GTs. A 722 owner has only 149 peers.

The car might be popular among the emirate’s aristocrats, but this is not the best place to drive a 722. In Dubai, one pedestrian is injured every 15 hours, and one is killed every four days. To curb this carnage, the emirate has taken such measures as placing speed bumps on string-straight roads 50 miles from the nearest oasis. Recently, the driver of a Lamborghini Gallardo hit one of those bumps at 60 mph, went airborne, and wiped out the front end of his car on the descent.

Thus we restrained our high-speed ambitions with the 722 to one quick blast to 170 mph—just to see if Mercedes has corrected the front-end float and steering quiver reported on the standard SLRs. It has, by means of the new aerodynamics and some really useful poundage of downforce.

If only Mercedes had paid equal attention to how the car handles at slower speeds. Although everything was firm and precise at pit-straight speeds, the price of high-end tuning seems to be overstiff steering and grabby brakes when dawdling during rush hour, which, in Dubai, is every hour.

The transmission, a 6-speed automatic with paddles, is close to seamless. You can adjust the shift points and suspension settings and enjoy a progress at sensible speeds that is no rougher than that of, say, a Corvette in track trim.

The car’s acceleration is tantamount to a shuttle launch. It exhibits no tendency to twitch sideways during blastoff, and the bucket seats, padded with leather and Alcantara, cuddle you more tightly than your first love did.

The interior is handsome but hardly luxurious. It displays enough carbon fiber and aviation metals to remind you constantly that this car is race-bred, like that original SLR 722 that Stirling Moss drove.

Moss once said that his 1955 Mille Miglia victory was the most challenging and frightening drive of his career. His car was one that demanded complete respect for its abilities. The new SLR 722 is neither a challenge nor a fright to drive, but you do have to respect its abilities.