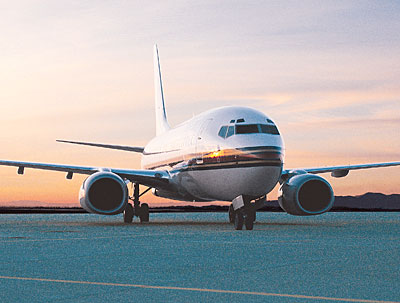 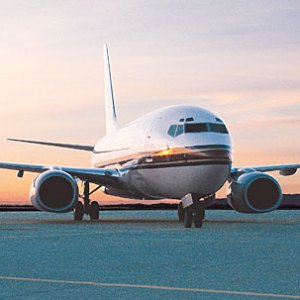 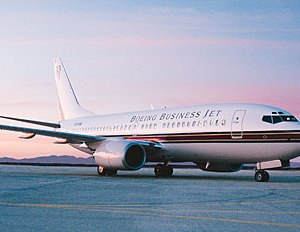 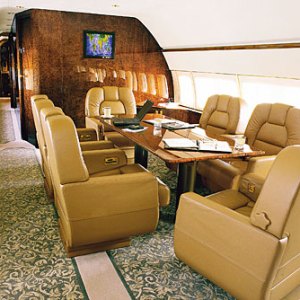 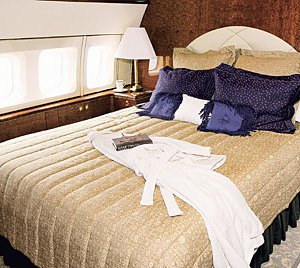 For a $45 million aircraft, the Boeing Business Jet has more drawbacks than one might expect. Other business jets fly faster and higher, and although the BBJ has ultralong-range capabilities, rare is the passenger who requires them. In addition, because of the size of the plane, many of the conveniently located regional airports do not allow the aircraft to use their runways. Its limitations notwithstanding, the BBJ is regarded by passengers and industry professionals alike as the ultimate aircraft for private flight. “In this segment, this is the queen of the fleet,” says Mark Atterbury, NetJets’ director of flight standards and safety. “It doesn’t get any better than this. The BBJ is absolutely the top of the heap.”

The drawing card for the BBJ, a derivative of Boeing’s commercial 737-700 aircraft, is the 807-square-foot interior that can be shaped into a flying home. Since introducing the plane in 1996, Boeing has sold 91 of the large-cabin aircraft. Many of the 75-plus BBJs that are currently in service belong to private owners, including several heads of state in the Middle East, as well as a model that Boeing owns to fly company executives and use as a demonstrator for prospective clients. However, several are owned by flight providers and are available for charter. Swiss charter and management company PrivatAir has three BBJs in its fleet. NetJets, the fractional ownership provider, is no longer selling fractional shares of the aircraft, but three of its four BBJs are available for charter through Marquis Jet. Several national charter brokers, including Sentient and Air Royale International, also offer flights aboard the BBJ. While they do not own the aircraft, the brokers tap a network of owners and charter operators that have the planes in their fleets. In turn, the brokers make the BBJs available to their clients when the owners are not using the aircraft.

A private owner of a BBJ can customize the interior according to his or her wishes—one owner ordered dark woods and leather surface treatments so the plane would resemble an English social club—but charter providers design their cabins with more broadly palatable, neutral themes. “It’s a fine line when you’re designing a very upscale machine like this,” Atterbury says. “It has to appeal to more than one client.”

Although one of NetJets’ planes was completed at Germany’s Lufthansa Technik and three were completed at Raytheon’s facility in Waco, Texas, the interiors of the aircraft are identical—light-colored leather, 18 seats, sleeping accommodations for 10, and three bathrooms, including a master bath with a shower and gold-appointed fixtures—so that regular passengers can fly aboard similar-looking aircraft each time they travel. “For people who aren’t pilots or don’t work in the industry, being trapped in an aluminum tube at 35,000 feet is an unnatural act,” Atterbury says. “We want them to be as comfortable as possible, in a setting they’re used to. We wanted to get away from the feel of an airliner, which is why you won’t see things like overhead compartments.”

Through the Marquis Jet program, which was launched in December and is limited to 100 members, fliers are granted travel time in the NetJets BBJs on a first-come, first-served basis. The program’s $125,000 annual fee reserves a slot and covers approximately eight hours of flight—the hourly rate is $15,696 plus tax—and members can purchase additional hours. Members are also responsible for ferrying fees when flights travel beyond NetJets’ primary service area, which includes every state except Alaska, the Bahamas, and major southern Canadian cities.

That Marquis’ program is structured for eight hours of flight per year supports the notion that most BBJ users do not take advantage of the plane’s long-range capabilities. With eight passengers, the aircraft can fly as far as 7,130 miles before requiring a fuel stop; Boeing has recorded a BBJ completing a 14-hour nonstop flight. Greg Thomas, CEO of PrivatAir, says those passengers who do use the plane for long-distance business travel view it as a mobile hotel room, but he agrees that the typical flight aboard the company’s 16-seat BBJ carries no more than eight passengers (either a family or a group of company executives) and lasts no longer than four or five hours. “In retrospect, having bedrooms in the aircraft is probably a waste of space,” Thomas says. “The bedrooms are used for baggage storage more than anything else.”

After considering both the Gulfstream V and Bombardier Global Express, PrivatAir ordered two BBJs in 1998, took delivery in 2000, and then commissioned Lufthansa Technik to complete the interiors. (PrivatAir also owns a 48-seat BBJ that resembles a commercial aircraft, with 12 rows of identical, forward-facing leather seats.) The 28-seater, which has flown several government delegations in the past year, features dark mahogany surface treatments and a carpet with a tartan design that Thomas describes as a “love-it-or-hate-it kind of plaid.”PrivatAir’s 16-seat BBJ, which Thomas says is even better suited for VIPs, has a more traditional interior of light browns and beiges and includes a conference table that would not look out of place in a corporate boardroom. The weight of that table, however, is only 5 percent of its terrestrial equivalent’s; Lufthansa Technik laid a veneer of wood over what it calls an “egg box.” According to Thomas, the interior components of the 16-seater, which also houses satellite TV and phone systems, together weigh 12,800 pounds. The cabin of one of Boeing’s original BBJs weighs 25,000 pounds, he notes, preventing the plane from flying its maximum range.

A small number of PrivatAir clients who can afford to fly aboard the BBJ have refused to consider the plane. “Some were very negative about the airplane,” Thomas says. “To them, it is a big, lumbering airliner compared to the lovely, sleek ‘Ferrari’ of the G-V. It makes too big of a statement when you arrive somewhere.”

Some of these clients also point to the BBJ’s limited maximum altitude of 41,000 feet as another drawback, while others are critical of its restricted access to airports. At New Jersey’s Teterboro Airport, one of the busiest destinations for business jets in the United States, the Port Authority of New York and New Jersey bars planes heavier than 100,000 pounds from using its runways; a typical BBJ weighs approximately 170,000 pounds.

While the cabin of PrivatAir’s 28-seat BBJ boasts a plaid carpet that clients either love or hate, passengers do not deny the comfort of the aircraft’s executive bedroom. (Click images to enlarge)

Such shortcomings did not prevent five new BBJs from being sold last year, and Boeing projects that sales will continue, especially in Russia and the Middle East. Also, Boeing expects the FAA to approve an increase in cabin pressurization aboard the plane. BBJ cabins currently are pressurized to an altitude equivalent of 8,000 feet, and Boeing is planning to increase the pressure so that the air feels like it does at 6,500 feet, which would provide a more comfortable environment. “This is really for the discerning passenger who demands a high level of service,” Thomas says of the BBJ. “That’s what we deliver.”

The following three private flight providers are among those that offer access to Boeing Business Jets.

Air Royale International. Air Royale, a national charter broker, has nine BBJs (four in the United States) available through its network of charter operators. Cost per hour ranges from $11,000 to $14,500, not including additional surcharges for catering and international landing fees. Air Royale requires eight hours’ notice before reserving a BBJ flight.

Marquis Jet. Marquis Jet, which offers 25-hour fractional shares in NetJets aircraft, recently launched its BBJ club. The program, which has a maximum enrollment of 100, charges a $125,000 annual fee, which reserves a slot in the club and covers approximately eight hours of flight time aboard one of NetJets’ three BBJs. Reservations are made on a first-come, first-served basis.

Privatair. PrivatAir, a national charter operator, has three BBJs (with 16, 28, and 48 seats, respectively) in its fleet. PrivatAir does not publish hourly rates, but it will quote prices to prospective clients and include surcharges such as landing fees, catering expenses, and costs for overnight stays.