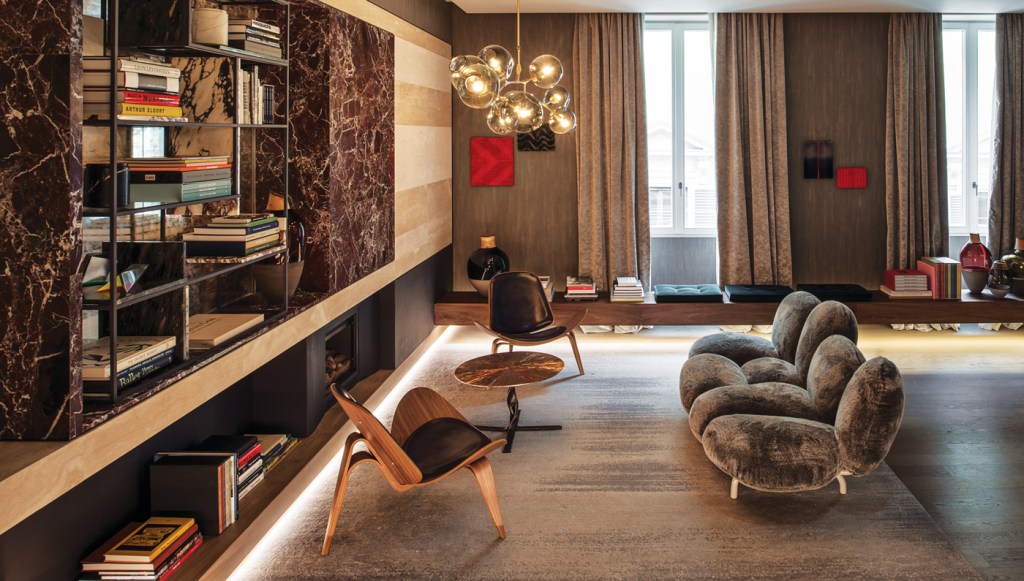 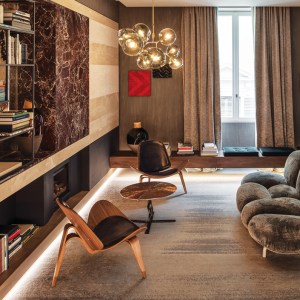 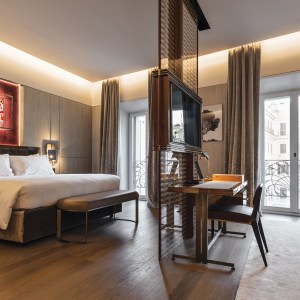 Joining the ranks of Italian fashion houses turned hoteliers, Fendi has remade its former headquarters in Rome as an exclusive seven-room retreat. Opened in December, Fendi Private Suites does not disappoint in the style department, with red Lepanto marble, Gio Ponti mirrors, and, of course, Fendi Casa furnishings. Each one-of-a-kind accommodation displays black-and-white photography by Fendi’s creative director, Karl Lagerfeld, who has been staying at the hotel regularly since its debut. The historic palazzo is also home to Fendi’s largest store, as well as an outpost of the Japanese restaurant Zuma.

WHAT: Fendi’s former Maison headquarters, transformed into a seven-room hotel and flagship boutique. WHERE: In the heart of Rome, opposite the Via Condotti and a short walk from the Spanish Steps. WHY: Couture and comfort collide at Rome’s most fashionable new address.