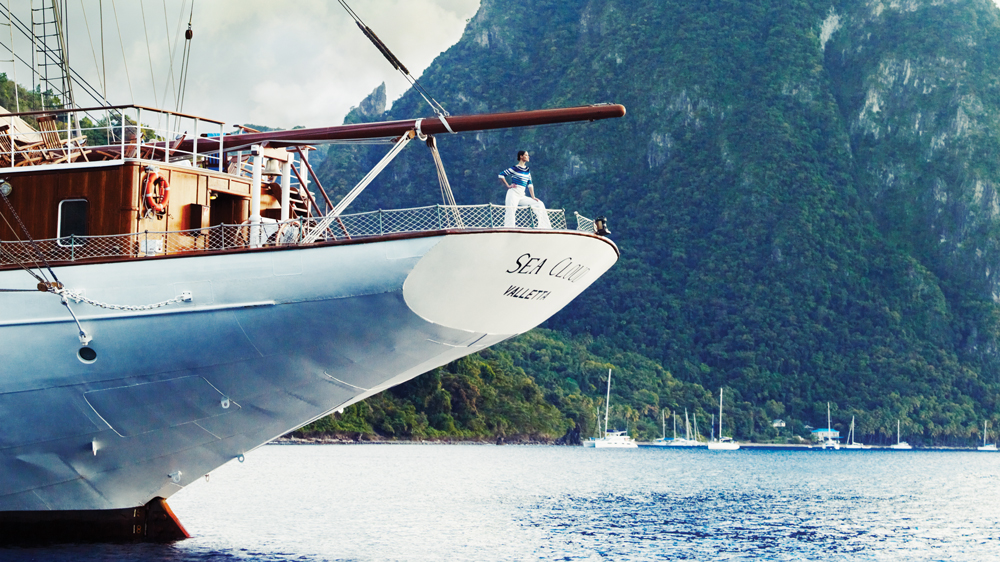 You can’t talk about the Caribbean without talking about the hurricanes. Ever since last fall, when the names Irma and Maria became forever synonymous with destruction—causing more than 3,000 deaths, the vast majority of which occurred in Puerto Rico—the conversation surrounding this idyllic chain of isles has been one of concern at best and anger at worst. But more than a year later, it’s time to change the subject. Ask anyone: From the Bahamas to Barbados, the word on the sand is that the future of these islands is happening right now.

That’s not to say everything is back to how it was before. But that’s the point: More than a year of blood, sweat, and tears—not to mention a whole lot of money—has given rise to a Caribbean reborn, where a fresh attitude is shaking up the old standards of luxury with rising culinary capitals, new adventures, and more than a few much-needed renovations. No doubt, there’s more work to be done, and the narrative of recovery tourism—the idea that to help these islands, the best thing one can do is visit—remains valid still. But we’re not suggesting a trip to the Caribbean as a means of charity. These islands are no consolation prize: They’re practically uncharted territory, and ready to be explored for what feels like the very first time. Here’s a blueprint for how to do it, starting with the five resorts that should be at the top of your winter wish list.

Cap Juluca is one of those resorts that die-hard regulars insist should never be changed. But those unimaginative bores will eat their words this month when they see the resort’s new and improved look under Belmond hotels. Not to worry, the property’s iconic Moorish architecture will still be intact (after all, there are some things that really are too good to improve). But inside those whitewashed walls will be plenty of welcome surprises, including more contemporary interiors in the rooms and long-needed updates to the former staid style of the open- air lobby. The old guard is sure to fall in line for the new look—and they might even come to love executive chef Andrew Gaskin’s innovative culinary program, too. A major step up for the island’s dining scene, the new offerings will include an offshoot of Venice’s Cip’s Club and a Peruvian-fusion restaurant that draws from Belmond’s hotels in Cusco and Lima.

Richard Branson’s legendary Necker Island hideaway in BVI must have nine lives. Just four years after a massive rebuild due to a devastating fire, the private-island resort was once again destroyed in October 2017—this time by Hurricane Irma. But nothing keeps this billionaire or his paradise retreat down: Branson relaunched his island’s Great House in October with 11 guest rooms (two more than it had before) and the promise of more to come next year, including a new and improved Bali High complex with three villas and a posh outdoor lounge.

Truth be told, Isle de France was our favorite St. Barts resort long before Cheval Blanc came into the picture. The breezy hotel on Flamands Bay always had just the right amount of island je ne sais quoi, with plenty of French flair—but not so much we forgot we were in the Caribbean. The takeover by LVMH’s hotel brand in 2014 brought better name recognition, but in many ways, this month’s reopening is the real relaunch we’ve been wait- ing for. More than a mere upgrade, the yearlong renovation has added 19 new rooms and re-envisioned all the interiors under the eye of France’s master of hospitality design, Jacques Grange. The new look also embraces the things we loved most about the old Isle de France: expanded gardens for more privacy in our bungalows, new restaurants with Mediterranean-inspired menus, and a wide crescent of beach that’s been fully restored after a brush with Hurricane Irma.

You don’t have to visit the resident energy guru at the new Chablé resort on Mexico’s Caribbean coast. In fact, you don’t have to do anything you might expect of the usual wellness resort. That’s because beyond the yoga pavilion and temazcal sweat lodge, the new property is really just a sexy beach hotel. The restaurants are helmed by chef Jorge Vallejo of Mexico City’s acclaimed Quintonil, the pool has a cool club vibe, and the thatch-roofed villas are mini oases in the middle of the jungle. There’s also a rooftop lounge with panoramic views of the beach, where the good energy gets even better after a few margaritas.

Laurence S. Rockefeller may have founded the original Dorado Beach, but Ritz-Carlton turned it into the singular destination that it is today. The resort has been a bastion of luxury on Puerto Rico since opening with its José Andrés restaurant and modern white-cube estates in 2012. But this year, Dorado proved it had substance as well as style, leading the march toward recovery by turning its post-hurricane renovation into a chance
to emerge better than ever. It wasn’t just a matter of optics— though the resort does have a fresh sheen, not to mention a new signature restaurant and the spectacularly redesigned Su Casa villa by Alexandra Champalimaud—it was a matter of building momentum in the aftermath of disaster. With 500 employees, the reopening of this icon proved more than a boost for tourism; it represented a return to normalcy for an entire community.