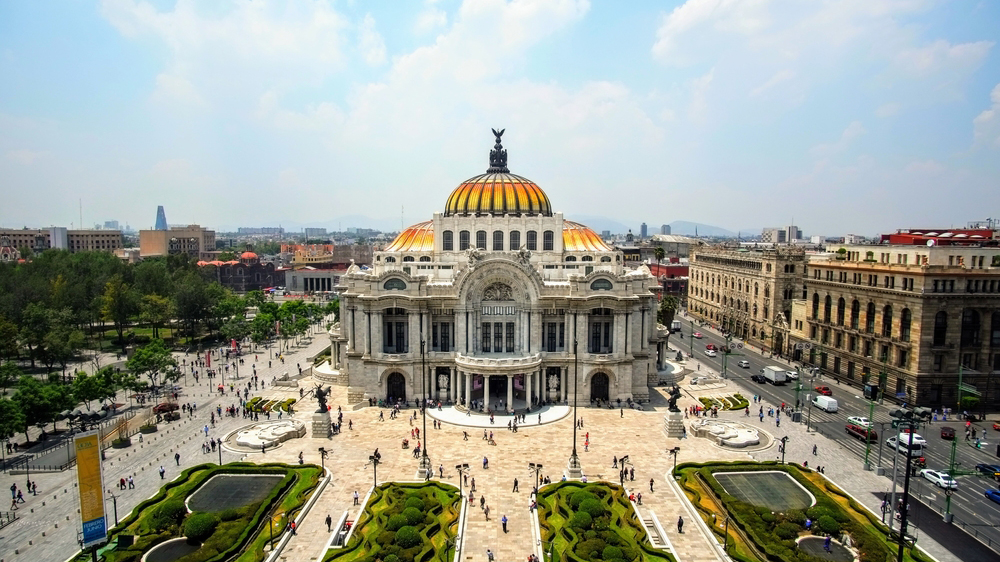 Learning a new language as an adult is a tricky proposition. In high school, I studied French, and after college I tackled Italian, yet never became fluent in either. And somehow, after living for many winters in Miami Beach, I had neglected to learn Spanish. At best, I could say, “caliente!” and “tacos!” but I mainly listened with a blank stare as my international friends chatted happily while giving me doleful looks. ¿Por qué no aprendes español? they’d ask me. But of course, I’d have no idea what they were saying.

Many programs make pie-in-the-sky promises about easy fluency, but, truthfully, there is no such thing. But when I found the elite Fluenz Immersion program in Mexico City, I knew I had discovered a brilliant—and luxurious—way to learn. Cosseted in stylishly renovated colonial mansions in the fashionable Polanco district, the weeklong program expands on Fluenz’s critically acclaimed digital language learning platform, kicking it into a higher gear with five hours a day of one-on-one instruction with an accomplished team of Spanish coaches. Designed by CEO and founder Sonia Gil, the program was specifically created for English speakers trying to learn Spanish. Fluenz’s high-profile clients have included the Navy Special Warfare Command, the United Nations, and Google.

“There’s no sense in disregarding the language you are coming from,” Gil explained to me in a pre-arrival telephone call. “There’s a grammatical structure in the brain. The question is how to translate efficiently.” That personal call, and meticulous attention to details, are what make the experience not only successful but also unforgettable.

The week began with an airport pickup by a personal driver who whisked my husband and me to our luxurious home for the next seven nights. After a relaxing walk and dinner at the one of the many boutique eateries in the district, we retired early in anticipation of a busy week ahead.

Each session—offered 26 times a year—is limited to ten guests. Before arriving, each student submits a written form outlining goals and answering questions designed to assess language proficiency. In my husband’s case, intermediate. Mine, the most basic beginner’s level. Our individual sessions were then tailored to our unique needs. In some sessions, students at comparable levels are paired to encourage conversation.

Over breakfast, we met our fellow students before setting off for a rigorous morning of instruction. “We try and balance what is attainable with what is difficult for each student, mixing ‘aha’ moments with more challenging ones,” says Gil.

Dining at Pujol is part of the education with Fluenz.  Photo by Daniel Patlán/Desde 1989

In addition to our mind-stretching classes, we reveled in the perks of the program, including . These included daily breakfasts and lunches made by a private chef (vegetarian and vegan meals can be arranged); an after-hours tour of the Aztec and Mayan wings of the Anthropology Museum; evening lectures, in Spanish and English, on Mexican history, art and politics; dedicated luxury concierge services; late-afternoon yoga (to relax the mind and body); visits to a private home designed by Pritzker Prize–winning Mexican architect Luis Barragán; and—my personal favorite—a multi-course tasting menu at Pujol, recently ranked number three on the World’s 50 Best Restaurants list. Spouses eager to visit without studying the language, can enjoy an individualized itinerary of daytime excursions to museums, pyramids and other historic Mexican landmarks.

Fluenz is an extravagant—and effective—upgrade from the old Rosetta Stone days. And it’s not alone. More luxury language immersion programs are available from the South of France to Costa Rica. Read on to explore four more.

Lingualand pairs 15 hours of French lessons per week with a magnificent château lifestyle at the estate of St Pierre de Serjac. Set amid 200 acres of Mediterranean countryside in the Languedoc, South of France, instruction is offered on-site by qualified professors from the Centre Hobson, located in the nearby historic town of Béziers. When they’re not learning the language (or lolling poolside), students can enjoy a chauffeur-driven ride to one of five add-on activities: golfing, horseback riding, catamaran sailing, spa pampering, or wine-and-oyster pairing.

Enjoy the amenities of a Relais & Châteaux five-star hotel while polishing your language skills with the Spanish Immersion add-on offered at Nayara Springs, an exclusive, adults-only resort in the lush and pristine rainforest in Costa Rica. As part of the program, staff will be alerted to speak only Spanish to guests, with additional learning offered through conversation and lessons. A private birdwatching tour in Spanish takes place in the surrounding Arenal Volcano National Park, home to spectacular tropical plants and wildlife. Or study your Spanish-English dictionary in a private plunge pool fed by natural mineral hot springs. Arrive and depart in style via the hotel’s own Piper Meridian Turbo-Prop.

As its name implies, Language & Luxury offers hand-tailored language-learning experiences coupled with upscale accommodations. Stay from one to three months, receiving two hours per day of one-on-one instruction in your chosen language—French, Italian, Portuguese, or Spanish—in sublime foreign destinations including Paris, Rome, Porto, and San Sebastian. When you’re not studying, your personal concierge can suggest activities designed to encourage conversation as you explore your host city. In each location, accommodations are handpicked gems, all four- and five-star-equivalent villas and flats located in the best neighborhoods for cultural immersion. A smattering of intimate boutique hotels is included in some destinations.

Learn to parle francais while hitting the slopes at the Alpine French School, located in Morzine, a luxury ski resort in the French Alps that’s close to the Swiss border. From the moment of check in at Chalet Guytaune—where Champagne, canapés, and a hot tub awaits—students enjoy unparalleled luxury. Each day begins with a hearty breakfast, followed by an exhilarating morning of skiing and snowboarding. Après-lunch, intensive language classes (15 hours per week) are offered by native-speaking instructors. Relax in the evenings with a four-course meal with paired wines, crafted and served by the chalet’s French chef.