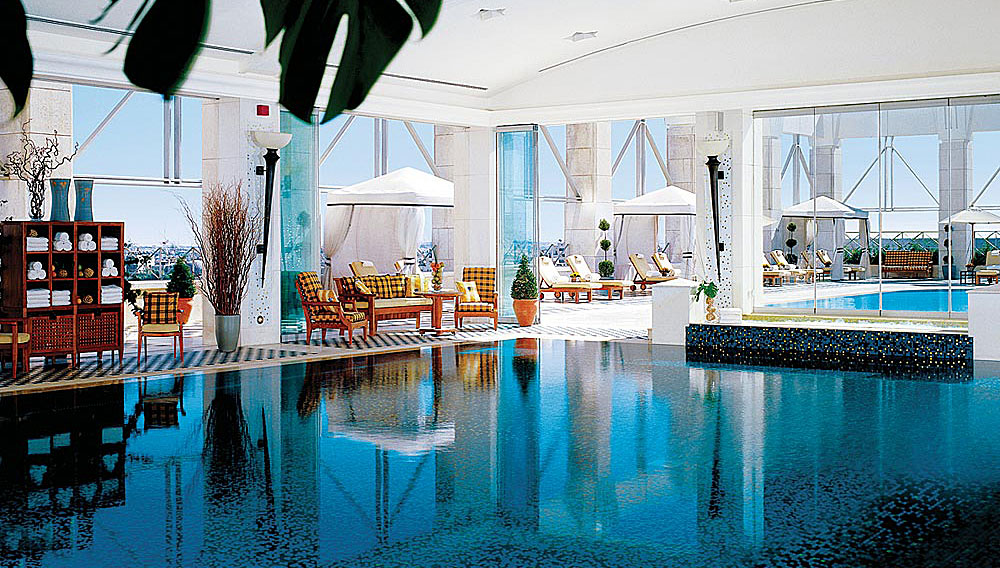 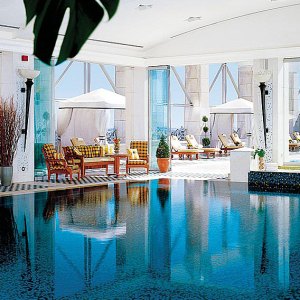 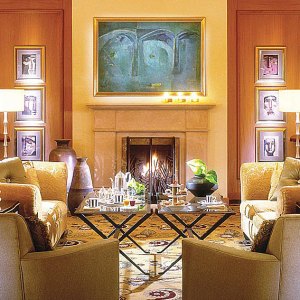 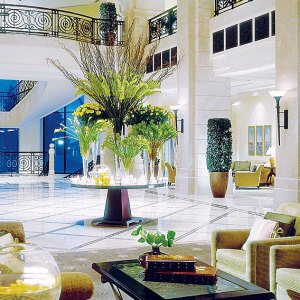 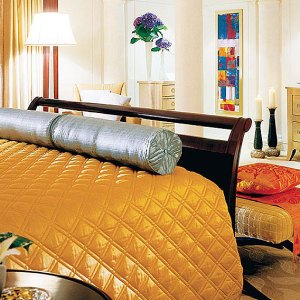 From their perch atop the highest of Amman’s seven hills, guests by the pool at the Four Seasons can gaze on the expanse of whitewashed structures that earned Jordan’s largest metropolis its nickname of the White City. Attendants mist sunbathers with cold water and polish their sunglasses to ensure that the view is uncompromised. Those who prefer shade also need not compromise, for the hotel’s 52-foot-long indoor pool—lined with Italian glass mosaic and gold leaf—is bordered by floor-to-ceiling windows. Located between Amman’s shopping and financial districts, the five-year-old Four Seasons greets guests in a grand lobby, where marble pilasters and arches recall Jordan’s ancient architectural sites. From his post in the lobby, the hotel’s concierge will arrange tours of such sites as Petra, a city carved out of red sandstone cliffs by the Nabateans in the third century B.C. Guests also can ride camels in Wadi Rum national park, retrace Moses’ journey to Mount Nebo, and wade in the Dead Sea. Accommodations The 192 guest rooms and suites are the largest in Amman. The opulent two-bedroom Royal Suite includes a Dining room with seating for 12 and balconies that provide 180-degree views of the city. Facilities A spa, wellness center, Jacuzzi, and indoor and outdoor swimming pools, plus an 11,840-square-foot ballroom, three boardrooms, and a 24-hour business facility. Dining Italian at Vivace, contemporary Asian cuisine at Asia, Middle Eastern and Mediterranean buffet at Seasons, light fare and afternoon tea at the Foyer Lounge, and cocktails and hors d’oeuvres at the Square Bar. Concierge Recommends Explore some of the world’s most significant biblical sites, including Mount Nebo and the River Jordan. Rates From approximately $300 to $5,400.