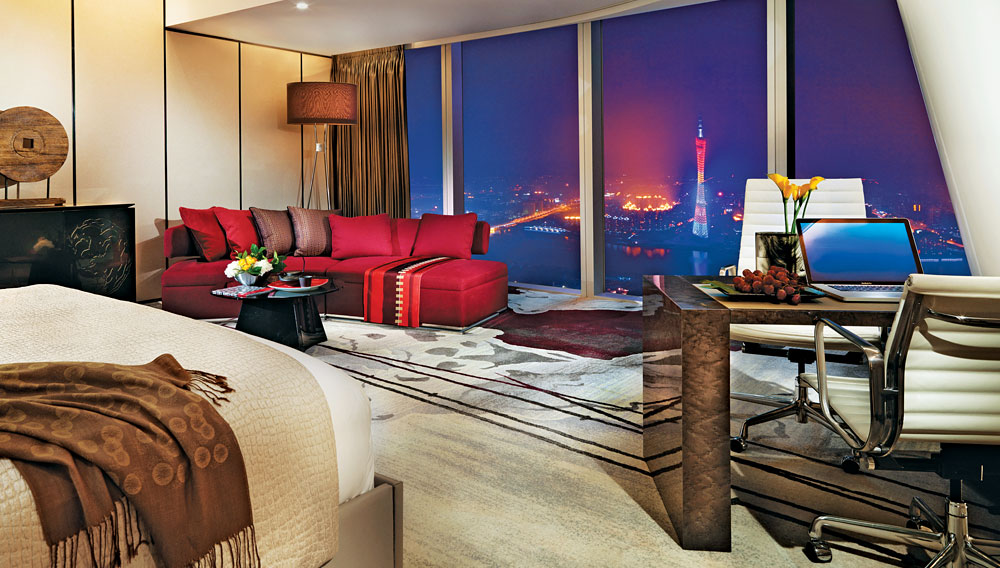 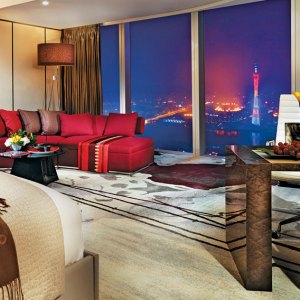 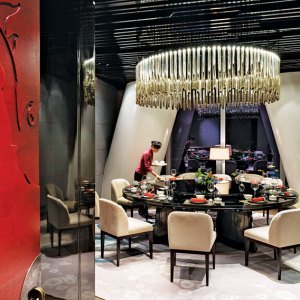 To support the 103-story International Finance Center, tapering columns plow through the Four Seasons’ interiors at varying angles. The hotel’s core is a triangle-shaped atrium that plunges 34 stories, projecting prisms of white light into the stark 70th-floor lobby. While the structure is dazzling, its interiors, by the global design firm HBA, are restrained and elegant. The 344 guest rooms feature modern Italian furniture and contemporary Chinese art.

Throughout the Four Seasons, artworks curated by HBA’s in-house consultancy reflect a four-seasons theme: from spring on the lobby floor to winter on the top floors. On the 99th floor, disks of rare, multicolored agate cover an illuminated counter at Tian Bar, one of the hotel’s six spots for food and drink. Four Seasons Hotel Guangzhou, +86.20.8883.3888, www.fourseasons.com