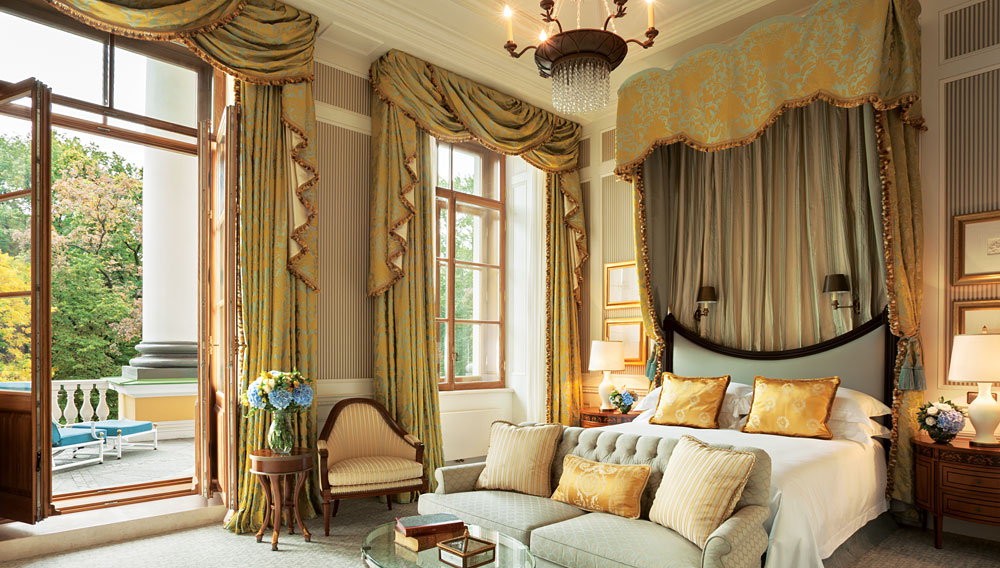 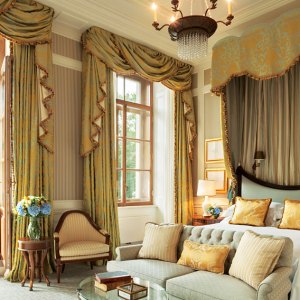 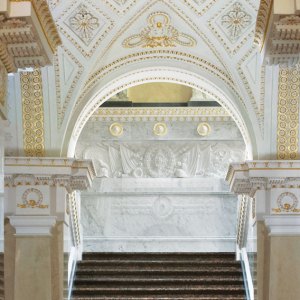 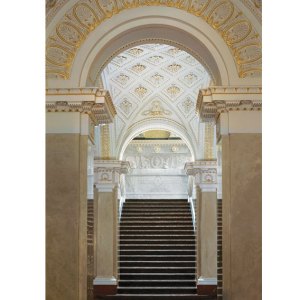 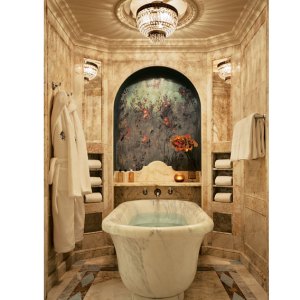 The 19th-century structure that houses the new Four Seasons Hotel Lion Palace St. Petersburg was originally an apartment complex for Russian nobility. Following a decade-long renovation—and nearly a century after the fall of the Romanov Dynasty—the property opened in June as Four Seasons’ first hotel in Russia.

Located a short walk from the State Hermitage Museum and Palace Square, the Lion Palace—as the building has long been known because of the two marble lion statues flanking its entrance—features an exterior marked by pastel-yellow walls and white columns. Among the hotel’s 183 rooms are 26 suites, which include nine accommodations on the nearly 20-foot-tall second floor. The floor’s 1,636-square-foot Lobanov Presidential Suite ($16,000 per night) is named for the palace’s original owners, Prince and Princess Lobanov-Rostovsky.