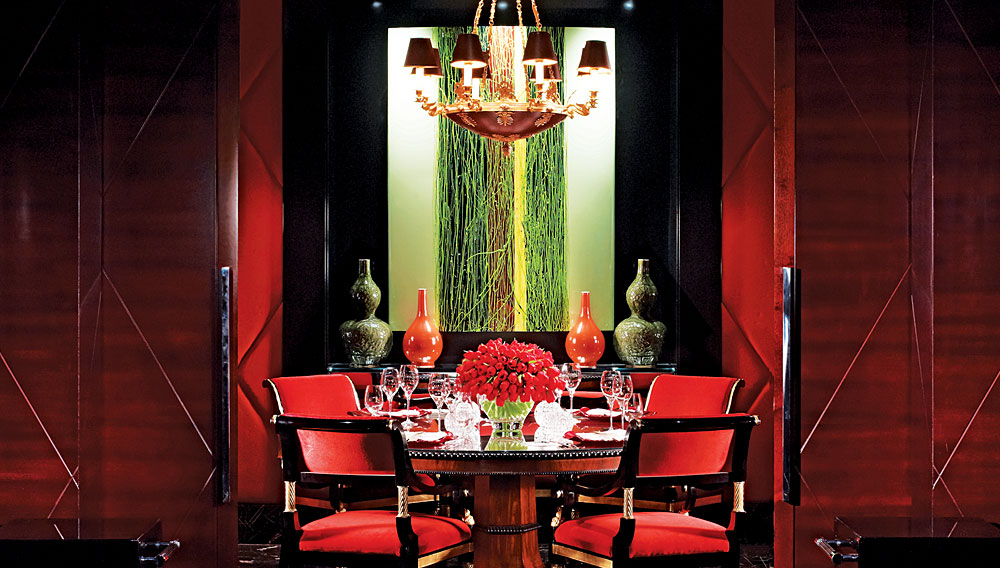 In 1970, Four Seasons Hotels and Resorts founder Isadore Sharp opened his first property in Europe, the 227-room Inn on the Park in London. Later renamed Four Seasons London, the modern tower offered a less stuffy alternative to the city’s old-guard hotels. But after nearly 40 years, the Four Seasons had become a bit too old-fashioned itself, with dated technology and an abundance of chintz and floral prints. The hotel closed in 2008 and, following a $200 million reinvention, reopened in January as the Four Seasons Hotel London at Park Lane.

The 192 guest rooms and suites at the Four Seasons are now decorated—the work of Pierre-Yves Rochon—in a soothing palette of beiges and browns. The French designer took a more dramatic approach in the 10-story hotel’s public areas, once forgettable spaces that are now awash in vivid colors and patterns. The sprawling ground floor incorporates cozy sitting areas with fireplaces; a semiformal Italianate restaurant (above); and a dimly lit bar lined with wine bottles.

The hotel’s pièce de résistance, however, is its spa. Set in a steel-and-glass aerie on the 10th floor, the facility offers views of the London Eye, Big Ben, and, just across Park Lane, the emerald expanse of Hyde Park. Four Seasons Hotel London at Park Lane, +44.20.7499.0888, www.fourseasons.com (See Robb Report’s “Concierges’ Guide to London,” for additional information on the Four Seasons and other top hotels, restaurants, and more.)