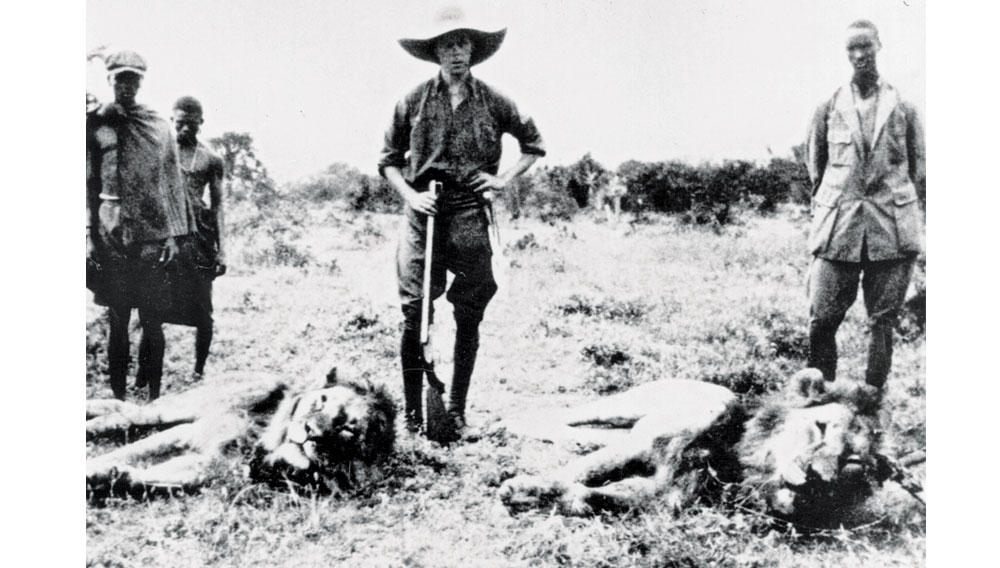 “One does not travel by plane,” Karen Blixen once wrote. “One is merely sent, like a parcel.” This observation resonates more poignantly today than it did in the mid-20th century, yet even in our present state of perpetual motion, we occasionally recognize what the Danish author understood so keenly: that a true journey takes place as much in the mind as aboard an airliner or cruise ship. “I have always had difficulty seeing how a landscape looked, if I had not first got the key to it from a great painter,” she noted. “Constable, Gainsborough, and Turner showed me England. When I travelled to Holland as a young girl, I understood all that the landscape and the cities said because the old Dutch painters did me the kind service of interpreting it.” Similarly, under the nom de plume Isak Dinesen, she interpreted the landscapes and cities of Africa for multiple generations—not with brushstrokes but with words.

The epic literary trek that gave us Out of Africa and Shadows on the Grass began in 1912, when Karen Dinesen became engaged to her Swe­dish cousin, Baron Bror von Blixen-Finecke—a big-game hunter in Africa—and moved from Copenhagen to British East Africa, now Kenya. For the bride, the appeal of that continent, which continues to stir the imagination (see “Salt of the Earth,” page 64, and “Sea Change,” page 90), may have stemmed as much from a desire to escape the haut bourgeois existence of her mother’s family, by whom she was raised, as from a wish to follow in the footsteps of her adventurous father, Wilhelm Dinesen: a soldier and journalist who in the 1870s made an expedition to the frontiers of North America, where he hunted, fished, and fraternized with the Chippewa.

With money furnished largely by Blixen’s family, the couple purchased a coffee plantation outside of Nairobi, where the people of the Kikuyu tribe were settled. There, life became a prism through which daily events and struggles appeared mythical in scale, and Blixen soon looked upon Africa itself as an artistic unity. “The natives were Africa in flesh and blood,” she wrote. “The tall extinct volcano of Longonot that rises above the Rift Valley, the broad mimosa trees along the rivers, the elephant and the giraffe, were not more truly Africa than the Natives were…. All were different expressions of one idea, variations upon the same theme.”

But, as Blixen grew attuned to these African harmonies, her marriage to Bror sounded notes of discord. With the outbreak of World War I, East Africa became a battleground for British and German troops, making labor and supplies scarce. Drought exacerbated an already difficult situation, as did the Blixens’ reckless accumulation of debt. Then, in 1915, Blixen came down with an illness that Nairobi doctors diagnosed as syphilis—presumably a wedding gift from her roving husband. She returned to Denmark, where she was treated with mercury for three months; following her return to Africa, she and Bror divorced.

This parting did not end her song of Africa; instead, it seemed to signal a new beginning, as her long friendship with Denys Finch Hatton, an aristocratic big-game hunter and aviator, flowered into a love affair that later inspired her to write in English as well as Danish. Yet Africa, as she often observed, was a colorful composition of shifting extremes, and her life there proved no different. In 1931 the coffee plantation at last failed, and shortly thereafter, Finch Hatton crashed his de Havilland airplane while scouting elephants. In Out of Africa, she reflected on fate’s fickle turns: “The natives have, far less than the white people, the sense of risks in life,” she wrote. “[They] had preserved a knowledge that was lost to us by our first parents; Africa, amongst the continents, will teach it to you: that God and the Devil are one.” Thus, if she made her way back to Denmark broke, alone, and in declining health—likely the result of heavy-metal poisoning from medicinal mercury—she found in her misfortunes a strange salvation. Drawing on her African experiences, she took up her mental travels, penning the tales that continue to carry readers on voyages of discovery.

Corrections: In the November 2011 issue, the FrontRunners section should have described the Qipao bracelet from Ultimate Adornments by Harry Winston as containing 702 diamonds weighing a total of 27.72 carats. The starting price for items in that collection should have been given as $37,000. The department “Top of the Glass” in the December 2011 issue should have listed the prices of the 60- and 70-inch versions of the Elite LCD as $5,999 and $8,499, respectively.