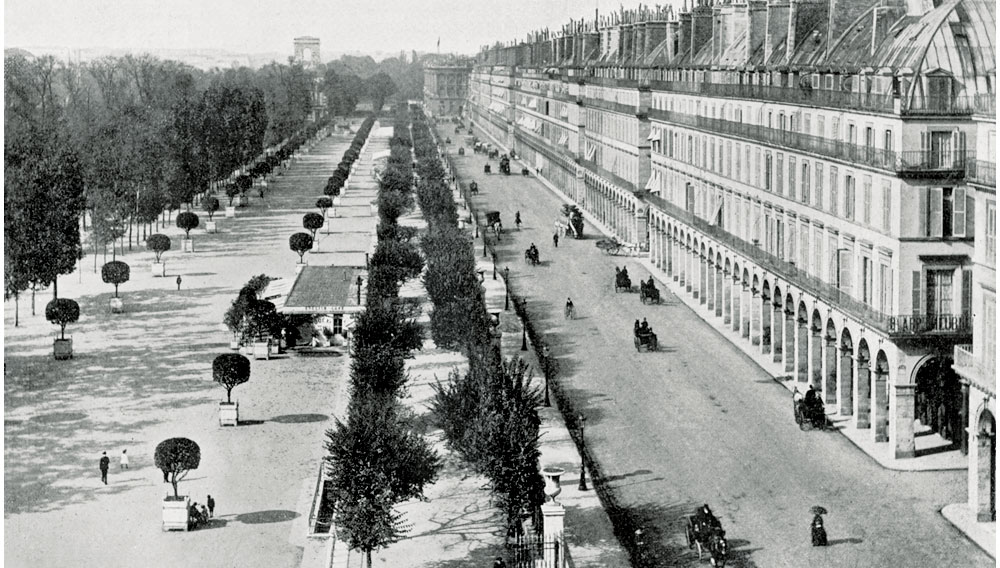 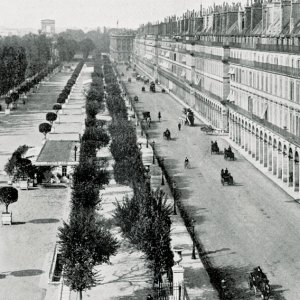 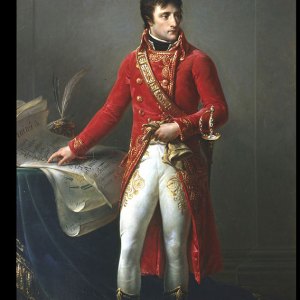 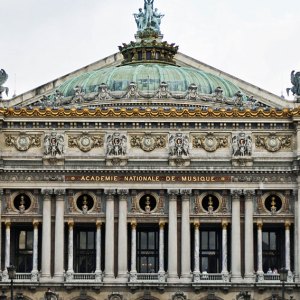 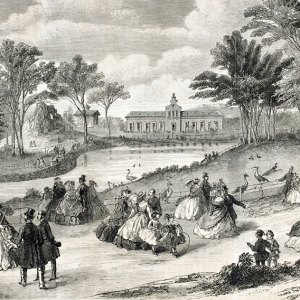 No other metropolis enjoys Paris’s particular reputation as a center of style and culture. Yet the City of Light, which serves as the backdrop for this month’s fashion feature (see “Man About Town“), was not always so well lit, nor were its inhabitants always so enlightened. The French capital we know, after all, is in large part a modern contrivance—a precisely cut and polished jewel in comparison to the crude, well-worn, and irregular formation that emerged from the Middle Ages. At the end of the 18th century, its streets were as dark, crooked, and confused as the state of French politics. Within the city’s alleys, the underclass—drunkards, delinquents, and the dispossessed—nursed their rancor and, with alarming regularity, rose up in rebellion.

In the span of only a few decades, the citizens of Paris stormed the Bastille, applauded the arrival of the First Republic, indulged Napoléon Bonaparte’s imperial ambitions, and embraced the restoration of the Bourbon monarchy. More than one observer noted the part the city’s tangled streets played in the fickle populace’s frequent outbreaks of unrest. One of these spectators was Louis-Napoléon Bonaparte, the exiled nephew of Emperor Napoléon I, who made two unsuccessful sorties into France—one in 1836 and another in 1840—with the aim of unseating the Orléans monarchy; on both occasions, the volatile disposition of the French people resulted in his arrest. Thus, after his election in 1848 as president of the Second Republic, Bonaparte determined to secure his position against the caprices of the electorate by staging a coup d’état. During this siege, troops dispatched to quell disturbances were fired on from the windows of the narrow alleyways; in the violence that followed, more than 100 people were slain, small children among them. This episode confirmed for Bonaparte, who proclaimed himself Emperor Napoléon III, the necessity of mastering the anarchic streets of the capital and bringing its inhabitants to heel.

The new ruler resolved to remake the city, enhancing it with sweeping parks—such as he had known while exiled in London—and broad, intersecting boulevards. These improvements, however, offered practical as well as aesthetic advantages: The open spaces would replace the medieval slums in which the seeds of insurgency sprouted, and the new thoroughfares would be too wide for the citizenry to barricade.

The man selected to undertake these feats of urban engineering was Georges-Eugène Haussmann, who became prefect of the Seine in 1853. In his own way as autocratic as the emperor, Haussmann mapped out a geometric city reconceived according to rational principles and aligned with the regime’s political aims. The two men divided Paris into districts, or arrondissements; expropriated and demolished the old slums; and installed new water and sewer systems.

Funded by massive government borrowing, Haussmann regulated everything from the balconies on facades to the seats in theaters; he even developed a never-implemented scheme to dig up the deceased from cemeteries within the city and relocate the remains to necropolises in the suburbs. Yet, even the emperor’s authority and finances had limits. In 1869, a widely circulated exposé on the prefect’s prodigal spending revealed that 40 percent of the municipal budget went to interest payments on debt. Napoléon, under fire from liberal elements, asked his chief urban planner to resign, but Haussmann refused. “A man like me does not tender his resignation,” he said. “A man like me is either sacked or kept on.”

In 1870, the emperor exercised the former option, though he would soon meet a fate similar to his master builder’s. When the Franco-Prussian War erupted that same year, Napoléon, refusing to turn over the military to a more capable commander, led his troops against the superior forces of Prussia and was captured at the Battle of Sedan. Days later, back in Paris, the elaborately engineered order of the Second Empire quickly gave way to chaos. Amid the familiar cries of “Vive la République,” France’s last emperor was summarily sacked.

Correction: The photo of the Bentley Continental GTC that appeared in the Wheels section of the June 2012 issue (“Convertibles,” page 94) was of an older version of the car. Visit http://robbreport.com/Paid-Issue/Best-of-the-Best-2012-Convertibles-Bentley-Continental -GTC to see the story and the correct image.