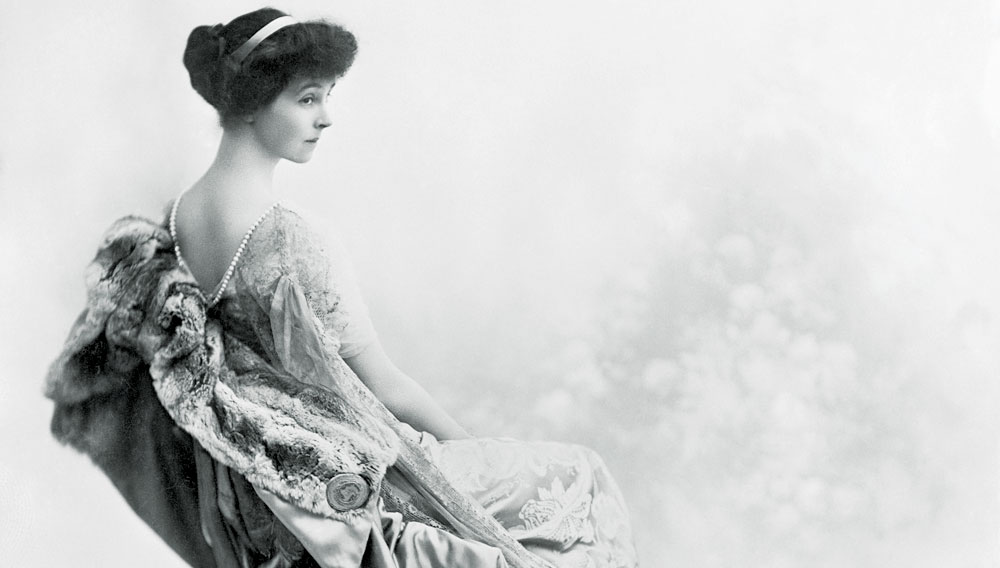 Although the private club remains alive and well (see “Nightlife Ascending,” page 113), at no point in history did it play so significant a part in determining one’s social destiny as in 19th-century New York. For the ambitious man, admittance to the Knickerbocker, Union, or Metropolitan placed him in profitable proximity to such exponents of capitalism as John Jacob Astor, Cornelius Vanderbilt II, and J. Pierpont Morgan. Yet the most rarefied institution to which the upwardly mobile American could aspire was more accessible to women: the British peerage.

The staggering wealth minted during the Gilded Age awakened in the patrician class an appetite for the trappings of inalienable privilege enjoyed by the English aristocracy. But baronial homes and liveried footmen failed to appease these Anglomaniacal impulses, and by the 1870s, it became the fashion among the country’s first families to acquire titled sons-in-law.

One of the most intrepid of these matches was the marriage of Con­suelo Yznaga del Valle—daughter of a cotton-plantation owner and a New York socialite—to the Viscount Man­deville, son of the seventh Duke of Man­chester. This alliance caused a sensation in the press, as Mandeville was an unprepossessing figure with no fortune and only a title to recommend him. As the New York World noted, “Manchester is the poorest duke in Burke’s peerage, financially and in morals.” Still, the groom was a friend of the Prince of Wales, and the bride’s family could take satisfaction in the fact that their daughter—as the Duchess of Manchester—became a favorite at Sandringham and Windsor Castle.

The British aristocracy, for its part, regarded such matrimonial experiments—if not the dowries that accompanied them—with dismay. As Lady Randolph Churchill observed, “[The American heiress’] dollars were her only recommendation, and each was credited with the possession of them—otherwise what was her raison d’être?” Lady Randolph, née Jennie Jerome, had gained this insight firsthand, having married the seventh Duke of Marlborough’s third son only two years before the nuptials of Lady Mandeville. Although the duke—whose income of £40,000 a year proved unequal to the upkeep of his monumental residence, Blenheim Palace—disapproved of his son’s choice, he nevertheless entered into lengthy and often bitter negotiations with his prospective daughter-in-law’s father, wealthy financier Leonard Jerome. The two men eventually reached an agreement on the financial settlement, though not without quibbling through their lawyers over who would pay the cost of postage and telegrams. In the end, the duke and duchess had the last word: Both were conspicuously absent at the Paris wedding. Despite the acrimony, this match was not entirely passionless: The couple’s son, Winston Churchill, was born little more than seven months after the ceremony.

The burden of Blenheim, which forced the duke’s hand, furnished other generations of American heiresses with hypergamous chances as well. In 1893, Mrs. William K. Van­derbilt, while visiting the Vice­roy and Lady Lansdowne in Calcutta, India, determined to engineer the engagement of her daughter to their guest, the ninth Duke of Marlborough, nephew of Lord and Lady Randolph Churchill. Her daughter, Consuelo (pictured)—named for her mother’s best friend, the Duchess of Manchester—had secretly accepted the proposal of an Amer­ican suitor, but Vanderbilt, undeterred, arranged for the cash-strapped duke to stay at Marble House, her cottage in Newport, R.I. Her plan nearly backfired: After paying a call to his hostess’ sister-in-law, Alice Vanderbilt, at her even more imposing seaside palace, the Breakers, the nobleman decided to propose to her daughter Gertrude instead; unfortunately for Consuelo, her cousin refused. After the November 1895 wedding, Consuelo’s father signed into trust for the duke a sum of $2.5 million and guaranteed the couple an income of $100,000 a year—most of which the groom poured into refurbishing his ducal white elephant. The duchess later recalled that a friend of her husband, noting the improvements to the sprawling house, declared, “There are uses for American heiresses and their money after all!”