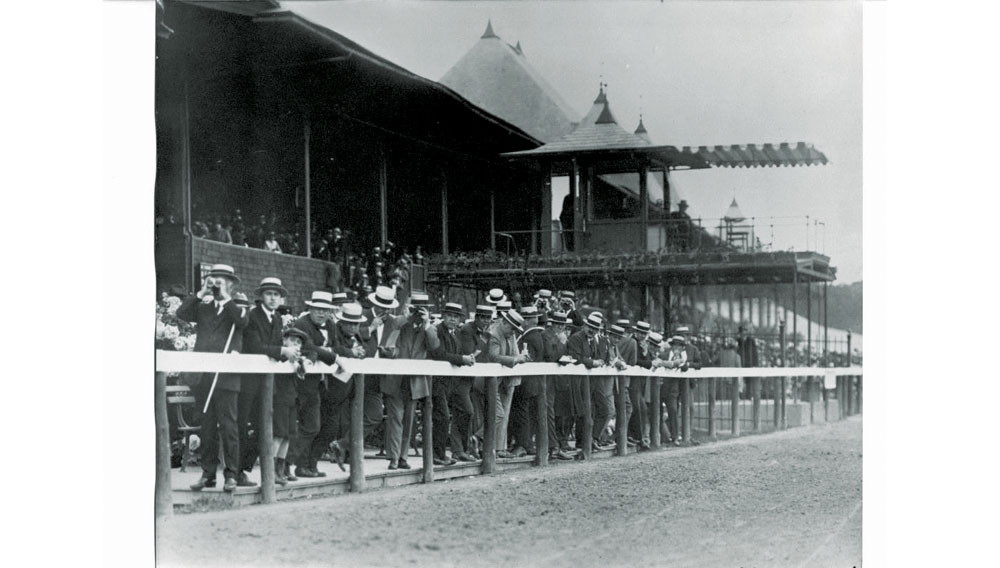 The building at 867 Madison Avenue, known as the Rhinelander mansion, has served practically every purpose except that for which its original owner, Gertrude Rhinelander Waldo, intended it. Waldo did not move into the five-story French Renaissance palace after construction was completed in 1898; in fact, the structure remained empty until the early 1920s, when the first floor was converted into retail shops—a portent of the neighborhood’s imminent commercial future. After sheltering a photography studio and various types of offices, the subdivided building was reintegrated in the 1980s as the flagship store of designer Ralph Lauren, who recently altered many of the mansion’s stately interiors to create gracious clublike spaces for the most important clients of his menswear lines (see “The House that Ralph Built,” page 106).

Long before Lauren’s arrival, however, another owner of establishments catering to well-heeled gentlemen occupied a distinguished address on Madison Avenue. At the time when the Rhinelander mansion was built, Richard A. Canfield, a Mayflower descendant and manufacturer of glass bottle stoppers, resided at number 503. This portly New Englander was better known to the sporting set as Dick Canfield, a gambler and proprietor of two of the most notorious and glamorous gambling establishments in the world: an elegant brownstone at 5 East 44th Street and a dazzling casino near the racetrack (pictured) at Saratoga Springs, N.Y.

Born in New Bedford, Mass., in 1855, Canfield embarked on his career when he began playing cards at several summer resorts in Rhode Island and discovered that he possessed a talent for gaming—as well as uncommonly good luck. He parlayed these two assets into a $20,000 stake and—after a sojourn in Europe, whose gilded casinos contrasted dramatically with the gambling halls he knew back home—opened his own parlor in Providence. He aspired to emulate the luxurious surroundings he had enjoyed in Monte Carlo, but he did not realize this ambition until he moved to New York City and settled into the house one door down from Delmonico’s on East 44th Street.

This discreet edifice was known to its multimillionaire clientele as the place “next to Del’s.” Its bronze doors opened into a vestibule, where visitors waited while Canfield’s operatives scrutinized them through a peephole. Those who passed inspection were admitted into salons that, except for the roulette wheels and faro boxes, were indistinguishable from those of the metropolis’ most patrician dwellings. Betting took place on an epic scale. Clients frequently won or lost six-figure sums in a single evening, and it was common knowledge among regulars that, by his 21st birthday, Reginald Vanderbilt, son of Cornelius Vanderbilt II, had written the house IOUs amounting to $300,000.

Happily, most patrons paid their debts in cash, and by 1892 these profits enabled Canfield to buy the Saratoga Club, which he transformed into an elegant villa surrounded by Italian gardens and statuary. There, French chef Jean Columbin presided over the country’s most expensive restaurant, while upstairs the gaming tables hummed. Canfield had achieved his dream.

Even in his misfortunes, Canfield was fortunate. When New York County District Attorney William T. Jerome raided East 44th Street on December 1, 1902—seizing a cache of gaming equipment concealed behind a false wall, as well as young Vanderbilt’s IOUs—Canfield charged him with conducting an illegal search. Jerome subpoenaed Vanderbilt, who—adhering to the code of his class—fled the D.A.’s jurisdiction and evaded process servers for two years, until the most serious charges against Canfield were dropped in January 1904.

Canfield’s extraordinary run of luck did not give out until 1914, seven years after he sold his upstate casino to the city of Saratoga Springs. In December of that year, he slipped on the steps of a subway station and struck his chin. Despite his doctors’ concerns, the legendary gambler insisted that he was merely bruised and returned to his home on Madison Avenue. The following day, he died suddenly from a contrecoup fracture to the base of the skull sustained during his fall. His final bet had not paid off.

Correction: Stirling Elmendorf should have been credited for the photograph of The Jefferson, Washington, D.C., that appeared on page 126 of the June 2010 issue.