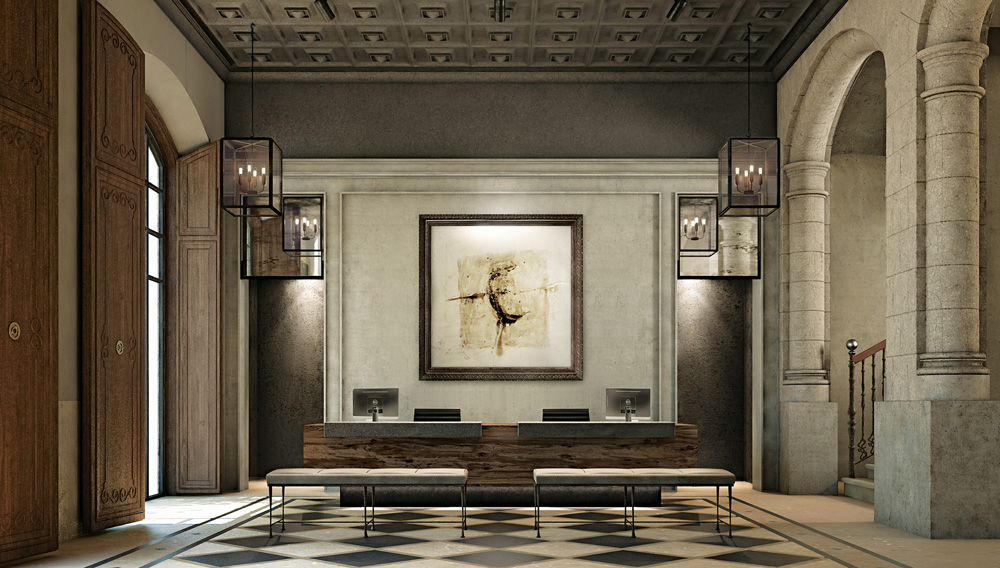 Occupying a 19th-century mansion within Mallorca’s historic walled city of Palma, the new Sant Francesc Hotel Singular (hotelsantfrancesc.com) is a surprisingly sleek and understated take on the traditional Mallorcan manor house. The hotel opened in March with a perfectly curated combination of old and new: Contemporary paintings and photographs hang above a mix of antique and modern furnishings; sleek chandeliers sparkle beneath restored ceiling frescoes; and at Quadrat Restaurant, crisp Mediterranean fare is served atop rough-hewn wooden tables in the estate’s former stables. Guests are gifted with the region’s traditional symbol of hope—a ribbon-tied bouquet of wheat—in each of the 42 rooms and suites, which offer views over the casco histórico or toward Palma’s magnificent 17th-century gothic cathedral. From the hotel’s rooftop pool terrace, visitors can also glimpse the famed Balearic beaches and Tramuntana mountains while sipping an agua bendita, the hotel’s signature gin cocktail infused with apple, Chartreuse, and lavender syrup.