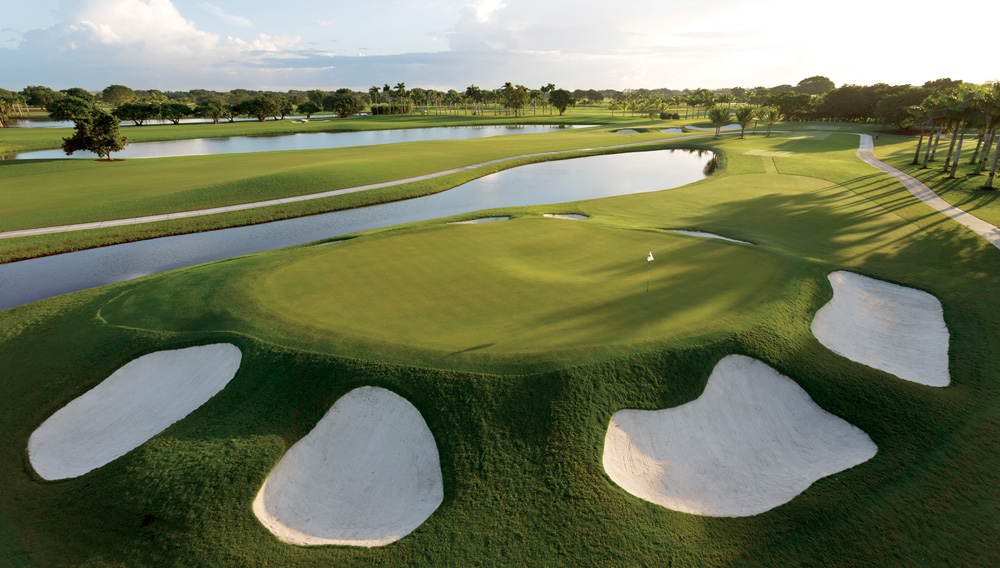 When the legendary Blue Monster golf course reopened at Miami’s Trump National Doral resort (trumphotelcollection.com) in time for the PGA Tour’s WGC-Cadillac Championship in 2014, the golfing world took notice. The newly renovated course — the handiwork of the architect Gil Hanse—added 15 strokes to the tournament’s winning score. Upping the ante once again, the resort’s Red Tiger course reopened in January after another landmark renovation by Hanse. With highlights including two island greens and a challenging drivable par 4, Red Tiger offers a fair test for golfers of all ability levels. The course’s reinvention, which also saw the expansion and addition of lakes and canals, marks one of the final touches of the Trump Hotel Collection’s $250 million update of the Doral resort.