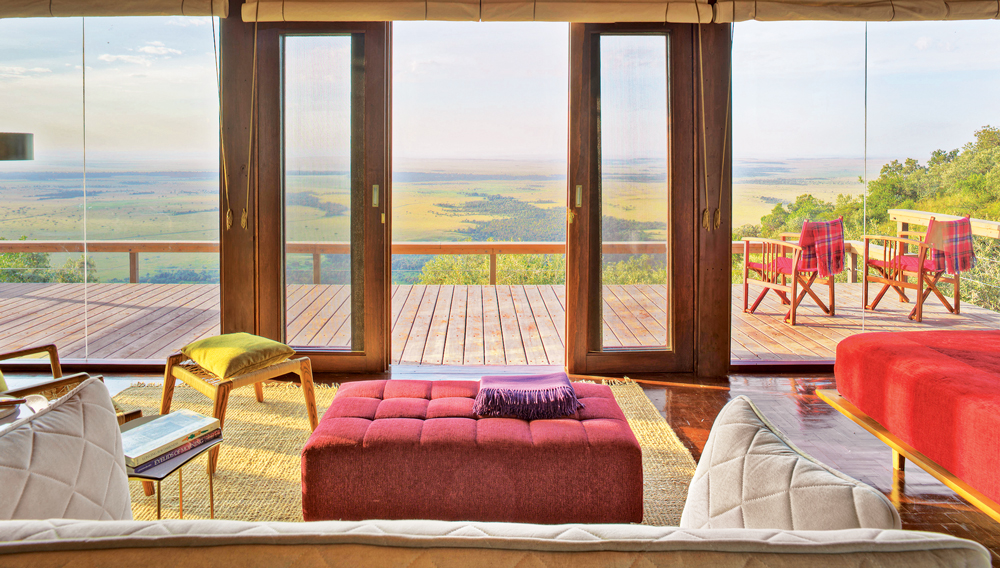 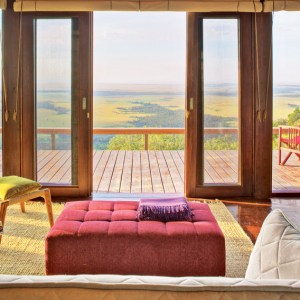 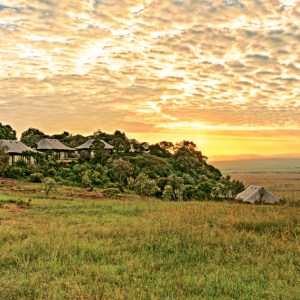 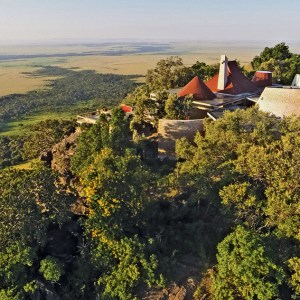 The Swahili word angama means “suspended in midair.” Angama Mara (angama.com)—a new 30-tent safari lodge neighboring Kenya’s Maasai Mara National Reserve—seems to be just that from its perch high above the savanna on three kopjes (hills) of the Oloololo Escarpment. Opened in June, the property overlooks the Mara Triangle, a hotbed for lions, elephants, leopards, migrating wildebeests, and other high-profile animals. Guests can view the wildlife from their cliff-top canvas-and-glass tents, which feature galvanized bathtubs inside and sprawl­ing decks outside. Twice-daily game drives through the 197-square-mile triangle also reveal a range of species. Post-safari diversions include a swimming pool, in-tent massages, and a library adorned with nods to the 1985 film Out of Africa, part of which was shot on the escarpment. Should visitors crave a greater sense of angama, the lodge also offers hot-air-balloon rides at dawn.