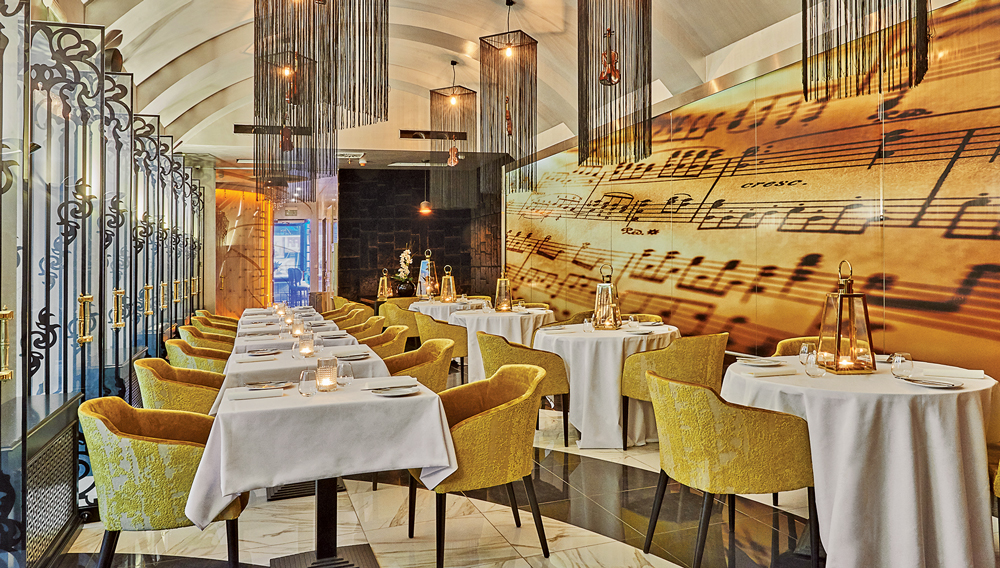 Budapest’s traditional —and sometimes stuffy—hotel scene has received a dose of modernity with the opening of the Aria Hotel Budapest (ariahotelbudapest.com). Debuted in March, the hotel is set within a decidedly classical structure: a beautifully restored 19th-century bank just steps from St. Stephen’s Basilica. Within this historic home, however, Aria offers an eclectic contemporary retreat. Each of the hotel’s four wings features a unique design inspired by a different musical genre (jazz, classical, opera, and contemporary), and the 48 accommodations bear the monikers of celebrated artists and composers (including Maria Callas and Luciano Pavarotti). The hotel’s musical motif is otherwise subtle, ceding to a sleek style that includes onyx-lined bathrooms, capitonné leather headboards, and velvet fainting couches. Locals gather at the rooftop High Note Skybar, where the 360-degree panoramas are a perfect encore to the Hungarian fare downstairs at the Stradivari restaurant.