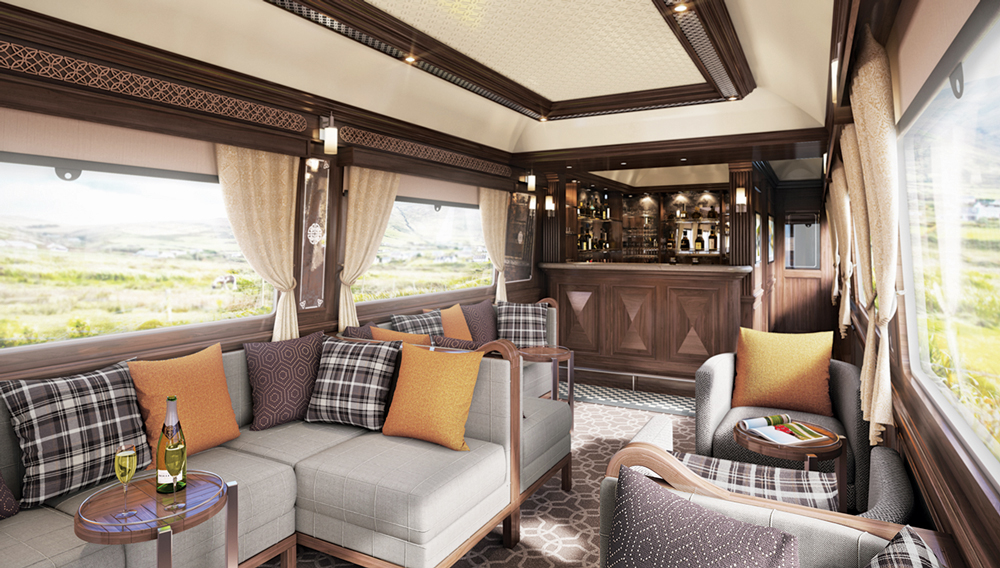 Next summer, the 40-passenger Belmond Grand Hibernian (belmond.com) will make its inaugural journey, traveling through the Irish countryside from Cork to Westport. Scheduled for August 2016, the train’s first voyage will stop at the Blarney Stone, the Jameson whiskey distillery, and several other sites along the way. The Grand Hibernian, which was designed by the British firm James Parks Associates, will feature 20 en suite cabins, two restaurants, and an observation car serving up Irish whiskey and live music. Two-, four-, and six-night itineraries throughout the Republic and Northern Ireland (priced from about $3,180 per person for a two-night journey) will also offer guided tours of ancient castles, fishing expeditions at the Lakes of Killarney, and tee times at some of the world’s oldest links.