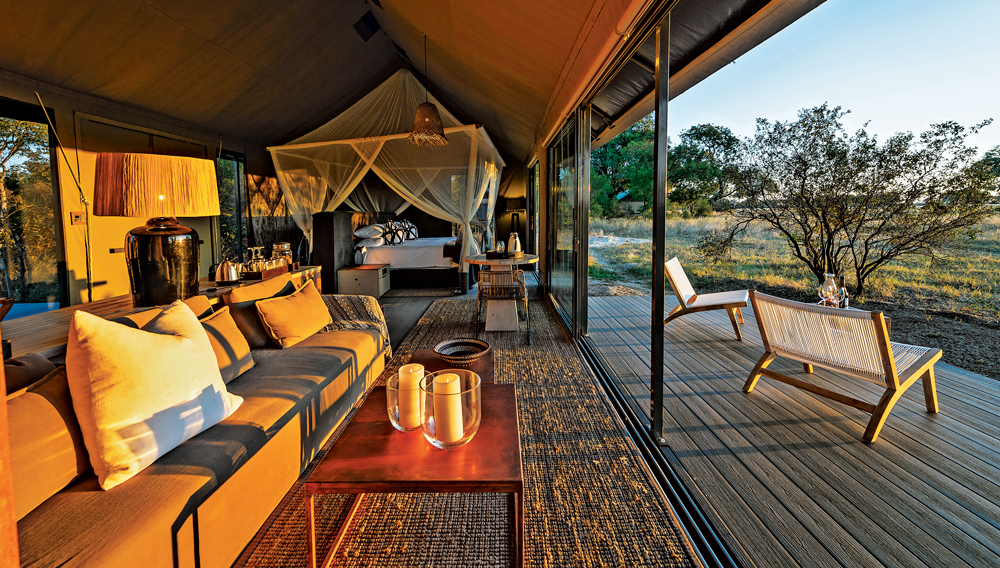 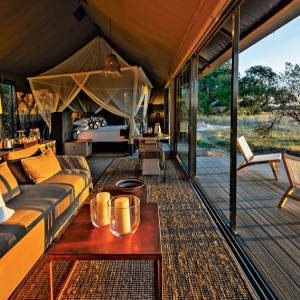 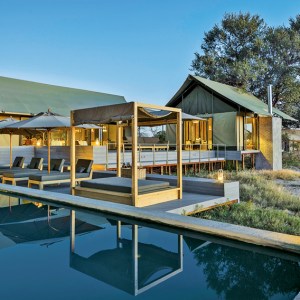 Zimbabwe has a rich tradition as one of Africa’s original safari destinations. Famed for its strict guiding standards—and, not surprisingly, for the quality of the professionals who pass its rigorous exams—the country is also home to some of the oldest and largest wildlife reserves on the continent. Chief among them is Hwange National Park, which was established in 1930 on the former hunting grounds of the Ndebele warrior-king Mzilikazi. This May, in what is perhaps a sign of Zimbabwe’s reemergence on the safari scene, the 3.6-million-acre reserve welcomed its first luxury lodge with the debut of Wilderness Safaris’ Linkwasha Camp (wilderness-safaris.com; available through the Africa Adventure Co., africa-adventure.com).

Set in a 130,000-acre private concession within Hwange, Linkwasha features nine tents that can accommodate a total of 18 guests. The spacious, contemporary-campaign-style units open to private decks overlooking a watering hole that regularly attracts some of the park’s approximately 45,000 elephants—one of the world’s largest populations of the pachyderms. Lion sightings are also common in the park, which is home to more than 100 species of mammals and 400 types of birds. Guests can seek out Hwange’s many species on daily game drives and walking safaris led by Linkwasha’s expert guides.