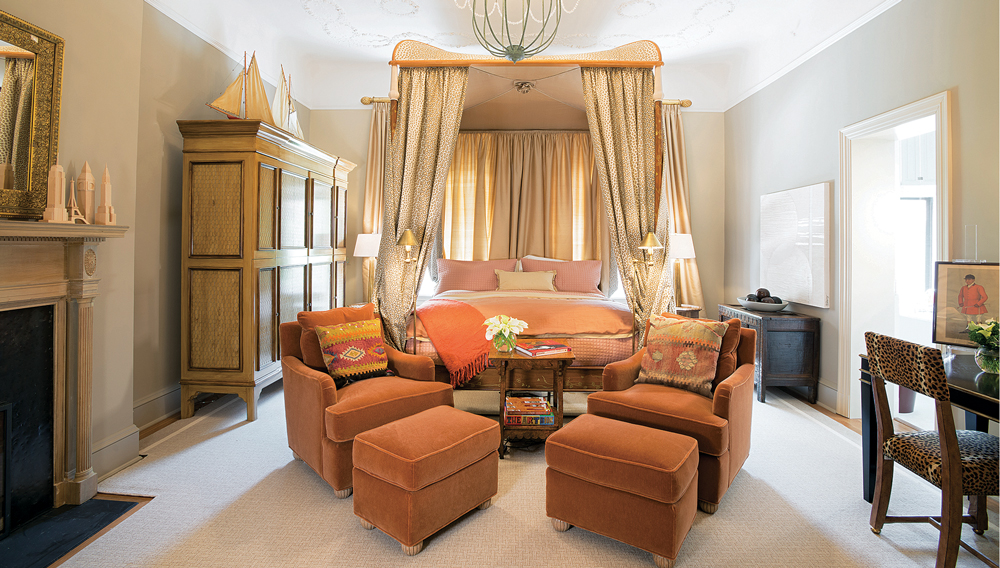 During the early 20th century, Baltimore’s gabled mansion on the corner of Biddle and North Calvert Streets was the scene of many a fashionable fete hosted by William and Harriet Painter. As with many of the city’s historic homes, however, the Painters’ estate fell into disrepair shortly after the Great Depression. In June the redbrick residence once again became the center of Mount Vernon’s social scene when it reopened as the Ivy Hotel (theivybaltimore.com). The result of a four-year renovation, the new hotel honors its past with an elaborate collection of art and antiques, from an 18th-century Knabe piano in the music room to hand-painted armoires in the 18 rooms and suites. Predinner cocktails are served in the light-filled conservatory, while a seven-course tasting menu is a highlight at the Magdalena restaurant. In the tearoom—adorned with fainting couches and Moroccan antiques—murals depicting a lively soiree bring the spirit of the Painters to life once again.