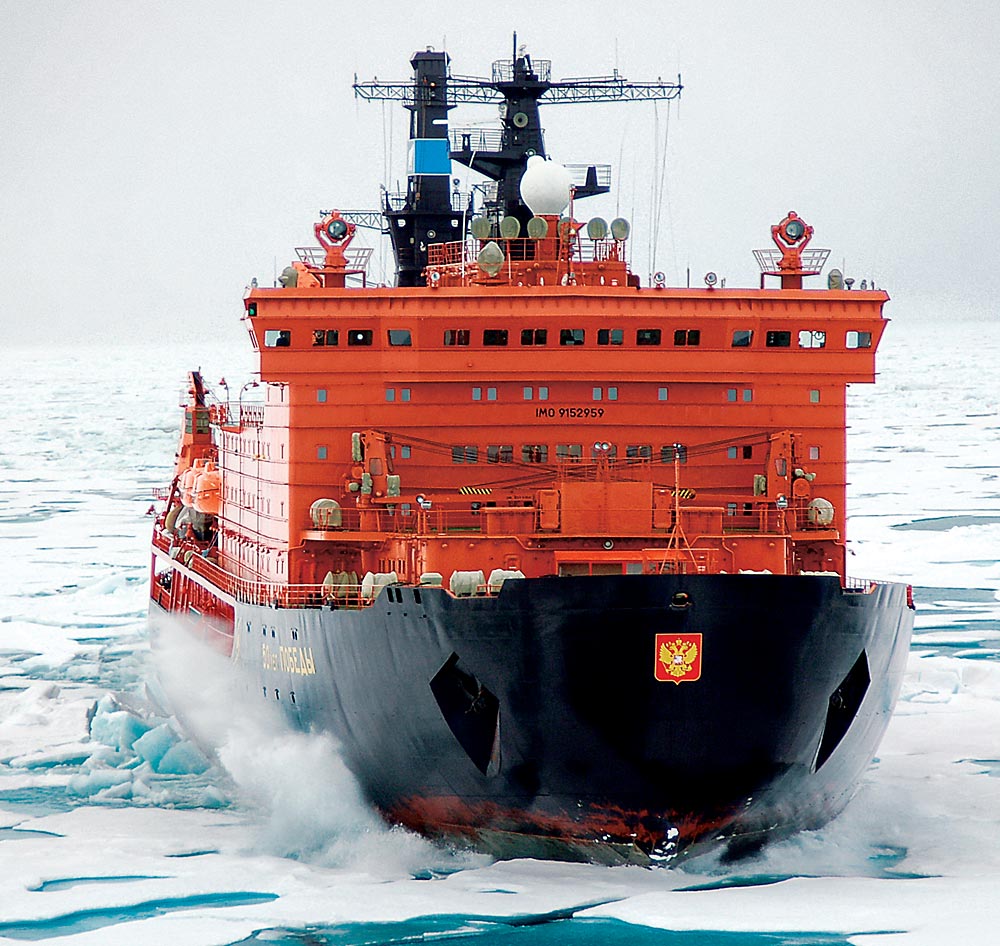 This summer, adventure cruise company Quark Expeditions (www.quarkexpeditions.com) is launching the Russian-built icebreaker 50 Years of Victory as a passenger ship that will carry as many as 128 guests to the North Pole. The 64-cabin vessel’s features—which include a library, gym, and indoor swimming pool—could help anyone warm up to the notion of cruising the Arctic Ocean. The Connecticut company conducts three trips each summer to the North Pole. Prices for the journeys, which depart from Helsinki, Finland, and range from 16 to 17 days, begin at $22,900 per person. . . . Australian tour operator Orion Expedition Cruises (www.orioncruises.com.au) has announced a new route that explores the opposite end of the earth. The company’s inaugural sub-Antarctic islands cruise, which will embark in December 2009, will spotlight the diverse marine and bird life—including the southern royal albatross and the yellow-eyed penguin—found on the remote islands located just north of Antarctica. In addition to the sub-Antarctic trip, Orion will introduce new routes through the Spice Islands, Vietnam, and other Asian destinations in 2009. Prices for the company’s cruises range from $3,330 per person for a five-night voyage to North Queensland’s tropical reefs to $41,030 per person (in the owner’s suite) for a 20-night expedition to Antarctica.