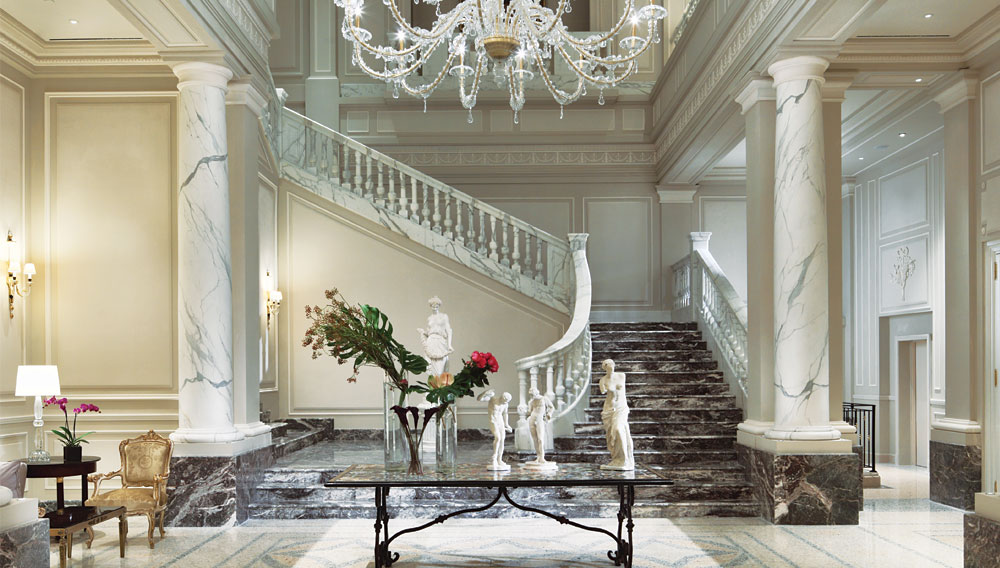 With its winding cobblestoned streets lined with art galleries and charming sidewalk cafés, Milan’s Brera district draws many a comparison to the fashionable neighborhoods of Paris. Last September, the historic quarter welcomed the Palazzo Parigi Hotel and Grand Spa (www.palazzoparigi.com), a boutique hotel that fittingly marries Milanese and Parisian styles.

The Palazzo, which is set within a former noble residence, celebrates Milan’s architectural landmarks with features that include marble columns reminiscent of La Scala Theatre and a large central skylight mimicking the Galleria Vittorio Emanuele II. The French interior designer Pierre-Yves Rochon employed two distinct styles in the 98 guest rooms and suites, creating a minimalist Milanese ambience in some accommodations and an elegant Parisian atmosphere in others. Undeniably Italian, however, is the hotel’s restaurant, which serves local cuisine in a space filled with neoclassical artworks.