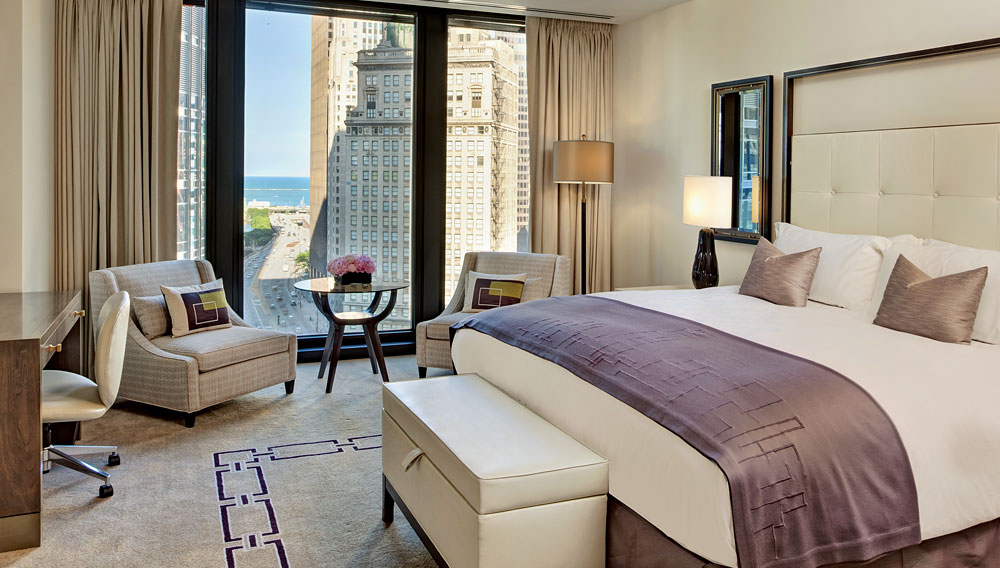 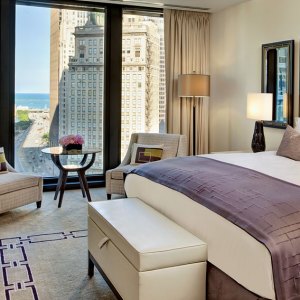 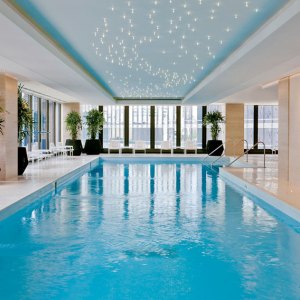 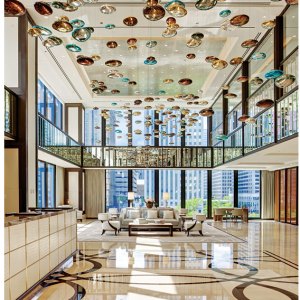 Much will be made of the Langham Chicago’s (www.langhamhotels.com) location in a Ludwig Mies van der Rohe–designed building. But the new hotel—set in a former IBM tower the Bauhaus architect finished in 1971—does not appear the product of a cumbersome renovation restricted by historic-oversight committees. Rather, this contemporary reinvention stands out in Chicago as a fresh and fun retreat that emphasizes its surroundings as much as its setting.

Opened in September between Wabash Avenue and State Street, the Langham eases guests into the experience with a nondescript entrance shared by the adjacent office spaces. A quick ride up a mirrored elevator leads to an open and bright second-floor lobby area with 22-foot-high windows and an installation of 500 blown- glass pebbles suspended from the ceiling. The 316 guest rooms also feature floor-to-ceiling windows, as well as cavernous bathrooms lined with travertine stone (a Mies van der Rohe favorite). Suites include Mies van der Rohe–designed chaise lounges set alongside the windows, all the better to enjoy views of the Chicago River, Lake Michigan, and several of the city’s many other architectural landmarks.