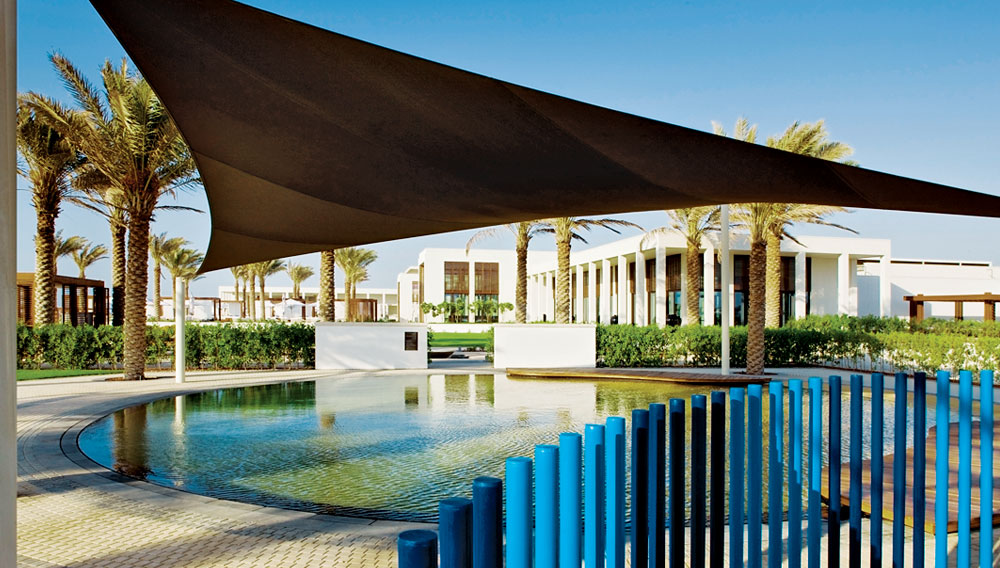 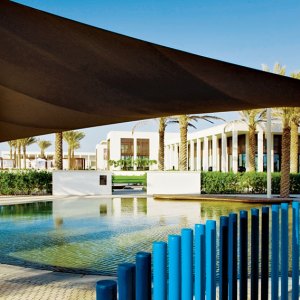 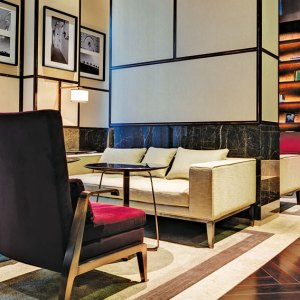 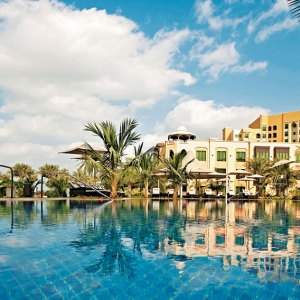 The debut of the lavish Emirates Palace hotel (+971.2.690.9000, www.kempinski.com) in 2005 launched a luxury-hospitality boom in Abu Dhabi that is showing few signs of slowing down. In addition to Emirates Palace, the following are a few of our favorite places to stay and play in Abu Dhabi: Set just a few minutes from downtown Abu Dhabi on a pristine white beach where hawksbill turtles nest, the St. Regis Saadiyat Island Resort, Abu Dhabi (877.787.3447, www.stregis.com), opened in 2011 with 377 rooms and suites, 33 villas, an 18-hole oceanfront golf course (see Saadiyat Beach Golf Club), and an Iridium Spa.

The Shangri-La Hotel, Qaryat Al Beri, Abu Dhabi (+971.2.509.8888, www.shangri-la.com), sits on a private beach on Abu Dhabi’s mainland. Opened in 2007, the hotel is ideal for longer stays, with options that include six private villas and 214 rooms and suites furnished in modern Arabian style.

It is impossible for racegoers to miss the Yas Viceroy Abu Dhabi (888.622.4567, www.viceroyhotelsandresorts.com), though at first they might mistake the hotel for a Nerf spacecraft or a beached whale covered in sequins. However odd its design, the 499-room property, which opened in 2009, offers an unbeatable close-up view of the high-speed action at the Yas Marina Circuit, as the racecars whiz past the entrance and lobby. Sunsets turn the hotel’s vaulted roof deck into the ultimate lounge, a place where gorgeous people from all parts of the globe mingle on a nightly basis.

The Park Hyatt Abu Dhabi Hotel and Villas (+971.2.407.1234, www.parkhyatt.com) opened in November 2011 on a private stretch of sand on Saadiyat Island. Of the 306 guest rooms, suites, and villas, the riads along the beach and boardwalk are the best. The hotel’s Atarmia Spa is spread over two levels for privacy for both men and women, and features an extensive range of beauty and health treatments steeped in Arabia’s aromatic and opulent history.

The Monte-Carlo Beach Club (+971.2.656.3500, www.montecarlobeachclub.ae) is the first of its kind outside Monaco. Built along the shores of the Persian Gulf, the private club is a short drive from downtown and includes eight pool cabanas and 21 garden and dune cabanas. Nonmembers can use the beach and pool areas for an entrance charge.

With a Frank Gehry–designed clubhouse—the renowned architect’s first venture into the world of golf—and a course by Gary Player, the Saadiyat Beach Golf Club (+971.2.557.8000, www.sbgolfclub.ae) is the Persian Gulf’s first beachfront course. The 7,806-yard layout, which opened in 2010, plays alongside Saadiyat Island’s