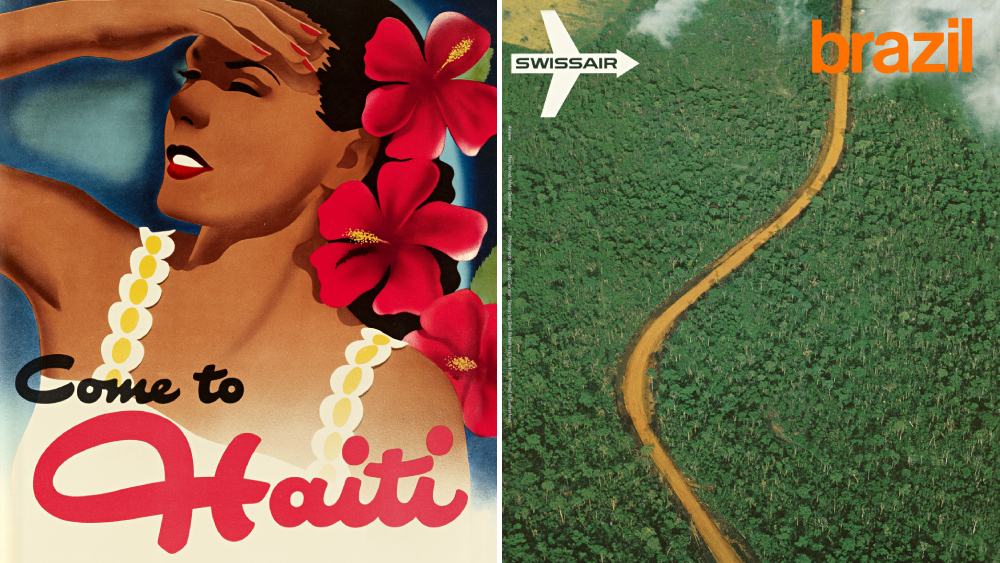 Matthias Hühne unknowingly launched what would become a collection of over 500 pieces of aviation-related artwork with an Air France poster from the 1950s. “Its design was so magnificent I realized it was just one piece of a larger story,” says the Berlin-based author, who began to collect others to illuminate the period in his new book, Airline Visual Identity, 1945–1975, a pleasing and colorful assemblage of posters, logos, airline livery drawings and more from the golden age of flight.

In his research, Hühne discovered that many international design luminaries, such as Massimo Vignelli, Ivan Chermayeff, Otl Aicher and Saul Bass, were helping to drive the airlines’ cutting-edge designs and campaigns. “Print advertising was the most important way to reach customers, so the airlines used all sorts of fanciful colors and special effects within the posters,” he says. For the collector’s limited edition, available for $1,100 through Callisto Publishers, Hühne employed the same level of sophistication, with one-off colors, metallic surfaces and satin finishes. Here, the author describes some of his favorite examples.