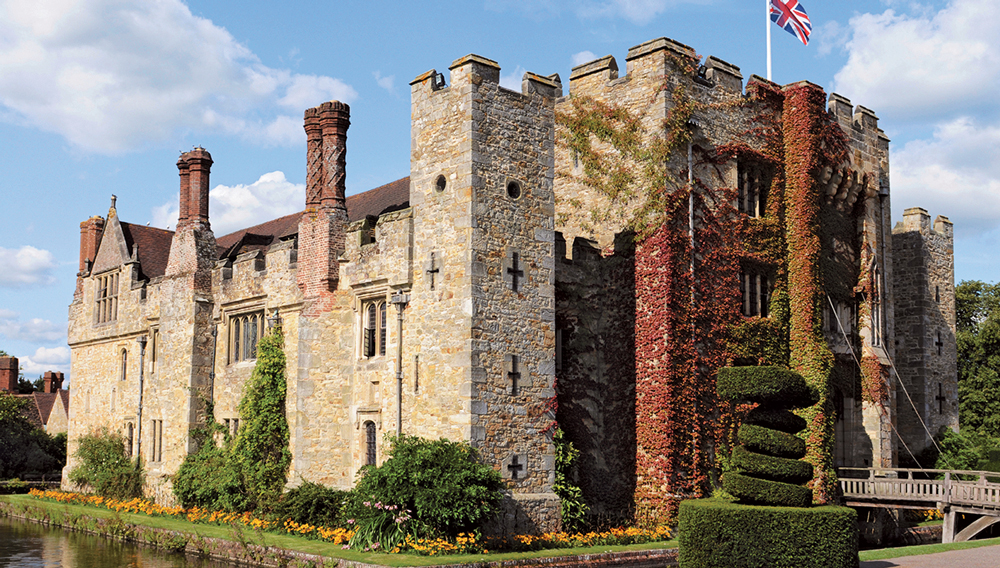 On July 12, 1892, the New York Times ran a headline proclaiming the death of William Waldorf Astor, who, according to the account, had died unexpectedly in London. This “ideal American,” the newspaper lamented, was the only member of his family to remain “in touch with the great mass of the American people.” Other journals took up the theme, extolling the 44-year-old millionaire’s “noble qualities of heart,” and these panegyrics quickly crossed the Atlantic, where their subject, very much alive, relished each line. William, according to one acquaintance, found the reports of his demise amusing—an attitude that this otherwise humorless expatriate would have been unlikely to take had the victims of the rumor (which he himself may have planted) not been the American press.

William’s disdain for the Fourth Estate originated with its treatment of his great-grandfather, John Jacob Astor, the scion of German butchers. After immigrating to the United States in the late 18th century, John Jacob parlayed his earnings as a fur trapper on the North American frontier into Manhattan’s largest real estate fortune, valued at approximately $20 million in 1848. Yet even capital on this epic scale failed to win entrée into Knickerbocker society, which regarded John Jacob as an illiterate ruffian. Not until William’s uncle, William Backhouse Astor Jr., married Caroline Webster Schermerhorn—a descendant of New York’s first Dutch settlers and the undisputed social queen of Gotham—did the clan ascend. His aunt’s pedigree, however, distressed rather than pleased William Waldorf, who, as the eldest Astor heir, should have presided over the city’s social life. Envious, he hired a genealogist, who dutifully connected the Astors to a tribe of Spanish noblemen who fought in the Crusades. When the newspapers dismissed the assertion as a fabrication, William fumed. He claimed the public derided John Jacob and his progeny because it was “not democratic to climb so high.”

His own efforts to subjugate democracy also proved inadequate. He sought to distinguish himself in the arena of politics by running first for the New York State Assembly and then the State Senate. Thanks to the machinations of the Republican Party, these campaigns succeeded; yet William’s prickly nature proved his undoing. He kept a list of the names of those who voted against his measures, and he was ill at ease dispensing $20 bills to the inhabitants of the tenements that supplied his income. After two bids for a seat in the United States House of Representatives ended in defeat, he proclaimed, “America is not a fit place for a gentleman to live,” and in 1891 departed permanently for England.

William “washed his hands of America and American methods,” if not of American money, which he spent liberally to furnish the accoutrements of English gentility. He purchased Cliveden, a baroque country house situated on nearly 400 acres outside of London, and Hever Castle (pictured), a medieval manor in Kent that had been the childhood home of Ann Boleyn. Although Cliveden’s grounds had long been open to the public, William walled them up. At Hever, which he found insufficiently feudal, he reinstated the moat and drawbridge.

“I don’t like your English aristocracy,” he once told a London host, but he applied his considerable resources to winning a place within its ranks. He cultivated Albert, Prince of Wales, who delighted in expensive entertainments, yet William’s cantankerous character undermined these efforts. During one of his receptions, he ejected a naval officer whom he believed to be an interloper, only to discover that the man was an intimate friend of the future king.

Thus were his aspirations to the peerage thwarted during the reigns of Queen Victoria and King Edward VII. Yet the outbreak of World War I presented fresh opportunities, and William met them with six-figure checks to the Red Cross and the Conservative Party. These well-placed millions paid a dividend in 1916, when King George V’s honors list at last included the name of Baron Astor of Hever Castle. William’s career as a titled gentleman, however, was brief: He appeared in the House of Lords only twice, the second time to acknowledge his elevation from baron to viscount. “I have never gone in pursuit of this honor,” asserted the newfangled peer, who died in 1919 of congestive heart failure while enthroned on a toilet. He lived just long enough to complete his complicated coat of arms, which bore the motto Ad Astra and a falcon surmounted by an eagle, rather than the device suggested by his friends in the New York press: “a skunk, rampant, on a brindle ox-hide.”