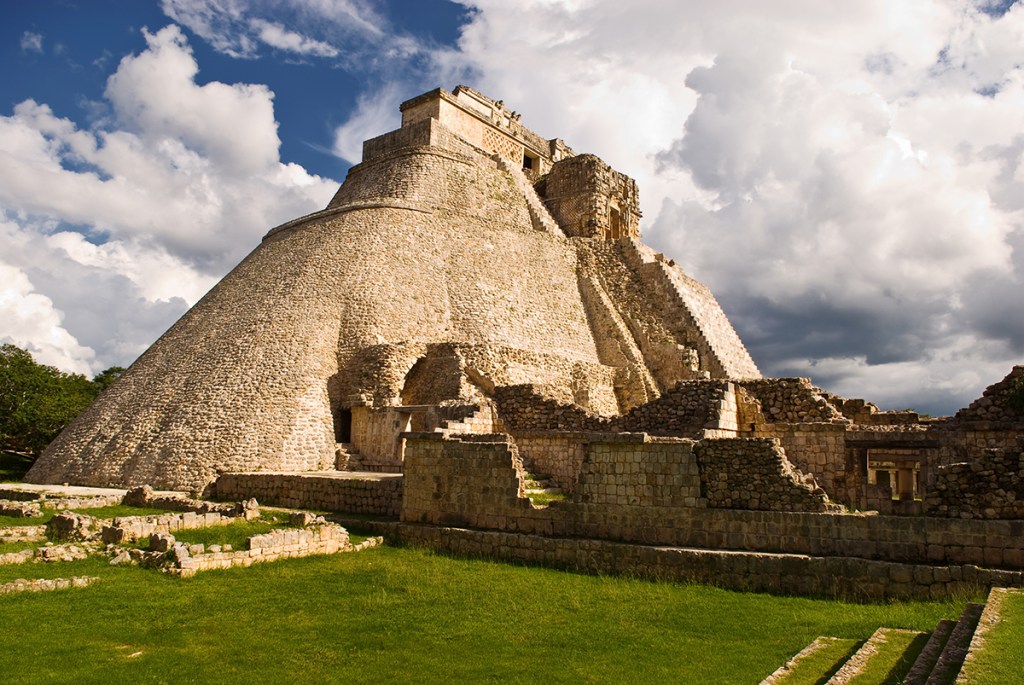 Now is the chance to become an archaeologist — no  digging or getting dirty required – as avid travelers with a passion for adventure can enjoy unparalleled archeology travel to Yucatán thanks to its abundance of significant Mayan sites. Following the civilization’s migration to Yucatán in 2500 BC, the ancient Mayans built some of the most spectacular cities the world has ever discovered between 300 and 900 BC. Today, these brilliant structures stand strong, offering travelers a valuable perspective on ancient Mayan culture alongside the opportunity to enjoy modern-day Yucatán and its many natural wonders that have captivated visitors’ attention since the early Spanish explorations.

There are more than a dozen important archaeological locations in Yucatán to explore, many of which are designated UNESCO World Heritage sites that bear clues to mankind’s origins and evolution, including the Mayan cities of Chichén Itzá and Uxmal, as well as two “Magical Towns“ – the former Spaniards regional capital of Valladolid and the colorful Colonial-era town of Izamal ¬– and stand as a tribute to this most fascinating civilization.

•    Chichén Itzá was one of the greatest Mayan centers of the Yucatán Peninsula. The stepped pyramids and temples of Chichén Itzá were sacred to the Mayans and a sophisticated urban center of the empire from 750 to 1200 AD. Today, thousands of people travel each year to experience the brilliant ruins of this ancient city. The most recognizable structure here is the Temple of Kukulkan, also known as El Castillo. This glorious step pyramid demonstrates the accuracy and importance of Maya astronomy—and the heavy influence of the Toltecs, who invaded around 1000AD and precipitated a merger of the two cultural traditions. The temple has 365 steps—one for each day of the year, and each of the temple’s four sides has 91 steps, with the top platform representing the 365th step.

•    Uxmal is an archaeological site located in the Puuc region, and one of the few climbing sites that is located a little more off the beaten path. Uxmal is home to the Pyramid of the Magician, the tallest structure standing at 100 feet, which, according to ancient legend, was built by Itzamna in one night. According to archaeologists, the statue appears to have been built in five phases and is situated so that its western stairway faces the setting sun at summer solstice. Visitors can still climb a few of the structures in Uxmal, such as Climbing is permitted on the north side of the ruin, allowing visitors to admire the sweeping forest landscape and other ancient structures such as the la Gran Pirámide (grand pyramid), the Casa de las Tortugas (house of the turtles), la Plataforma de los Jaguares (platform of the jaguars), la Casa de las Palomas (house of the doves) and el Juego de Pelota (ball game).

•    Ek Balam is located approximately 15 miles north of Valladolid and 115 miles east of Mérida. Referred to as the “Black or dark Jaguar”, Ek Balam has 45 structures and is surrounded by two concentric stone walls linking almost all of the other central buildings. The site holds a ball game, and a beautiful arch marking the end of an ancient Sacbe (the white road) that once connected the Mayan kingdoms which still bears traces of hieroglyphic snakes as well as beautiful monuments carved from stone blocks. The structures are of various architectural styles but with details that make them unique such as images of winged warriors resembling angels. An additional attraction is the cenote Xcanche located nearby that offers zip line, bicycle and kayak rental.

Travelers are invited to experience an immersive multi-day expedition of these most significant archaeological sites in one of the following tours designed by Yucatán travel partners.

•    Mérida Day Tours: Some of the destination’s most popular day tours departing from Mérida represent a mix of experiences for all preferences, needs, and desires. Dating back more than 1,500 years the famous Mayan Pyramids of Chichén Itzá is considered one of the most important, sacred archeological sites in Mexico and the world, located only 1.5 hours from Mérida. This tour is led by a certified private guide who will explain this mystical site, its history, and the fascinating Culture of the Mayan people. During the tour, visitors see the magnificent Kukulkan Pyramid, the Temple of Warriors, the Grand Ball Court, The Nunnery, and the Astrological Observatory.

•    Discover the Mayan Empire in Yucatán:  This intriguing 3-day tour explores the remnants of the Mayan empire, taking in all the famous sights of Chichén Itzá, Uxmal, Ek Balam, and Coba. Travelers start with a visit to the Kukulcan Temple, the Observatory, the Convent of the Nuns, and other important structures followed by an adventure to Uxmal and tour of the Pyramid of the Magician. Visitors will then get a chance to explore Ek Balam, a city whose name means ‘Black Jaguar.’ Its central pyramid, La Torre, is thought by many to compare with the famous Tikal pyramid, and all the structures date back to between 700 and 1000 AD.

•    Experience Archeological Sites: Journey through time to explore Chichén Itzá, Uxmal and Ek Balam, which are considered the three major Mayan archaeological site in the region. This seven days, six nights tour includes private tours of each site, accommodations at boutique hotels and one-in-a-lifetime experiences such as a bike rides through nearby communities to see how direct descendants of the Mayans live.