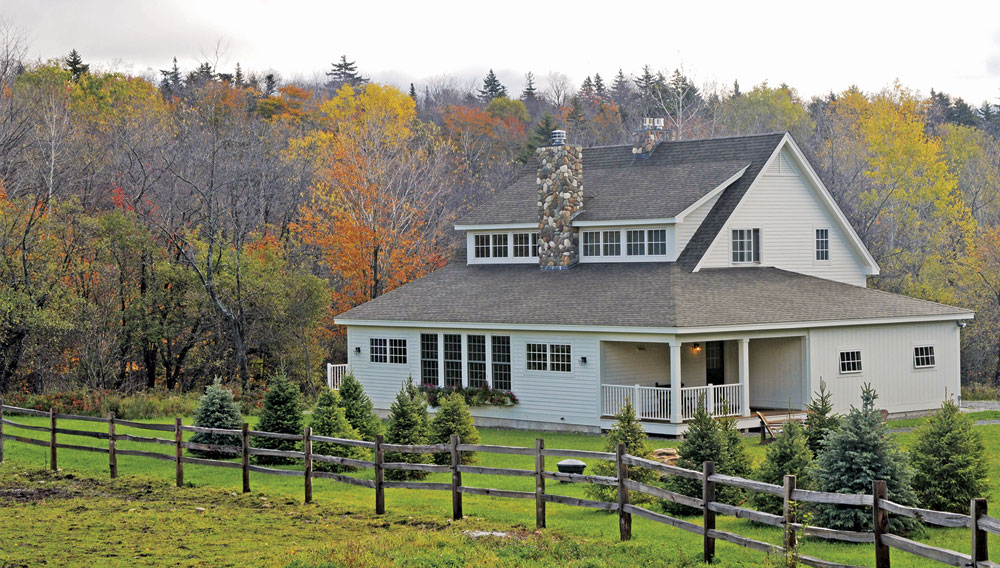 Haystack Mountain, a 3,200-foot peak in southern Vermont’s Deerfield Valley, was one of New England’s top skiing destinations for nearly 50 years. Inconsistent snow conditions eventually led to the resort’s closure, and the mountain sat vacant for almost six years until the Connecticut-based entrepreneur Jim Barnes purchased it in 2011. Now Barnes—an avid skier who also acquired hundreds of acres of surrounding land, the area’s Hermitage Inn, and the Deerfield Valley Airport—is reviving and refining the region’s downhill heritage with the debut of a new concept for New England.

“The time seemed right to introduce high-end private skiing to the Northeast,” says Barnes, who opened the Hermitage Club at Haystack Mountain shortly after purchasing the resort. He describes the club, which is the first of its kind in the Eastern United States, as “a recreational playground where you never have to wait in a lift line.” Aiming for a level of luxury on a par with that of the Yellowstone Club in Montana, Barnes is developing the property as a 1,400-acre retreat with private ski trails serviced by snowmaking machines. In addition to its 55 downhill runs, the all-season club features an 18-hole golf course, a ski school, an ice-skating rink, and more than 12 miles of hiking and mountain-biking trails. Debuting in December is an 80,000-square-foot members’ clubhouse that will include a restaurant, a spa, a lap pool, a 60-seat theater, and a day-care center.

The Hermitage Club’s master plan calls for roughly 500 homes and condominiums. Stag’s Leap, the development’s newest and most exclusive village, broke ground in June with plans for 14 ski-in/ski-out homes located steps from a private chairlift. Priced from $1.6 million to $2.9 million, the homes at Stag’s Leap will reflect Vermont’s agricultural heritage with classic farmhouse and colonial styles, and architectural details such as reclaimed wood beams and Southern yellow pine floors. Residences also are available at the Homes at the Hermitage development, where ski-in/ski-out homes are priced between $800,000 and $1.5 million. A mountainside condominium hotel with 60 one- to four-bedroom units ($350,000 to $1.2 million) is scheduled to debut in 2016.

Membership at the Hermitage Club is priced from $60,000 per person and $65,000 per family, with annual dues ranging from $2,575 to $5,600. Members share access to the club’s slopes with guests of the newly restored, 15-room Hermitage Inn. But with Barnes’s plan to cap membership at 1,500, lift lines should never be a concern at Hay­stack Mountain.