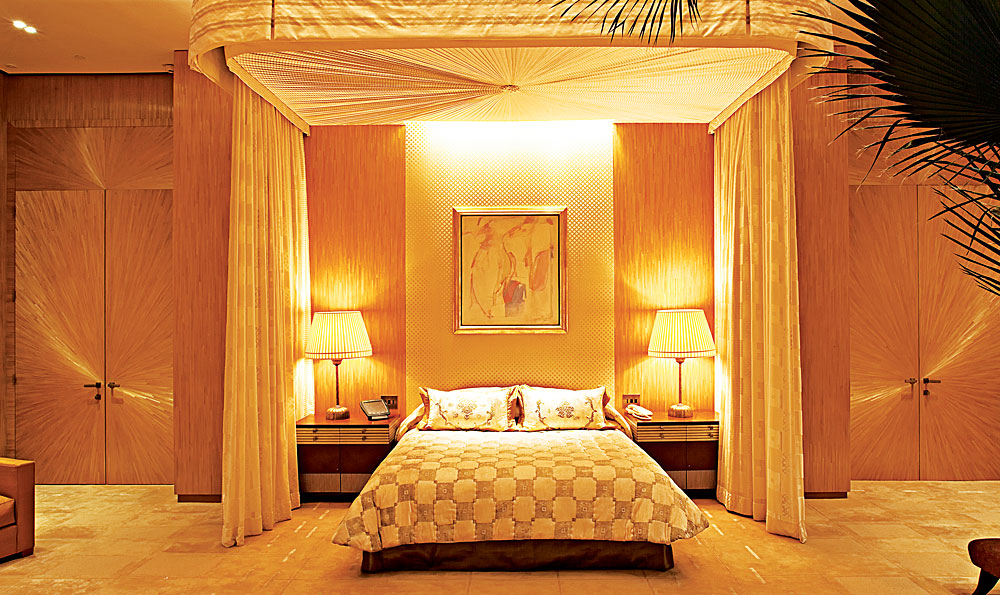 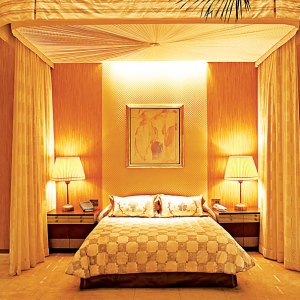 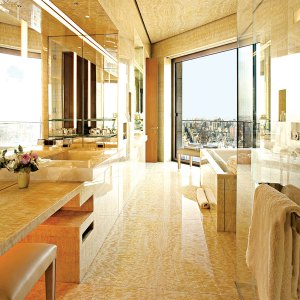 Warner commissioned Marino, along with architect I.M. Pei, to create the interiors and exteriors for his namesake suite. His directions were simple, says Marino. “He didn’t want to see anything in the suite that he might see anywhere else. Everything was to be made from the most lavish materials imaginable.”

This approach fit well with Marino’s design philosophy. “I never repeat myself,” he says. “I never do two jobs alike.”

It is safe to say that Marino had never handled a job like this one. The sheer scope of Pei’s work in redesigning the top floor required that the 10 floors immediately below it be closed for several years while demolition took place. Ultimately, the nine-room penthouse, accessible by a private elevator, revolved around four main areas: a library, living room, master bedroom, and spa. Other spaces include a Zen garden, breakfast room, and powder room.

Among the touches that Warner and his guests are unlikely to see anywhere else in the world are the walls of hand-applied straw marquetry in the master bedroom; the custom-made, 4-foot-tall chandelier lit by 120 different fiber-optic glow elements in the living room; the bathroom sinks carved from solid rock crystal and lit from below with LEDs; the one-of-a-kind Lalanne chandelier in the library and Lalanne ginko-leaf chairs in the Zen garden; and the multiple plasma TVs that display every channel available anywhere in the world. “This is a space that is beyond description,” says Marino.

At the least, the penthouse recalls Pei’s words after he completed the Presidential Suites on the Four Seasons’ 51st floor. “A little bit of theater never hurts a hotel.”

In the case of the Ty Warner Penthouse, you could say the same for a whole lot of theater.