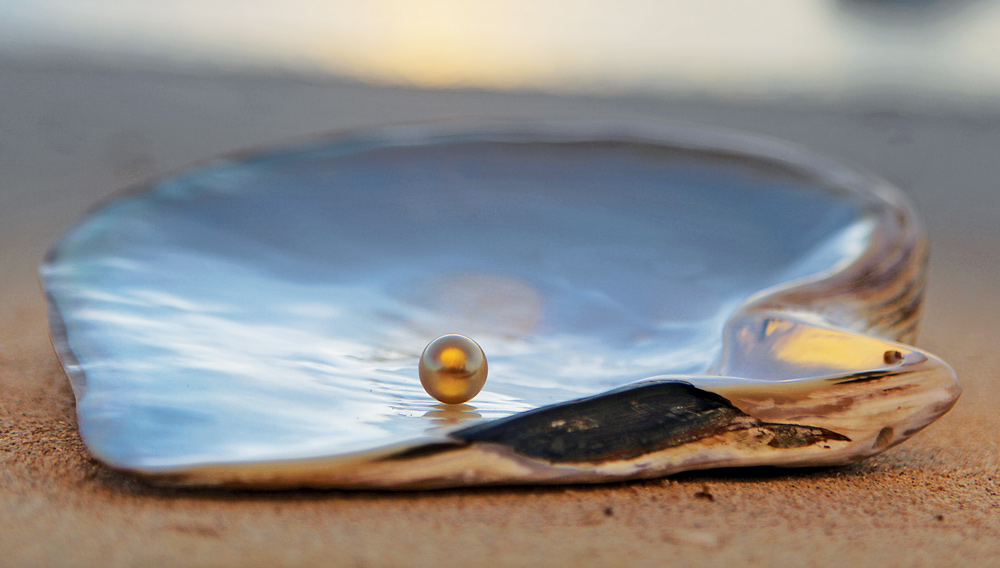 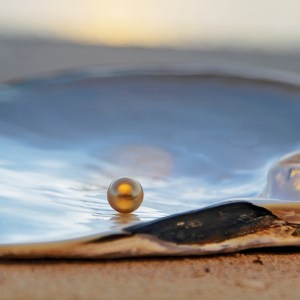 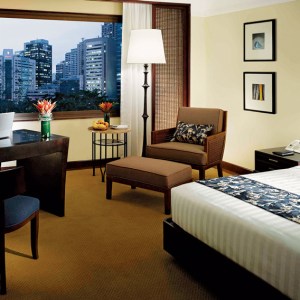 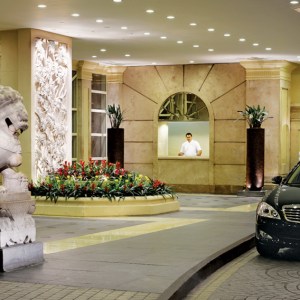 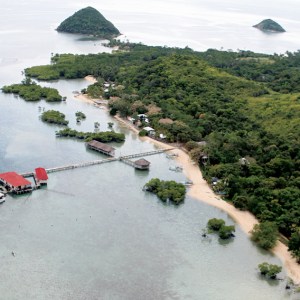 ❄ One night at the Peninsula Manila for the recipient and a guest.

❄ Transportation by seaplane from Manila to Taytay, Palawan, for a four-night stay in a villa at Flower Island Resort.

❄ A private tour of the Jewelmer pearl farm in Taytay.

❄ A charitable donation made in the recipient’s name to the Save the Palawan Seas Foundation.

Building a strand of flawless golden South Sea pearls requires tremendous patience. It takes about five years to culture a golden pearl and as long as 15 years to assemble a necklace of the highest-quality specimens, according to Jewelmer Joaillerie, a family-owned business in Palawan, the Philippines, that since the late 1970s has been producing most of the world’s fine golden South Sea examples. But precious time is only part of what makes this gift’s strand of large (14 to 16 mm), seamlessly matched organic gems such an exceptional prize: The other part is the presentation, which will take place during the recipient’s firsthand experience of pearl farming in the western Pacific.

With its offering for this year’s Ultimate Gift Guide, Jewelmer is inviting one Robb Report reader and a guest to visit its pearl farm in Palawan’s Taytay region. For the visitors, the trip will be about more than taking possession of an exceptional piece of jewelry; it will also be an opportunity, according to Jewelmer’s deputy CEO, Jacques Christophe Branellec, to take a deeper dive into the world of pearls.

“When a person buys a pearl on Fifth Avenue, it’s a beautiful gem to look at, but [he or she] hasn’t gone through the layers to see the people behind it,” says Branellec, whose father founded Jewelmer in 1979 with the Filipino entrepreneur Manuel Cojuangco. The company’s 1,200-person staff, including many scientists who work on the farm, devotes countless hours to cultivating the pearls, less than 6 percent of which turn out to be round, flawless, and deeply golden.

This colorful journey begins with a one-night stay at the Peninsula Manila, followed by a 2-hour flight to Jewelmer’s secluded Flower Island Resort in Taytay, not far from the company’s pearl farm in the waters of the Palawan archipelago. The recipient and guest will stay in one of Flower Island’s villas—perhaps the hilltop lighthouse with 360-degree views of the island and surrounding sea—and enjoy meals of fresh, spiced seafood that honor Jewelmer’s French-Filipino roots. The culinary highlight, says Branellec, is a dish of pearl meat, an oyster-muscle delicacy that he describes as a cross between a mussel and a scallop.

After indulging in the resort’s amenities, the guests will immerse themselves in pearl farming. They will witness the culturing process, from oyster breeding to harvest, and meet with divers, technicians, and marine biologists. The pair will also learn about environmental conditions, such as ocean acidification and rising water temperatures, that are threatening the population of the gold-lipped Pinctada maxima, the only species of oyster that yields South Sea pearls. Jewelmer’s Save the Palawan Seas Foundation promotes environmental conservation and sustainable farming, and a portion of the price of this gift will be put toward that cause.

Should the recipient and guest wish to plumb the gift’s depths further still, Branellec offers a suggestion. “If the guests are divers,” he says, “they have the chance to accompany us on a work dive. The water is all shades of blue and green—that’s what these lucky people will be visiting.”

The gift must be purchased by December 31, 2016. Transportation to and from Manila is not included.