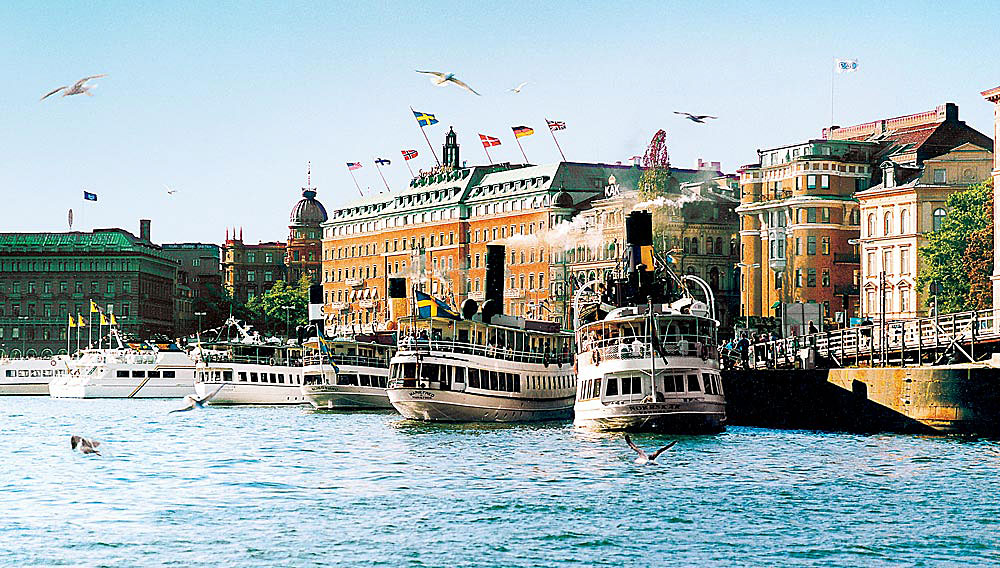 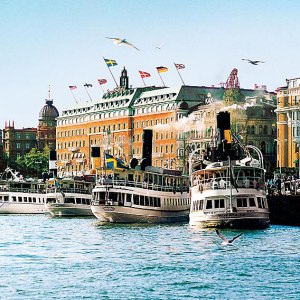 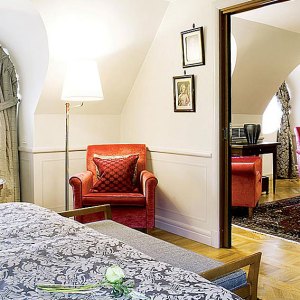 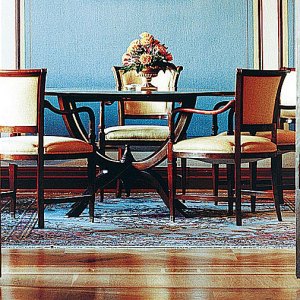 When Greta Garbo said, “I want to be alone,” she was in a Grand Hotel in a different city. But whenever the reclusive star visited her hometown in Sweden, she stayed at the Grand Hôtel Stockholm. During one visit, Garbo never left her suite, even hiding from the manager who delivered her meals. The Grand, of course, was not a bad place to hide out. To remain that way, the hotel has undergone several updates over the years, including the addition of 76 rooms and suites and the renovation of its existing Accommodations during a major expansion in 2006. But the gracious lines of the hotel—with its high ceilings, spacious hallways, crystal chandeliers, and antique furnishings—are much as they were when it opened in 1874. Accommodations The hotel recently acquired and renovated an adjacent palace, increasing its size to 334 rooms and 42 suites. Request a waterfront room in either building. Facilities A health club with spa treatments, a sauna, and steam rooms. The hotel has 24 meeting spaces. Dining At the Veranda, try the traditional Swedish smorgasbord with a glass of the hotel’s own aquavit. The lively Cadier Bar serves all meals, including afternoon tea and weekend brunch. Restaurant Mathias Dahlgren’s menu, which may feature smoked reindeer and fried langoustine tails, changes daily. Concierge Recommends Explore Swedish history at the Skansen museum, which consists of a collection of 18th- and 19th-century buildings that have been relocated to Djurgården, one of 24,000 islands in the Stockholm archipelago. The working village of butchers, bakers, and candlestick makers in period costumes is across the water from the Grand. Rates Rooms from $500, suites from $1,070. The five-room Grand Royal Suite is $4,200, and the Princess Lilian Suite is $7,860.