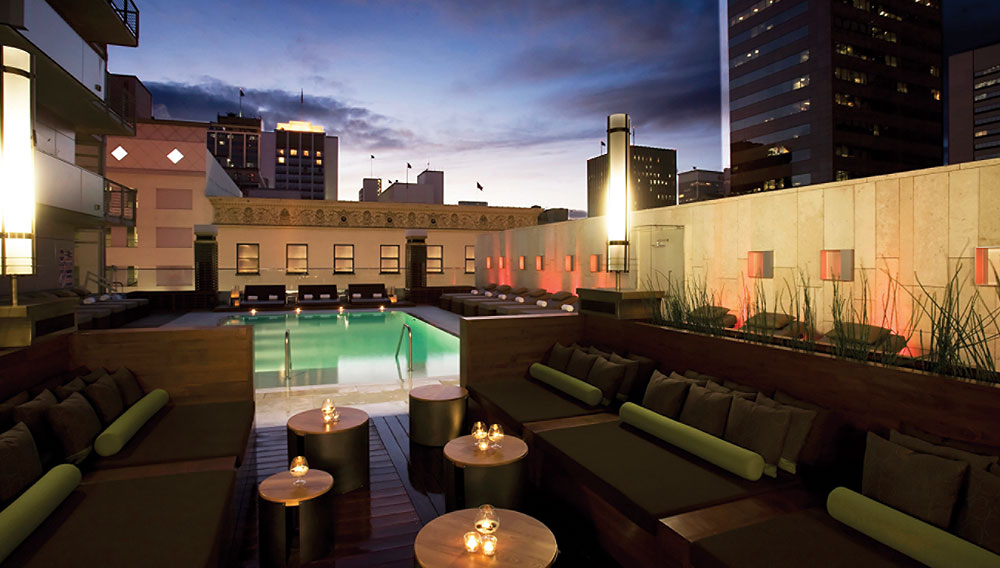 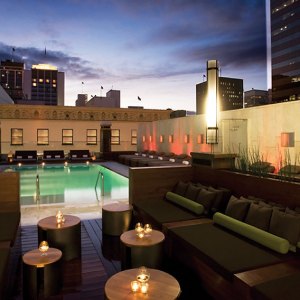 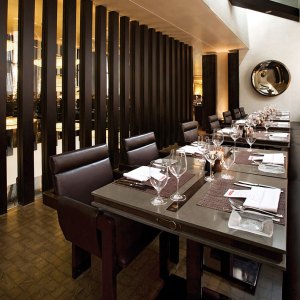 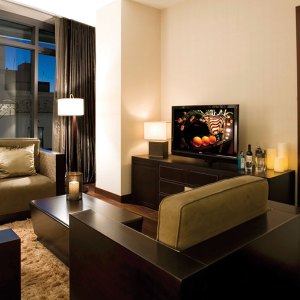 Headliners at San Diego’s House of Blues have been vanishing from the venue ever since Sè San Diego, a 184-room high-rise hotel, opened next door in December. A subterranean passageway links the concert venue to the hotel, where an elevator can whisk performers up nearly 20 stories to the three-floor, 8,400-square-foot Grand Penthouse Suite. Sharilyn Olson-Rigdon designed the extravagant penthouse—the largest hotel room on the West Coast—for the hotel’s owner, a developer from Las Vegas.

A jellyfish-like chandelier in Sè’s lobby recalls both the glitz of the owner’s hometown and the seaside surroundings of the hotel. Other allusions to the San Diego area include a wavelike installation by Ken Gangbar that climbs the wall from the lobby into the hotel’s steak house. Cocktails and light fare are served outdoors at a fourth-floor lounge where, twice a week, acrobats perform Cirque du Soleil–type routines above and in the pool. Sè San Diego, 619.515.3000, www.sesandiego.com ($300–$25,000)