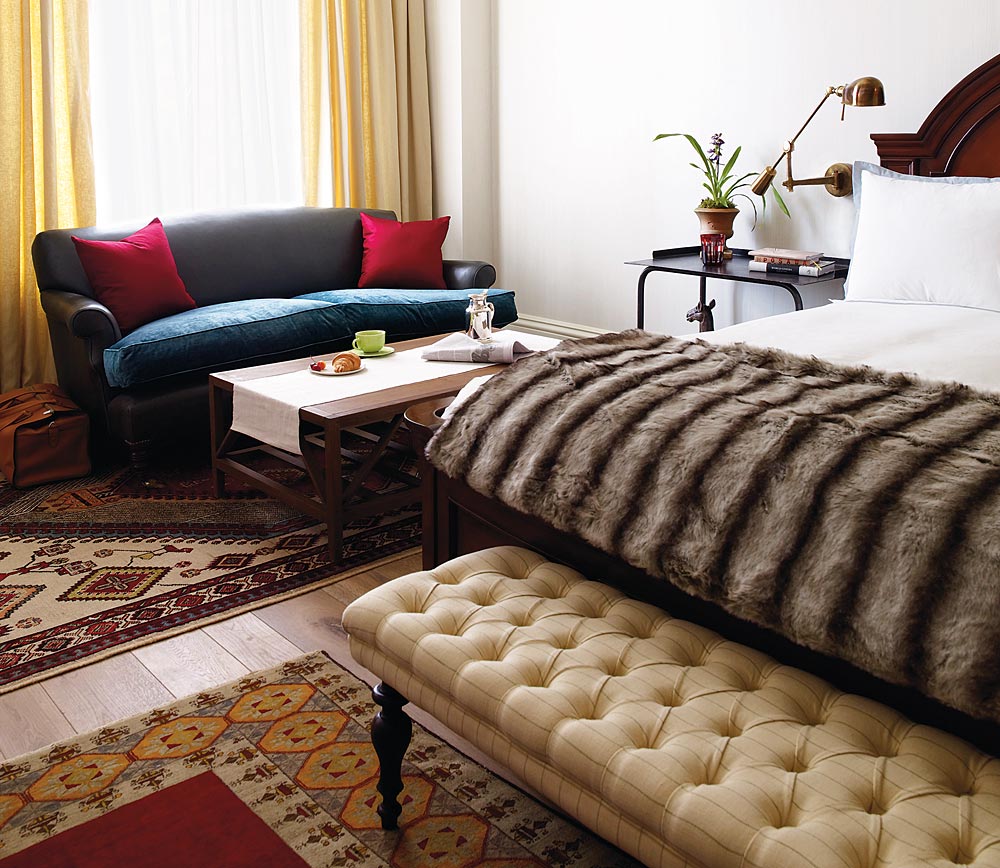 Robert de Niro oversaw nearly every detail of the new hotel he co-owns near the Hudson River in Manhattan, from the tiles (made by a single family in Tuscany) that line the front entrance, to the mirrors (silvered windows recovered from New York’s Flatiron Building) in the drawing room, to the abstract artwork (painted by De Niro’s late father, Robert Sr.) in the lobby.

De Niro’s business partner, Ira Drukier, also co-owns Manhattan’s Mercer, Bowery, and Chambers hotels, but the 88-room Greenwich is his best effort to date. Several of the guest rooms feature furnishings and other items Drukier picked up at flea markets, antiques shops, and auctions around the world. The partners will debut a 2,500-square-foot penthouse this spring, but until then, the seventh-floor duplex suites, which include offices and chef’s kitchens, are the Greenwich’s premier accommodations.

For those traveling sans chef, the hotel’s Ago restaurant, helmed by Agostino Sciandri, offers 24-hour room service. The Shibui spa features four treatment rooms and a lantern-lit pool, which is housed under the roof of a 250-year-old wood-and-bamboo farmhouse that De Niro and Drukier imported in pieces from Japan. The Greenwich Hotel, 212.941.8900, www.thegreenwichhotel.com ($550–$6,500)