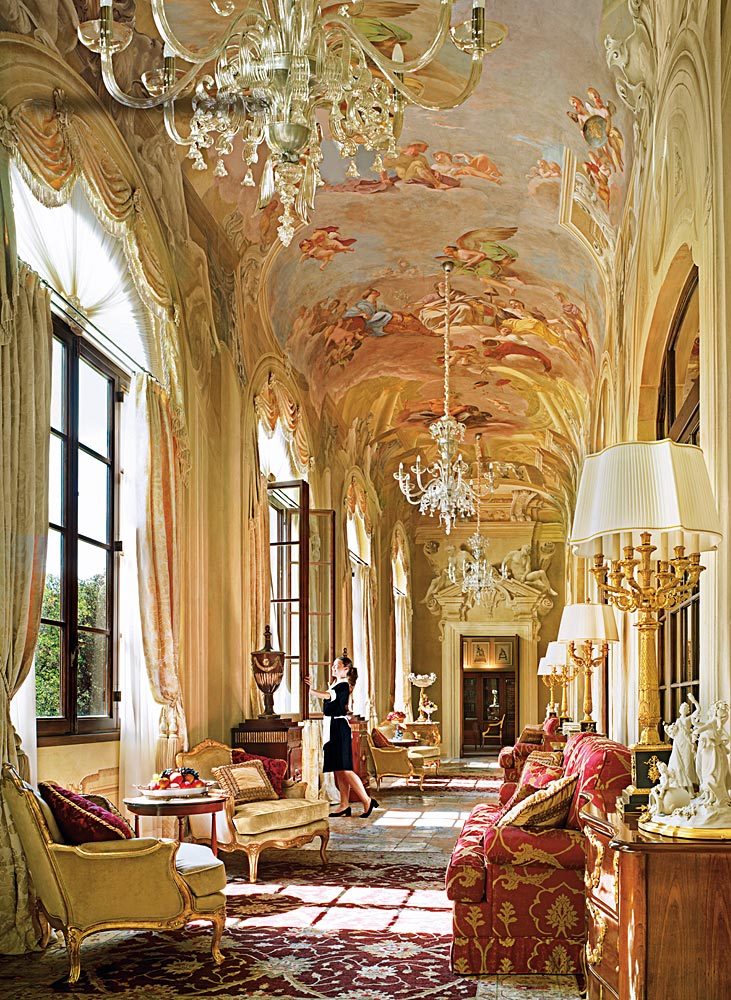 Patrizio Cipollini, general manager of the new Four Seasons Hotel Firenze in Italy, has been hearing the same question since he first visited the property’s site in 2001. “People walked up to me every morning and asked, ‘Can I come in with you to see the garden?’ ” he says. “But not just anyone is allowed to view the Giardino della Gherardesca.”

Guests of the Four Seasons, however, have unlimited access to the 11-acre grounds, which date to the 15th century and are today the largest private gardens in Florence. Occupying the property’s palace, the Palazzo della Gherardesca, and the adjacent Conventino, the Four Seasons opened in June after a seven-year restoration of the buildings.

In addition to the gardens, the 116-room city resort incorporates an extensive collection of Italian and international artworks. Several of them can be viewed privately in the Four Seasons’ 13 signature suites, including the Della Gherardesca Royal Suite, which features frescoed ceilings and ceramic flooring by 18th-century artist Ignazio Chiaiese. “There are pieces of Florence all over the hotel,” says Cipollini. “It’s like living in the history of it all, so you really never need leave these walls.” However, if you do decide to step out, the Duomo and the Arno River are just 15 minutes from the hotel by foot. Four Seasons Hotel Firenze, +39.055. 26.26.1, www.fourseasons.com ($625–$15,670)