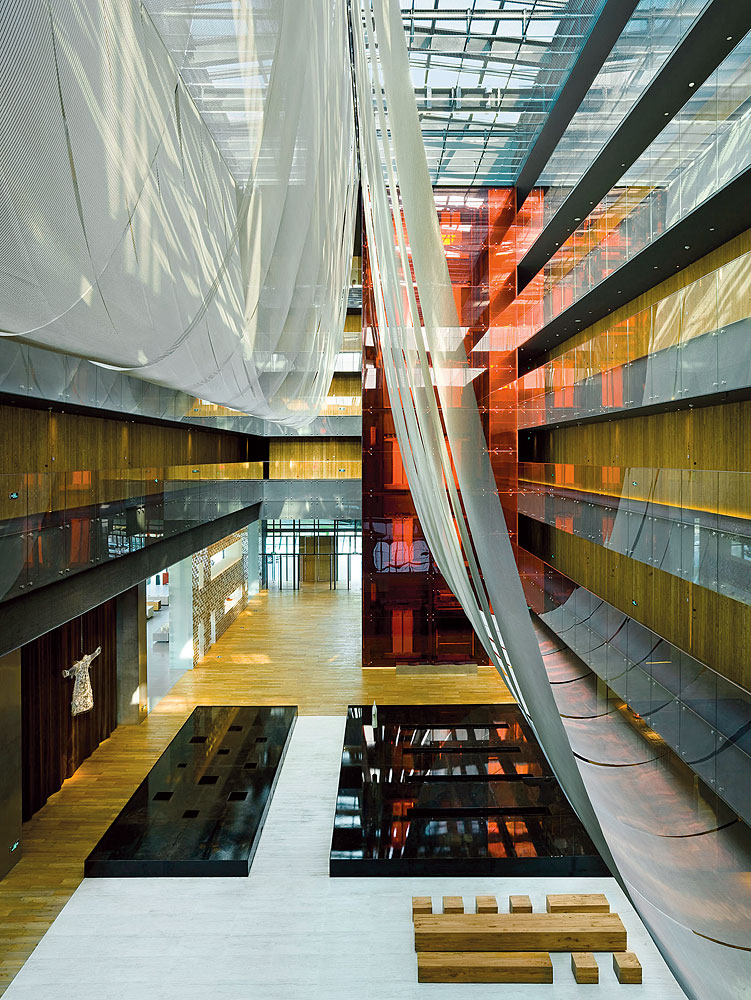 The Opposite House opened in Beijing last August as the first property from the new Swire Hotels group. The Hong Kong–based firm’s parent company, Swire Properties, has a 37-year history developing retail and residential spaces throughout China, Europe, and the United States. Conveniently located in one such space—a contemporary retail village in Beijing’s Chaoyang District—the Opposite House is a short stroll from the popular restaurants and bars on Sanlitun Street. The 99-room hotel (lobby shown) offers several wining and dining options of its own, serving cuisine from Japan, northern China, and Korea at Bei; Mediterranean dishes prepared in a wood-fired oven at Sureño; casual international fare at the Village Café; and vintages and cocktails at the property’s wine bar and nightclub. Set apart from the action at the bar and club, guest rooms at the Opposite House are among the city’s most peaceful and spacious, with blonde-wood floors and large expanses of glass in the living areas, and oak sinks and soaking tubs in the spalike bathrooms. The Opposite House, +86.10.6417.6688, www?.theoppositehouse.com ($730–$1,000)