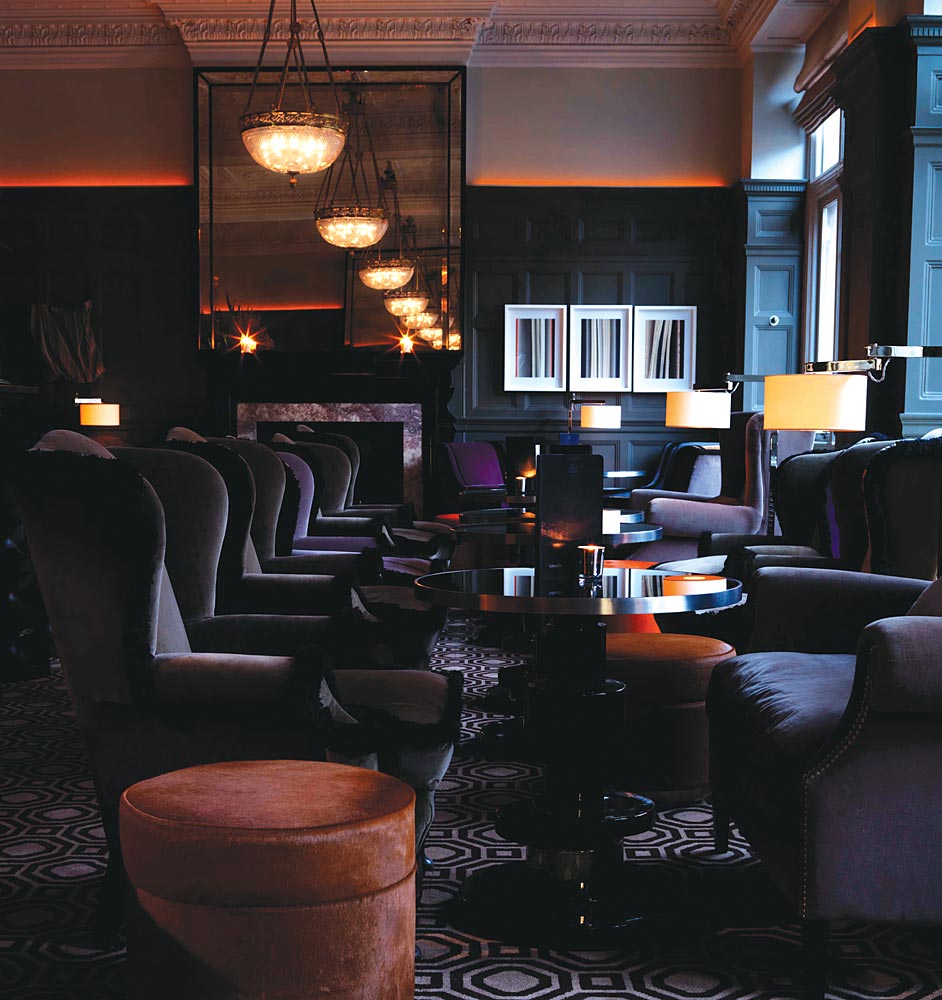 After opening in December 2007, the Coburg Bar at London’s Connaught hotel quickly became one of the most popular watering holes in Mayfair. Since September, however, the Coburg (shown) has faced fresh competition from a David Collins–designed nightspot located just a few paces away—at the opposite end of the newly and classically restored Connaught.

Several designers—Collins, India Mahdavi, and Guy Oliver among them—have contributed to the updating of the 112-year-old Connaught, which closed for eight months before reopening in phases beginning in late 2007. Thus far, in addition to the two bars and 90 impeccably restored guest rooms, the $140 million renovation has introduced a formal restaurant helmed by Hélène Darroze. The Parisian chef, who holds two Michelin stars for her eatery on Paris’ Left Bank, now oversees everything from the afternoon tea trolley at the hotel’s Gallery dining room to the oyster tartare with caviar d’Aquitaine jelly at Hélène Darroze at the Connaught.

Dishes by Darroze play a supporting role during the five-course cocktail tastings at the Connaught Bar, as the Collins-designed space is known. The bar is set near a new wing that will open this summer—with 33 guest rooms and a spa—as the final phase of the Connaught’s restoration. The Connaught, +44.20.7499.7070, www.the-connaught.co.uk ($720–$4,640)