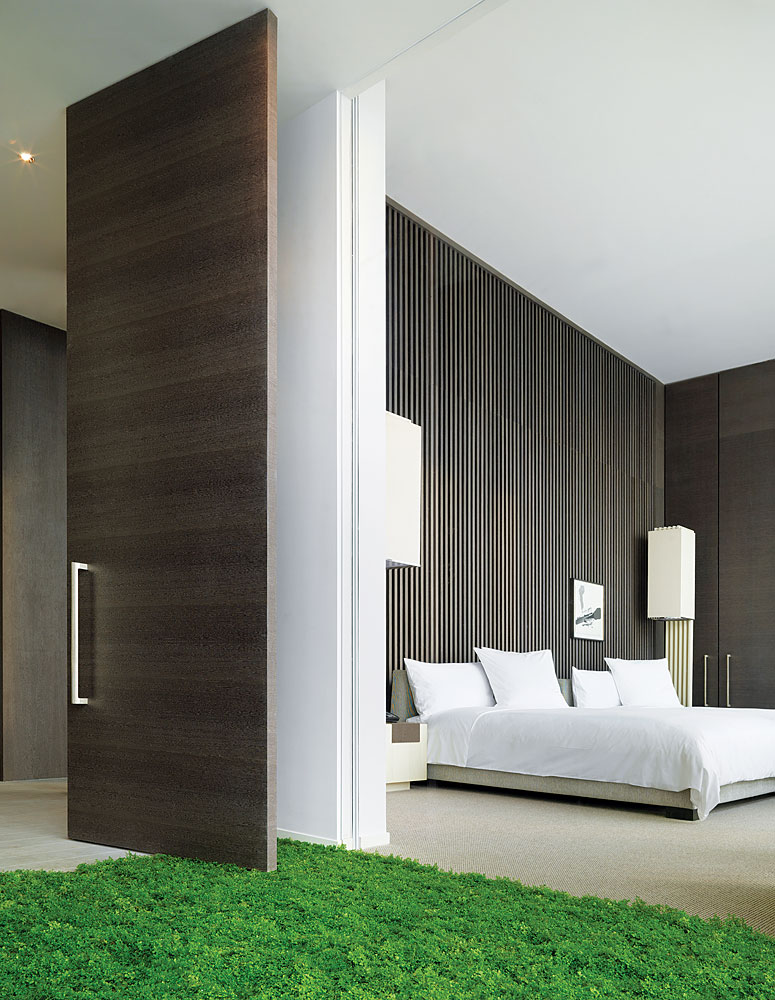 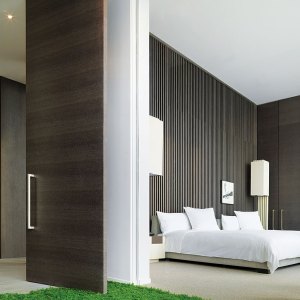 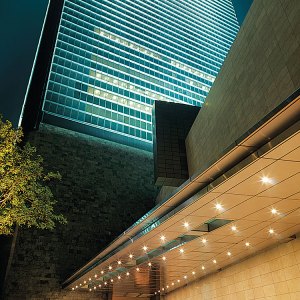 At 101 stories and 1,614 feet high, the Shanghai World Financial Center is the planet’s second-tallest building, after the slightly loftier Taipei 101. But the Shanghai structure holds top bragging rights in at least one respect: It is home to the world’s highest hotel, the Park Hyatt Shanghai, which surpassed the previous titleholder (the neighboring Grand Hyatt Shanghai) when it opened in September on floors 79 to 93 of the new financial center.

Japanese developer Minoru Mori—the visionary behind Tokyo’s 54-story Roppongi Hills—inflamed old Sino-Japanese tensions when he released his original design for the financial center, which resembled Japan’s wartime rising-sun flag. Mori eventually revised his blueprints, and the building’s 174-room hotel appears to be an ode to borderless modernity. The Park Hyatt underscores its universality with artful diagrams that take the place of written instructions throughout the property. Thus every guest—Chinese, American, and Andorran alike—can command the high-tech light switches and take full advantage of the Japanese warming commodes in the sleek living spaces designed by the Taiwan-born American Tony Chi. Guests dine on mostly organic produce at the Park Hyatt’s 100 Century Avenue, the world’s highest restaurant. Park Hyatt Shanghai, +86.21.6888.1234, www.parkhyattshanghai.com ($730–$12,870)