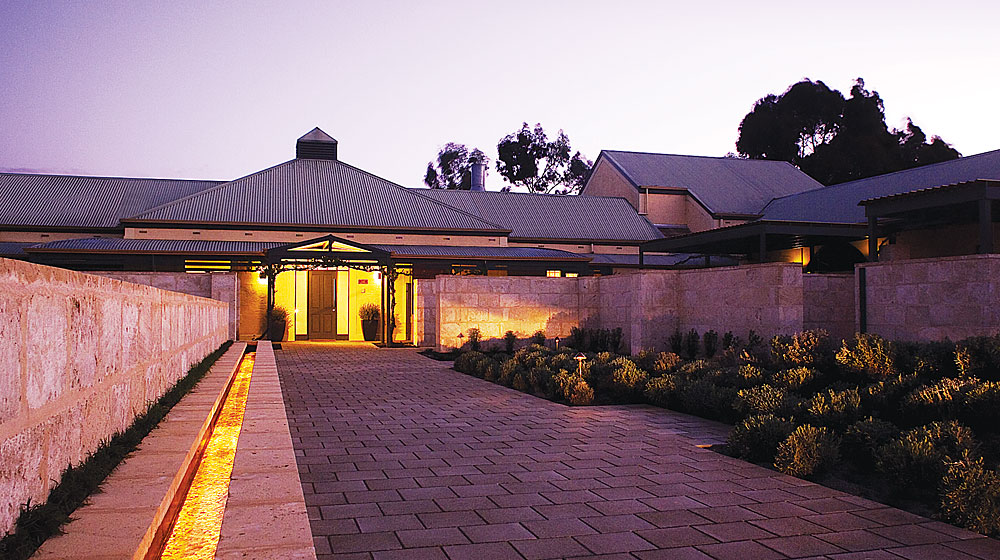 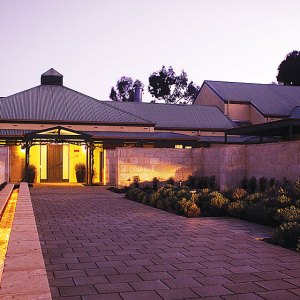 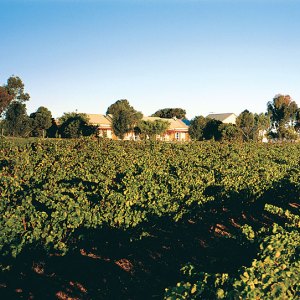 Since its first vintage in 1951, Penfolds

Grange has been the prototype Australian Shiraz, a robust, cellar-worthy red

that has spawned imitators in the Barossa Valley and beyond. As a guest at

Peppers the Louise, a 15-suite hotel located two miles from the Penfolds winery,

you, too, can attempt to clone South Australia’s standard-bearer. The hotel

arranges private tours of Penfolds’ cellars, where, dressed in a lab coat and

equipped with droppers and flasks, you can mix Shiraz, Grenache, and Mourvèdre

to make your own masterpiece. Penfolds then bottles your blend and whisks it off

to the Louise’s executive chef, Mark McNamara, whose culinary team creates a

course for the evening’s dinner that is designed to pair with your wine.

a stay at the Louise, a vineyard retreat one hour north of Adelaide. An escorted

breakfast, perhaps in a meadow surrounded by native gum trees and kangaroos. A

produce, which you help the chef select for his daily menu.

The Barossa’s farming and winemaking traditions date to the

religious and economic restrictions. Within two decades, the settlers had

established a flourishing wine industry that revolved around a network of

growers, a system still in operation today. Changing tastes in the 1980s

vines and replace them with white varietals, but some winemakers—Penfolds among

them—remained resolute. Today, there are approximately 100 wineries and 500

growers in the Barossa, where Shiraz is once again the favored grape.

The vineyards surrounding Peppers the Louise are planted with

wineries. Several of the region’s premium estates are open for tours, including,

also can visit the estate of acclaimed winemaker Peter Lehmann, who, in a nod to

Location: A one hour’s drive north of Adelaide in the

Fifteen suites with private terraces that overlook the surrounding vineyards.

Wine: The Barossa is renowned for its Shiraz, and Peter

Lehmann’s full-bodied, glowering black version is one of the region’s finest

examples. For something lighter and brighter, try the Viognier at nearby

of the equator,” hosts private tastings and dinners in a restored 19th-century

bakehouse, where a glass floor affords a view of the estate’s cellar.