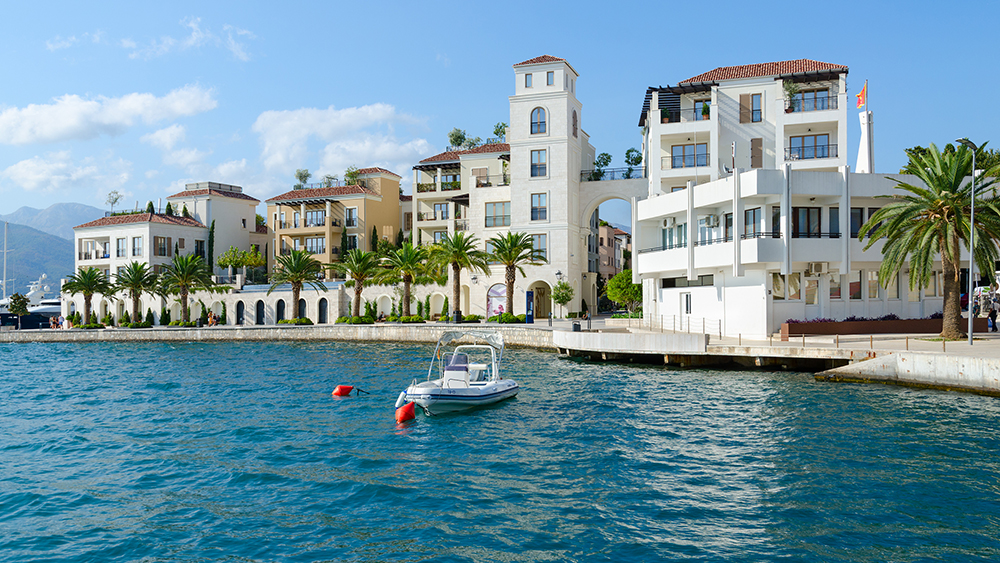 Montenegro is finally emerging from the lingering shadow of Eastern Europe’s Communist chokehold, and re-establishing itself on the international jet set itinerary—thanks in large part to its extraordinary, yacht-friendly coastline. No wonder developers are flocking here to build new luxury complexes that leverage that view from every house, apartment and jetty.  Here is our detailed guide of where to stay, what to do and where to buy if you want to make it a semi-permanent getaway.

There are impressive five-star hotels under development—a Rosewood on a waterfront location near Budvar and the Ritz Carlton near Lustica Peninsula, for example—but the coast already has two superb new options.

There was an Aman nearby, too, but it’s currently shuttered, a shame as its locale on its own island, Sveti Stefan, is appealing, with a starry history—Sophia Loren and Elizabeth Taylor were visitors in the dolce vita 1960s heyday. The owner is currently embroiled in a nasty spat with island locals over beach access, so even when—or, as some believe, if—it reopens, expect the ill will to affect the overall vibe. 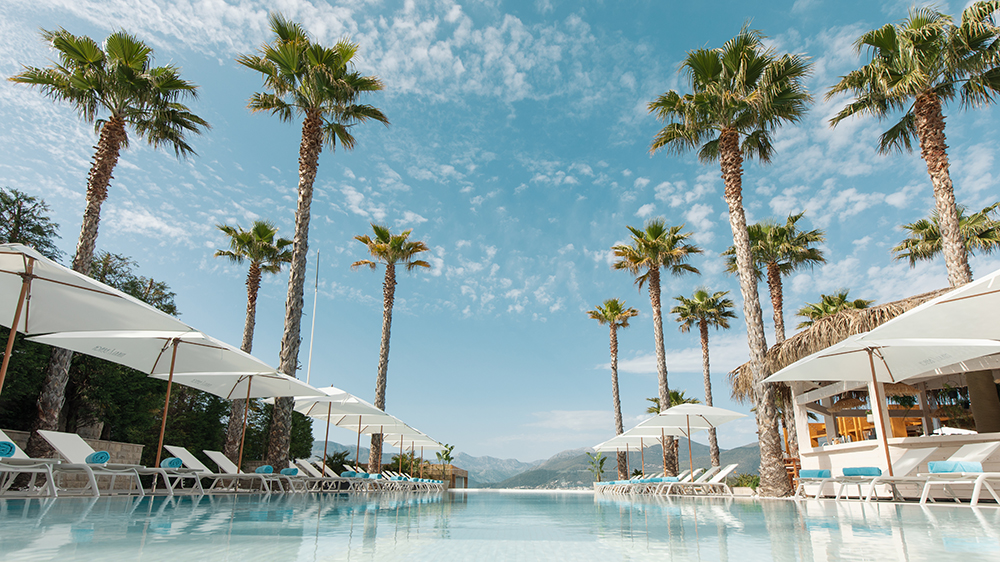 The French beach club chain is synonymous with hedonism worldwide, and has imported its bottles-and-bikinis approach to a new site just 10 minutes boat ride from Porto Montenegro. Stay at the 45-room boutique resort with views over the Bay of Tivat, or just moor your yacht and book a cabana for the day at the 250-person beach club and restaurant, so you can enjoy one of its three pools or the Clarins-operated spa. Rooms start at 650 euros, or about $672 per night. 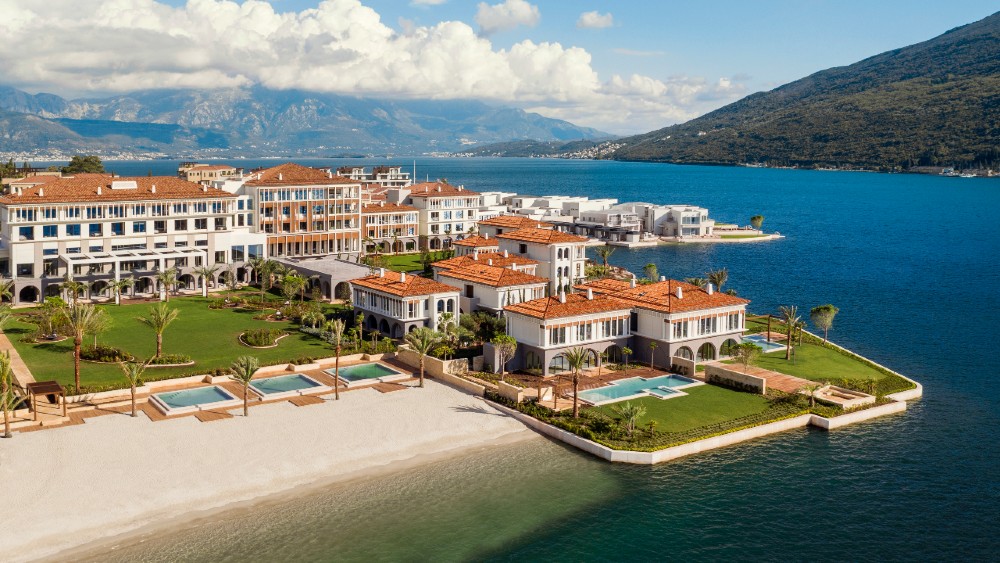 Right at the entrance to Boka Bay, this 123-room resort opened in May, complete with its own mile-long strip of coast. “It’s the #1 upscale place right now—absolutely fantastic and the only hotel located really close to Dubrovnik,” says Ala Osmond of UK-based travel agency Exeter International, and a longtime expert in the region. Families should book the best room, Villa Orjen, which has its own private beach, roof garden and jetty. Don’t miss the Chenot Palace Espace, a satellite space to the Swiss wellness clinic, which has earned kudos from devotees for its deft fusion of Western and Chinese medicine. Rooms start at 835 euros, or around $979 per night.

Ala Osmond recommends a visit to the onetime imperial capital here, Cetinje. “It’s like old Europe—tree lined, with loads of cafes and being there, it’s almost like rewinding time,” she says of the almost village-like city, known for its pastel-painted houses. Stop into the museum at the former royal palace which now houses the Crown Jewels. 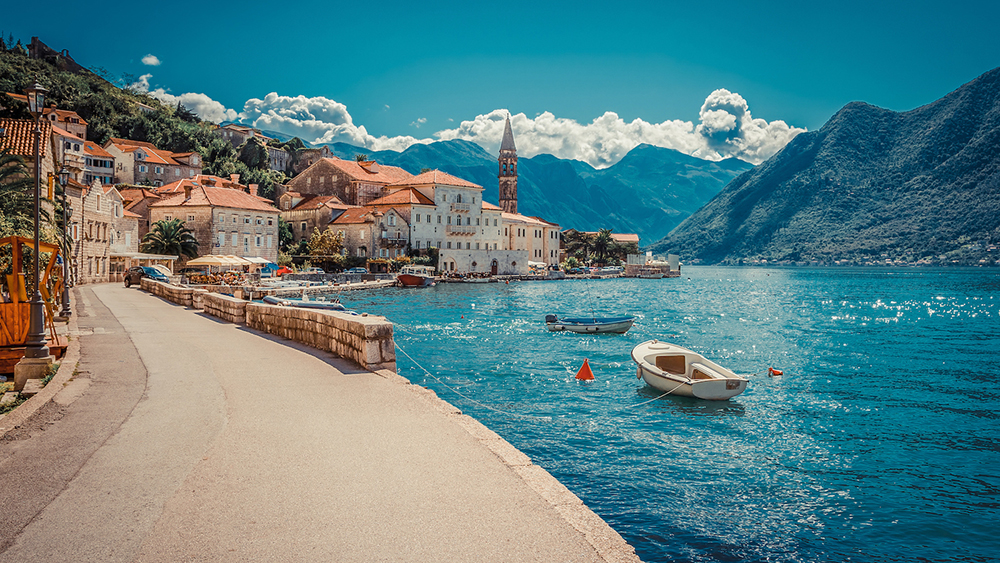 The village of Perast is like something out of a fairytale.  Photo: Courtesy of Red Savannah

She’s also a fan of Perast on Boka Bay, a little village which overlooks the water that she calls “fairytale-like.” Car-free in summer, stroll around here and note the Venetian legacy architecture, stone villas that date back to the almost four centuries when this area was part of the Adriatic empire of La Serenissima. Perast is an ideal perch for lunch overlooking the  tiny island Our Lady of the Rocks, uninhabited but for a small church. The ritual around this manmade spit of land is part of local folklore: Grateful seamen who discovered an icon of the Madonna and Child on a rock in the water here would toss an extra rock onto the pile each time they returned home safely from a voyage. The land slowly accreted through their offerings, and a church was finally built there in the Madonna’s honor. Anyone visiting on July 22 can see, and participate in, the local tradition of fašinada, when those living nearby launch their boats onto the water and toss rocks into the sea to shore up the island’s edges.

Edward Granville of luxury travel specialist Red Savannah raves about the wineries of Montenegro, which are largely family-owned and -operated, and have a homespun charm that many elsewhere in the Adriatic have long since abandoned. Expect superb, intense red wine made from the local Vranac grape, its acid freshness is derived from the chillier temperatures that vineyards often weather here versus across the water in Italy. Pick up some grappa-like grape brandy, too, which most vineyards also produce. The family-run Vinarija Bogojević is one standout, as is the Castel Savina vineyard, which produces both a fine Merlot and some Chardonnay, its white wines a noteworthy exception in a country known mostly for reds.

Most Montenegro visitors are eyeballing the destination as a potential long-term investment, especially while the government’s citizenship by investment program remains in operation through the end of 2021. Spend 450,000 euros (about $528,000) or more on a designated property, and you’ll receive citizenship as a thank you—no wonder, per Knight Frank’s Wealth Report, the ultra-high-net-worth population ($30 million plus in assets) here will increase by 36 percent between 2019 and 2024. 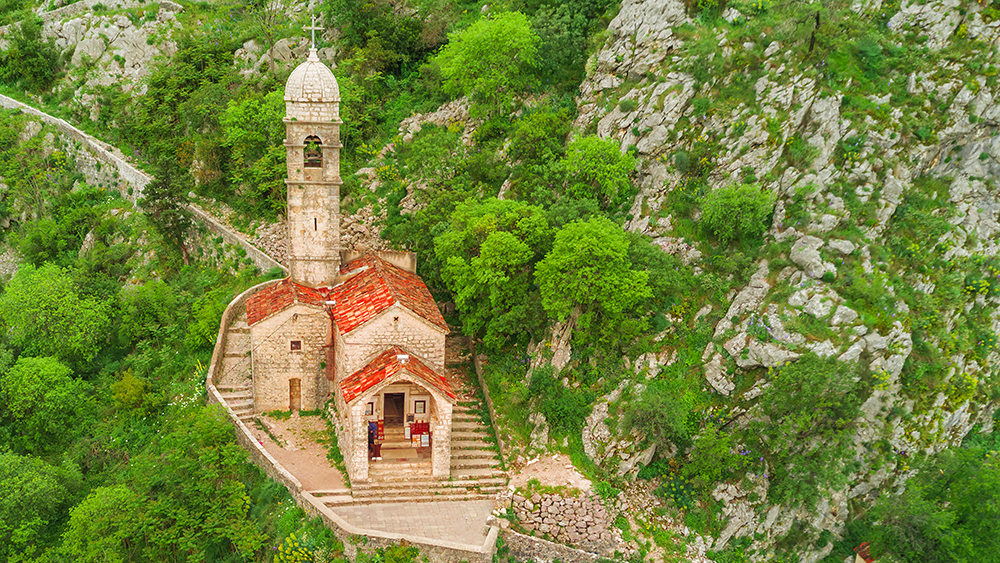 The hotel giant created 10 luxury branded villas for sale, including are 10 luxury branded villas, with the priciest costing around $17.5 million. For a bijou pied-à-terre, opt instead for one of the 218 apartment residences in the mixed use complex, starting at just over $400,000. “A family of four could buy a unit for 450,000 euros [around $530,000] and with all the other costs, it will be around 650,000 euros total [around $760,000],” and with that you get an actual passport after four months—you don’t need to wait for five years as you do with Golden Visas,” says Niko Laković, the local lead for Sotheby’s International Realty.

The rival to Porto Montenegro is effectively a purpose-built gated community anchored by two marinas and the first 18-hole premium golf course in the country, designed by Gary Player. There are 1,500 different homes here, from villas and apartments to the soon-to-launch cluster of high-end course-adjacent homes on the ridge top above hole #1. Studios at the Chedi-branded residences start at 315,000 euros (around $371,000).

This almost 12,000-square-foot, four-story Baroque palace was built in the late 18th century by a well-to-do shipwright; his namesake family went on to figure prominently in local trade for centuries. Lakovic calls out its impressive Venetian-inflected aesthetic—a nod to the influence La Serenissima long exerted over this corner of the Adriatic—as well as the meticulous restoration of the interiors, for sale for 15 million euros (around $17.7 million) Even better: Its perch directly overlooking the Bay of Kotor includes mooring for a superyacht.

Sveti Marko is primed for both residential and commercial development: The 74-acre private island is the largest in the Bay of Kotor and sits directly in the bay of Kotor across from Nikki Beach. It’s on the market for 85 million euros (around $100 million) and the freehold includes the right to develop a 840,000-square-foot five-star resort, as well as waterfront villas and a complex attached to its natural marina.