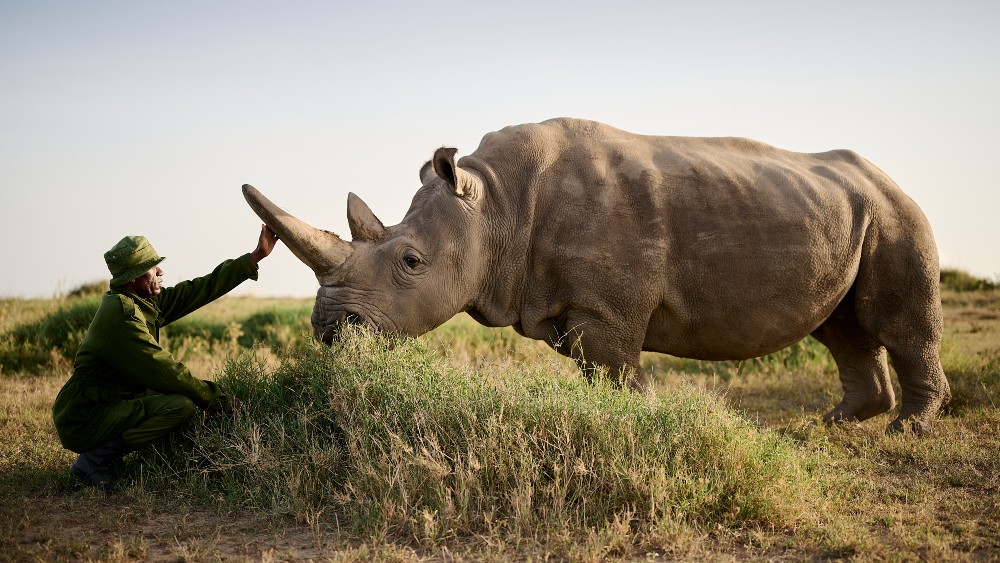 My southern Tanzania night safari had began with a scene straight from Sherlock Holmes: We spent half an hour searching for animal eyes in the pitch-dark forest when the Jeep screeched to a halt. Our guide, Hamza Visram, uncovered the first clue.

“Do you see that?” asked Visram, head guide for safari outfitter Asilia Africa. “Those are leopard tracks—and they’re fresh.” Visram, who led our night drive at Asilia’s new Usangu Expedition Camp in Ruaha National Park, was as giddy about the find as my fellow guests and I were. Locating this leopard would give us the chance to test Usangu’s thermal-monocular night-safari gear, which displays night scenes via temperature differences—curbing the need for disruptive artificial light. A leopard sighting would also be a major win for the research crew.

When Asilia opened its four-tent Usangu camp in summer 2022, it did so with a mission to help researchers monitor, understand and protect this relatively new—and historically overhunted—pocket of Ruaha. Here, you’re are part of the project: Upon arrival, you’ll don their citizen-science caps to assist Asilia and partners such as the Tanzania Wildlife Research Institute with everything from wildlife collaring sessions to uploading wildlife photos on the biodiversity-tracking app iNaturalist—both critical for monitoring the under-studied wildlife in this region.

With its approach to citizen science and its adrenaline-pumping night drives, Usangu points to the safari industry’s future. “One of the first questions I’m now asked when speaking with a client is what can they do beyond the traditional game drive,” says Becca Fritz, marketing manager for luxury safari tour operator Alluring Africa, which coordinates trips to far-flung camps such as Usangu. “Travelers are looking for a more active role in their safari experiences and want to contribute in meaningful ways.”

What that looks like varies across the continent. You might choose to go gorilla trekking with top ape researchers, join a training session with a canine anti-poaching unit or any host of safari upgrades in between. Here are some of the newest experiences that are designed to let you dive deeper into the wild on your next safari.

Last February, the Dian Fossey Gorilla Fund unveiled the $15 million Ellen DeGeneres Campus, a hub for research, conservation and collaboration centered on protecting endangered gorilla species. Gorilla-trekking travelers can enhance their understanding of the great apes with a visit to the campus, situated in the foothills of Rwanda’s Volcanoes National Park. On the five-day Go2Africa Adventurer Rwanda gorilla-trekking itinerary, you’ll have a host of new, enriching experiences to choose from: a campus tour, researcher-led gorilla treks, a two-hour ape conservation masterclass and a private cocktail hour with local wildlife experts. Meanwhile, at the One&Only Gorilla’s Nest, you can enjoy a VIP campus experience with Fossey Fund staff members, plus a behind-the-scenes tour of the science lab.

Lion extinction in Rwanda’s Akagera National Park was one of countless tragedies triggered by the 1994 Rwandan genocide. The resilient East African nation has rebounded over the past three decades; so, too, has its lion population, via a cross-continent initiative led by AndBeyond, African Parks and the Rwanda Development Board. In 2015, the trio translocated seven lions from Phinda Private Game Reserve in South Africa to Akagera in Rwanda—and the population more than doubled in the first year. You can witness and learn about this conservation success story by following the lions’ travel path with AndBeyond’s 10-day Return of the Lion itinerary, which launched in 2021. The trip follows the translocation journey, from South Africa to Rwanda, with game drives, walking safaris and researcher-led lion tracking trips that illustrate the ins and outs of big-cat conservation.

Learn about Human-Wildlife Coexistence in Botswana

Human-wildlife conflict poses major risks; communities struggle with financial ramifications, food security and safety threats, while animal populations may decline and even go extinct. Global organizations like Elephants for Africa have innovative solutions such as elephant-proof fencing, and a new Natural Selection Botswana safari takes travelers behind the scenes to witness these innovations firsthand. On this eight-day trip, safari-goers enjoy a blend of wildlife viewing, luxury camps and meetings with community farmers and leaders behind Elephants for Africa and Communal Herding for Livestock and Wildlife Protection (CLAWS), which aids lion conservation while protecting rangelands and cattle.

Canines are essential to conservation in Kenya’s Ol Pejeta Conservancy, home to East Africa’s largest black rhino sanctuary plus two of the planet’s last remaining northern white rhinos. A team of bloodhounds aid Ol Pejeta’s fight against poaching; they track poachers’ scents, detect ammunition and attack and detain suspects. Safari properties such as the new Sanctuary Retreats Tambarare, which opened in June 2022, offer meet-and-greet experiences with the bloodhounds and the chance to join the dogs’ handlers on a morning run. At Asilia’s Ol Pejeta Bush Camp, you can partake in a training game of human-canine hide and seek, where the dogs show their savviness by tracking and detecting visitors.

For nearly 100 years, the Great Karoo, a 150,000-square-mile expanse of grasslands, plains and savannah, had no cheetah—farms and fencing in the late 1800s had pushed big cats out of this once-wild South African landscape. Through efforts like those at the Samara Karoo Reserve, which rewilded a 67,000-acre section of the Great Karoo, lions and cheetahs have returned and now roam free—and you can track the latter on foot with Ker & Downey Africa’s new 13-day cheetah conservation safari. The adventure includes stints at the Cape Winelands and Sabi Sands Private Game Reserve, as well as on-foot cheetah tracking and researcher-led education at Samara.

Country-hop with Diverse Wildlife Experiences Across the Continent

Why limit your immersive safari to one, or even two destinations? Abercrombie & Kent’s new 22-day across-the-continent itinerary includes stops in seven African countries—with one-of-a-kind travel experiences throughout the journey. The trip, which launches in 2023, includes visits to Egypt, Rwanda, Tanzania, Botswana, South Africa, Benin and Morocco; wildlife-centered portions feature meet and greets with leading conservation experts, from a Q&A session with Tanzania Wildlife Research Institute lion researchers during a stop in the Serengeti to a private meeting with a gorilla doctor from the Fossey Fund before ape-trekking.

The nearly 40 women behind South Africa’s Black Mamba anti-poaching unit have a critical job: protect rhinos by patrolling roughly 50,000 acres of Kruger National Park. That equates to around 12 miles of walking each day—and it’s paying off. Since its founding in 2013, the Black Mambas have achieved an up to 90 percent reduction in poaching incidents. As a guest of Ker & Downey Africa’s new 13-day South Africa safari, you can enjoy a rare peek behind the curtain of their work. In addition to wildlife sightings and wine tastings, you’ll meet Black Mamba team members and tour the unit’s private operations room, where you can learn about the critical work being done to protect Kruger’s at-risk animals.