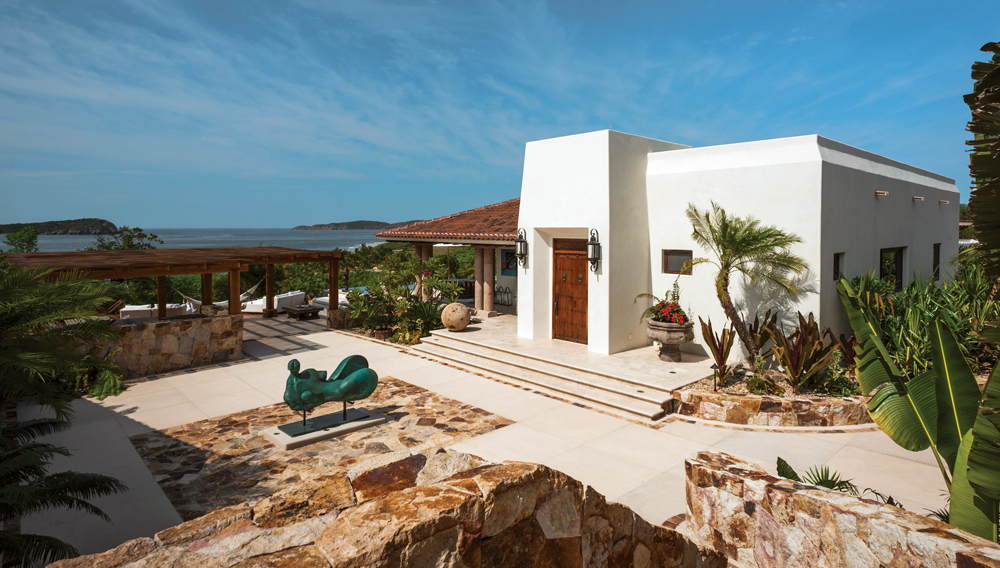 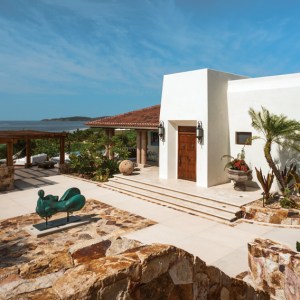 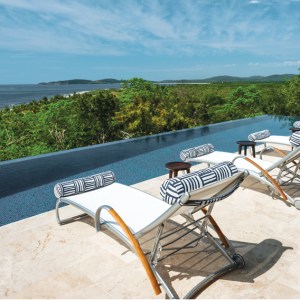 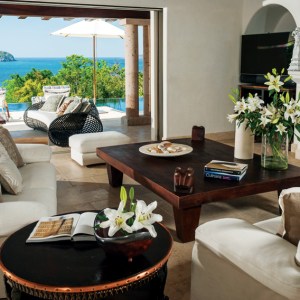 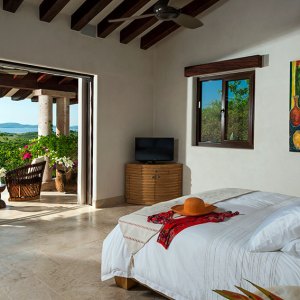 A couple searches for a few friendly neighbors on Mexico’s Costa Alegre.

Efren Campos steers his ATV between two beavertail cacti, coming to a stop at the edge of a wild headland overlooking the Pacific coast. The waves crash loudly into the rocks below, spraying up through a nearby blowhole as he surveys our surroundings. To the north are Chamela Bay and the untouched Playa Rosadas. To the south is the picturesque Playa Turquesa. The rugged beauty of Mexico’s Costa Alegre—a 150-mile stretch of coastline extending from Puerto Vallarta to Manzanillo—recalls California’s Monterey Peninsula. Here, however, succulents replace cypress trees and development is scant.

Among Costa Alegre’s scattered developments—which include the exclusive Costa Careyes community and Las Alamandas resort—is the new Las Rosadas, a 420-acre parcel where Efren and his wife, Maria, serve as property managers. The San Francisco–based couple Tom and Kiki Miller purchased the land for Las Rosadas in 2005. After 10 years of part-time residency—first in a palapa on the beach and more recently at their 12,271-square-foot home Paloma Blanca—they are actively recruiting a few neighbors with the development of a limited number of homes.

“We’re not developers. We’re just a family who likes to vacation in Mexico,” says Matt Miller, Tom and Kiki’s son and the COO of the Costa Chamela Corporation, the company behind Las Rosadas’s development. “People will come here, and either they will get it or they won’t.”

A similar business plan has worked in these parts before. A 10-minute drive from Las Rosadas, Costa Careyes was founded in 1968 when the Italian banker Gian Franco Brignone purchased 8 miles of coastline and started constructing cliff-top “castles” with cantilevered pools. Brignone attracted a small but sophisticated crowd to what was then the middle of nowhere—and today is a full-service resort community with art galleries, restaurants, and a polo club.

At Las Rosadas, however, there will be no cliff-hanging pools. Residences will be set back into the jungle, hardly visible from the sea. A far cry from Costa Careyes’s brightly colored castles, the hacienda-style homes will feature barrel-tile roofs and Spanish-tile floors, as well as such conveniences as central air-conditioning and state-of-the-art security systems.

Homesites will be released in three phases. Last November, two bluff-top lots (ranging from 2 to 3 acres and priced from $4.75 million) and the Millers’ six-bedroom Paloma Blanca (priced at $10.75 million) came on the market. Six additional bluff-top homesites will become available in October. A third phase will include a group of smaller lots closer to the community’s main beach, Playa Rosadas, and larger beachfront homesites on the south side of the property. Master plans call for a total of just 39 homes, ensuring that more than two-thirds of the property remains untouched for many more years to come.