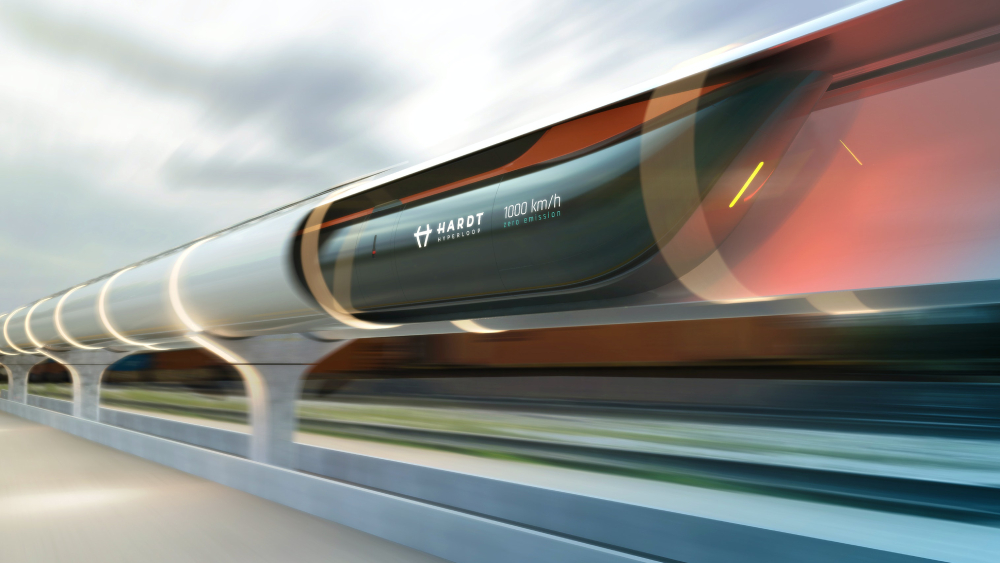 The next generation of trains will leave the likes of the Orient Express in the dust.

According to a recently completed study by Dutch company Hardt Hyperloop, a new hyperloop train system capable of zipping passengers between Paris and Amsterdam in 90 could soon be a reality. The company is currently in talks to identify five potential transportation hubs that could be connected via the new high-tech network.

“Hyperloop for passengers can become a reality as early as 2028. What makes it so unique is its high capacity, low energy use and high speeds that indeed shorten travel times substantially,” a Hardt Hyperloop representative told Lonely Planet.

Train travel at such high speeds could have wide-reaching implications for those with access to the Hyperloop. The Daily Urban System imagined by Hardt would connect cities and regions, both within a given nation and beyond its borders, with a speed and efficiency never before seen. When it comes to the Netherlands, connections from Amsterdam to Groningen and Amsterdam to The Hague were studied while analysis of international connections focused on Düsseldorf, Frankfurt and Paris.

“A Hyperloop connection between Amsterdam and Eindhoven takes just 15 minutes,” said Stefan Marges, project manager of Hardt Hyperloop, in an interview with Lonely Planet. “And Düsseldorf can be reached in less than half an hour. The perspective on home and work distances will be radically altered. The Hyperloop is especially perfect for international connections.” In short, the new system could obviate the need for short-range flights in the area. It could also make the daily work commute between Paris and Amsterdam a perfectly viable option.

Designed with spacious (and Jetsons-esque) interiors, the autonomous Hyperloop would travel through sealed tubes, meaning that they are protected from the environment and inclement weather. The cars, propelled by an electric motor, hover within the tubes thanks to an intricate system of powerful magnets which create a practically frictionless ecosystem. This is what allows the concept to be so environmentally friendly as its energy requirements are exceptionally low and far less than even the most advanced high-speed bullet trains. Plus, the hyperloop trains are expected to travel at 1,000kph (about 621mph). Get ready for day trips to Paris, Amsterdammers.