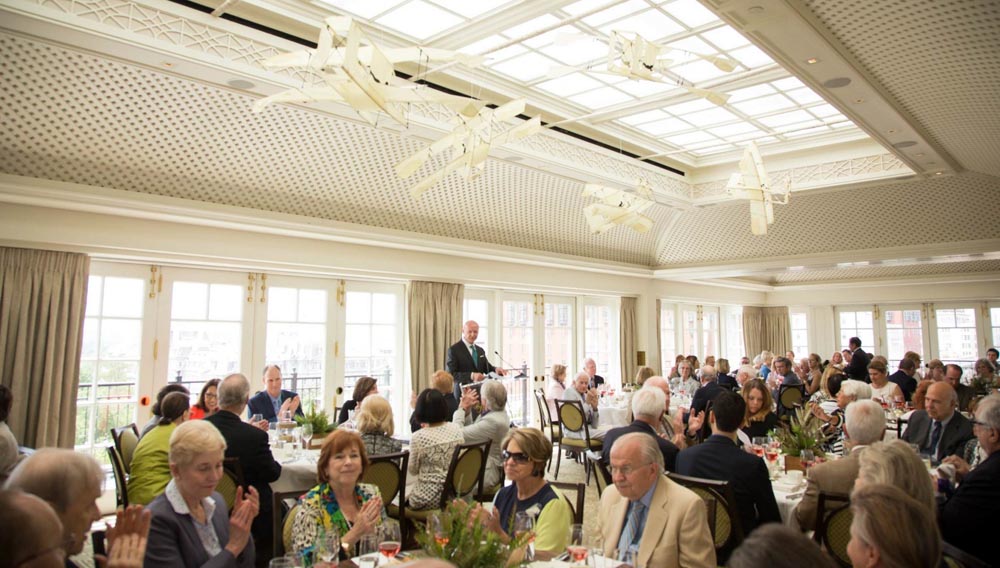 The Hay-Adams Top of the Hay, the rooftop venue for the Author Series
View Gallery — 5   Photos

The Hay-Adams Vice President and General Manager Hans Bruland and The Washington Post’s former book critic Jonathan Yardley introduced David McCullough, the featured author at the May 12, 2015 Author Series. The Hay-Adams Author Series is the recreation of a literary tradition that began in the late 1800s when the homes of John Hay and Henry Adams, once located on the site of the hotel, were the center of Washington, DC’s intellectual and social gathering. The Hay-Adams hosts outstanding writers on its rooftop venue, Top of the Hay. overlooking the White House. Past authors include Walter Isaacson, Tony Horowitz, Geraldine Brooks, Toni Morrison and John Grisham, among others.

McCullough, a two-time Pulitzer Prize winner for Truman and John Adams and two-time National Book Award winner for The Path Between the Seas and Mornings on Horseback. discussed his newest book, The Wright Brothers, at this month’s Author Series.  “There’s no such thing as a self-made man or woman,” McCullough stated. “It’s a unified effort,” giving much credit for his success to his wife of 60 years, Rosalee McCullough, who is also the “best dancer,” as well as to his editor Mike Hill. The author, who’s never considered himself a historian, but “a writer who happens to write about people who really live,” shared his thoughts on the early days of The Wright Brothers and described their purpose as “larger than them,” as well as their repeated failures.

For more information about The Hay-Adams Author Series, go to www.hayadams.com.