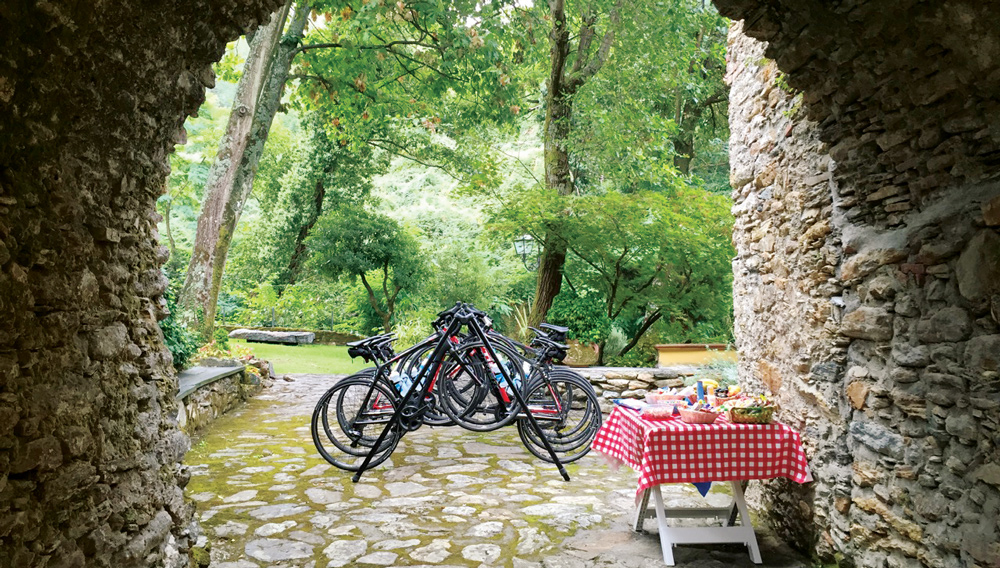 Trek Travel takes cyclists to the top in style.

“If you are going to do the climb,” Wiebe Moeys told me, “you should skip wine with lunch.” Moeys, a guide on my Trek Travel cycling trip through Tuscany and the Italian Riviera, offered wise but disheartening counsel—especially considering we were at a charming outdoor trattoria in the medieval hill town of Montecarlo, not far from the Chianti region. While I managed to abstain from the bounty of the surrounding vines, I could not resist a bowl of hearty wild-boar stew with polenta. The dish was as rich as it was delicious—and no better for a climb than a glass of wine.

Hard work and indulgence strike a balance on any itinerary with Trek Travel, a luxury outfitter that leads cycling trips throughout Europe, North America, South America, and Asia. Launched in 2002 by the owners of Trek Bicycles—a Wisconsin-based manufacturer known for producing the road bikes that several cyclists have ridden to titles in the Tour de France and other prestigious races—the travel company takes clients everywhere from the cobblestoned streets of Barcelona to the mountain ranges of Chile. This year the company also began offering its new One Collection trips, each of which is based out of a single locale, such as Tennessee’s Blackberry Farm or a private villa in Spain.

My six-day Italian itinerary with Trek Travel began in the Tuscan town of Lucca, where the rolling hills dotted with 16th-century ramparts were as picturesque as they were challenging on two wheels. Daily rides of up to 29 miles or more took me from Media Valle del Serchio (the hometown of the Italian cyclist Mario Cipollini) and Pietrasanta (where Michelangelo unearthed marble for his sculptures) to Cinque Terre’s villages of Corniglia and Vernazza. Each day, I clipped into one of the Trek Domane 5.9 bicycles, which sported a carbon-fiber frame and electronic shifting for easier climbing and more speed. Each night, I rested in the region’s finest accommodations, including Il Bottaccio (an 18th-century Tuscan mill converted into an elegant estate) and Tenuta San Pietro (set within a restored 16th-century country house).

After my teetotaler’s lunch in Montecarlo, I followed Moeys on our ascent of hilly San Pietro, slowly grinding my way up switchback after switchback to arrive high above the hamlet. A pause at what appeared to be the top revealed that our climb had only begun. Hopping back on the saddle—with my lunch still weighing me down like an anchor—I resumed my push up the 21-degree incline. When I finally reached the summit, I was exhilarated not just by my success but by the reward that awaited back at the bottom of the hill: a well-earned glass of Chianti.