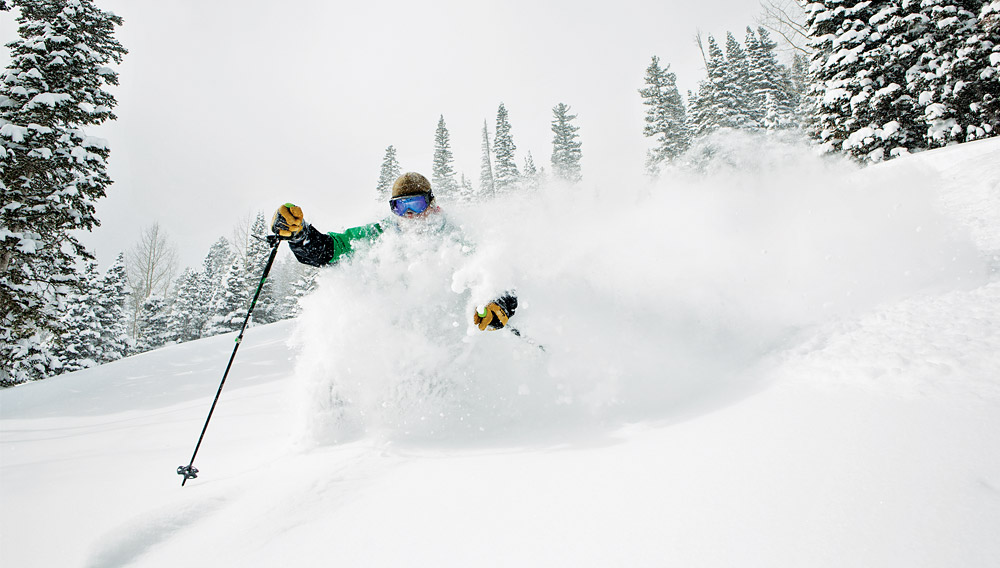 Two years ago, the developer Jim Aronstein approached the skiing pioneer Johnnie Stevens about a luxury ski community he was planning in the mountains of southwestern Colorado. Stevens—the former COO of Telluride and an inductee in the Colorado Ski and Snowboard Museum Hall of Fame—was not interested. “I had developed Telluride and thought that was the best job in the world. I was done. But then I saw this,” Stevens says, gesturing toward the San Juan Mountains’ Cimarron Ridge. “I don’t know of any other place with physical attributes like it.”

Stevens now serves as the general manager and director of sales for the Cimarron Mountain Club, a private community set on 2,000 acres of virtually untouched wilderness that Aronstein and his family acquired in 2004. Located between Gunnison and Montrose, the community features about three-quarters the skiable acreage of Telluride, an expanse that will be the exclusive domain of the club’s few residents.

The community’s first 12 of an eventual 20 homesites, for which reservations opened in February, are priced from $1.8 million to $3.2 million and range from 50 to 70 acres. Owners at the club can choose their own architect and designer, although their plans must be approved by a review committee to ensure that they integrate with the surroundings. Size limitations will also be imposed, capping aboveground area at 4,500 square feet and total area at roughly 9,000 square feet.

Upon completion (scheduled in 2016), the Cimarron Mountain Club will offer a host of amenities for members, including a restaurant, a bar, a lounge, an outdoor deck with a hot tub, and a skating pond. Annual membership fees of $45,000 per homeowner will include such services as home maintenance, transportation, and ski patrol. Each household will have unlimited access to downhill snow-cat skiing on the club’s slopes as well as to the community’s mountain-biking and hiking trails, via ferrata courses, mid-mountain yurt, and ski and bike rooms. Heli-skiing will also be available to members at an additional cost.

Given the community’s limited development plans, Aronstein estimates that its slopes will never host more than 40 skiers at any time. “This is an experience you can’t get at a regular resort,” he says. “There’s no other private property like this in North America. Cimarron is one of a kind.”