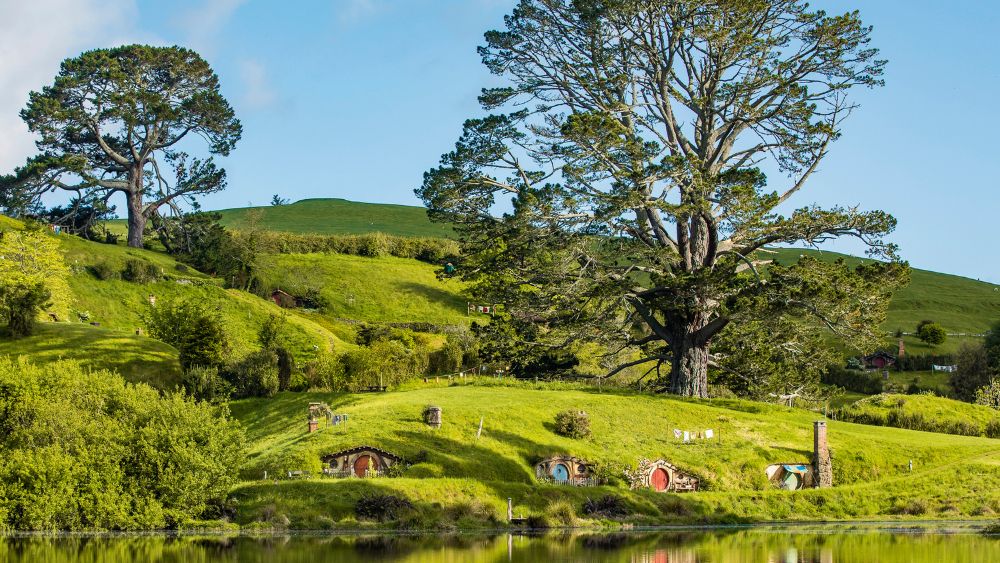 If you ever wanted to live like Bilbo Baggins, here’s your chance to stay in the Shire IRL.

While the Lord of the Rings trilogy might’ve taken place in a fictional, faraway land known as Middle-earth, many of the film’s most famous locations can actually be found across New Zealand. Now, a 2,500-acre working farm in Waikato—better known as Hobbiton—will soon be available on Airbnb and offer you a chance to stay overnight on the original movie set. And yes, you do get to hang out in your very own Hobbit hole.

“For more than two decades, we’ve welcomed millions of passionate fans to Hobbiton Movie Set, but never before has anyone had the opportunity to spend a night in Middle-earth,” host Russell Alexander says in a press release. “I am delighted to share the beauty of my family’s farm and pleased to be hosting this iconic location on Airbnb for fans from around the world.”

The one-of-a-kind opportunity is being offered for the first time in an effort to commemorate the 10th anniversary of The Hobbit: An Unexpected Journey. Not only do visitors get a behind-the-scenes private tour of the 12-acre set, but they’ll be sleeping in accommodations curated by the trilogies’ creative director, Brian Massey. The Millhouse features two bedrooms, a cozy writing nook and Hobbit-inspired decor.

Of course, no homage to Tolkien would be complete without a feast. In fact, you’ll be treated to an evening banquet at the Green Dragon Inn, filled with comforting culinary delights. Think beef and ale stew, whole roast chickens and freshly baked bread—no word on whether the lot is made by elves. While you won’t be keeping up with the halfling’s seven different mealtimes, the retreat will include a few more than humans are typically used to. A “second breakfast” and Elevenses (a mid-morning tea break) are scheduled daily.

If you’re up for an unexpected journey, note that only three individual overnight stays will be available for up to four guests at a time. The dates include March 2 to 3, March 9 to 11 and March 16 to 18, 2023, and the cost is $10 NZD (or approximately $6) per night. Visitors are responsible for their own travel to and from Auckland, New Zealand, and round-trip ground transportation will be provided for the two-hour transfer from the airport to Hobbiton. Bookings will start on Wednesday, December 14, via the Airbnb website at 10 am New Zealand Standard Time.

So, are you ready to take a journey to Middle-earth?