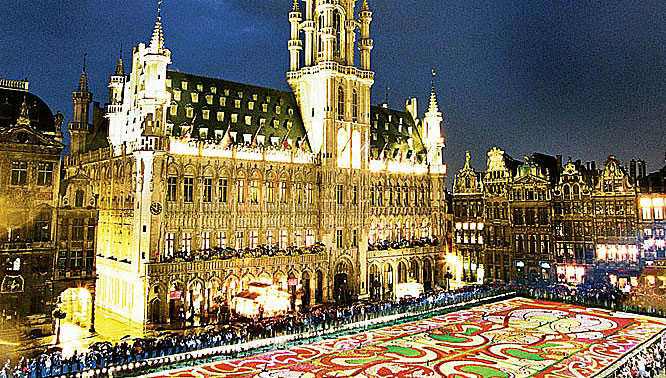 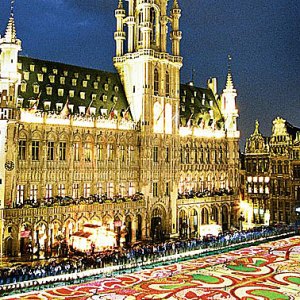 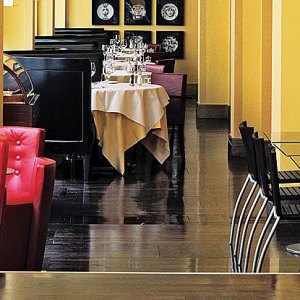 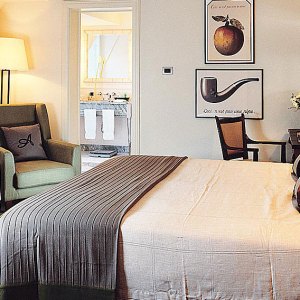 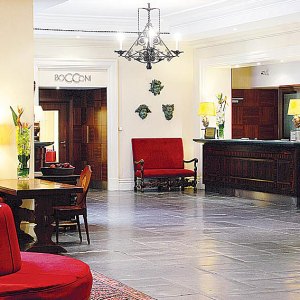 Brussels, capital of Belgium and of the European Union, should never be described as stodgy; the city flaunts its eccentricities like an art- house film. Comic-strip murals decorate old brick exteriors, the local nickname for the EU’s headquarters is “Whim of the Gods,” and Brussels’ most famous landmark, Manneken-Pis, is a foot-tall statue of a tot passing water. Fittingly, the Hotel Amigo has a backstory with a wink. The original building on the site, located one block from Brussels’ historic Grand had been a prison. When the Spanish ruled the region in the early 1500s, they misunderstood the jail’s Flemish name, believing it meant “friend,” and translated it to “amigo.” Today’s Amigo, however, is quite befitting of its moniker. The hotel’s sleek rooms and common areas have a straight-edged, masculine appeal, made all the more welcoming with local touches such as Belgian linens and wall tapestries. Throughout the property, the Amigo displays artworks from the collection of its owner, Sir Rocco Forte, a British hotelier of Italian descent. Accommodations Surrealist and comic-strip prints by native sons René Magritte and Hergé decorate the 174 guest rooms and suites. Facilities A ballroom, six meeting rooms (some overlooking the Grand Place), a 24-hour business center, and a fitness center. Dining Breaking away from the city’s omnipresent waffles, mussels, and French fries, Bocconi’s cuisine is all Italian. The lobby bar’s walls hold signed photos of many of Europe’s literary greats who have stopped there for a drink. Concierge Recommends Sample a few of Belgium’s more than 400 beers at A la Mort Subite (“Sudden Death”), a classic beer hall, or at the Delirium Café, which offers more than 2,000 different brews. Both are within stumbling distance of the hotel. Rates From about $922 for a standard room to $6,693 for the Armand Blaton Royal Suite.