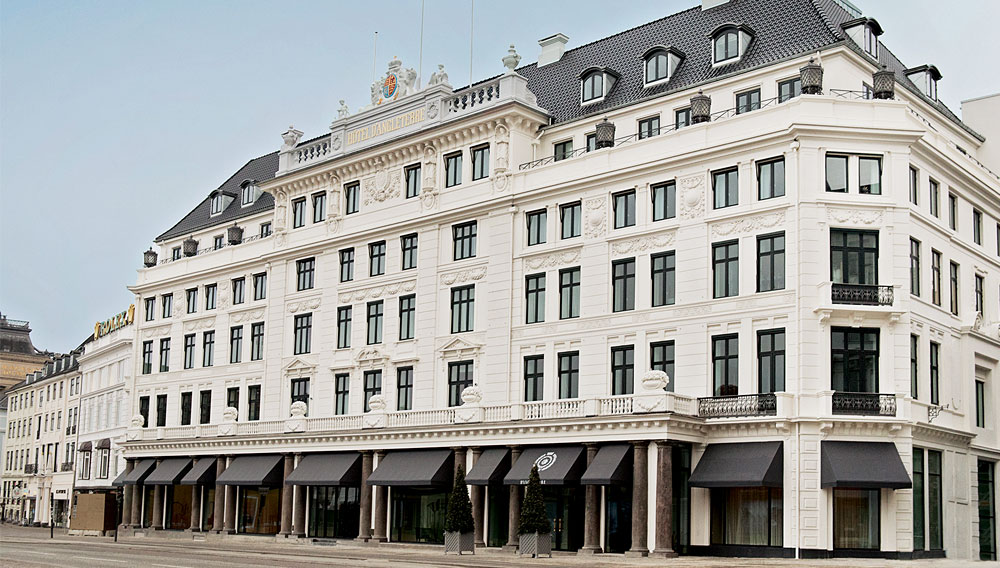 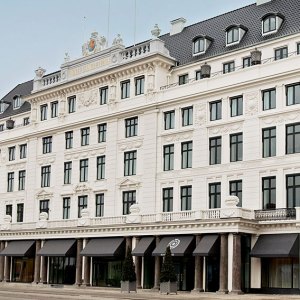 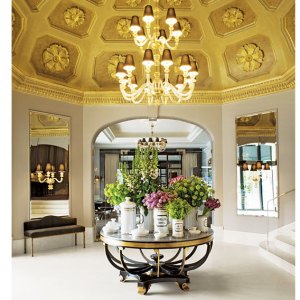 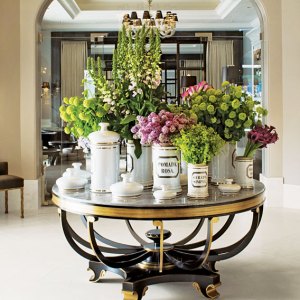 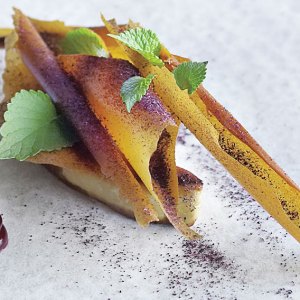 Throughout the Hotel d’Angleterre’s 259-year history, Copenhagen’s White Lady has served as a restaurant for the Danish elite, a private club for the English gentry, and a safe haven for Russian royalty during World War I. Following a two-year renovation unveiled in May, the grand dame has reclaimed her illustrious place in Danish society.

The d’Angleterre—whose nickname derives from its ornate whitewashed facade—retains its grandeur with details such as gilded chandeliers and Europe’s largest glass-mosaic roof. But the neoclassical palace is firmly rooted in modern-day luxury, with 90 guest rooms—30 of them suites—adorned with marble-clad bathrooms, state-of-the-art media hubs, and oversize Bang & Olufsen TVs. Several of the suites pay homage to historic Danish figures (the Karen Blixen Suite features artworks and furnishings inspired by her adventures in Africa), and many include balconies with views of King’s New Square.