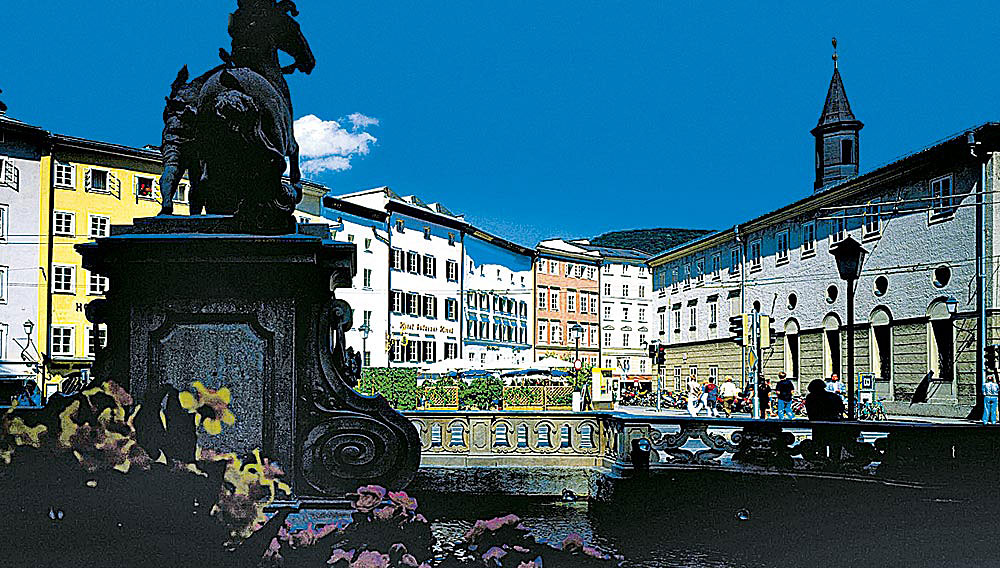 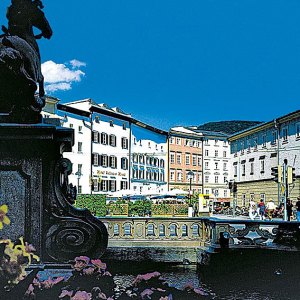 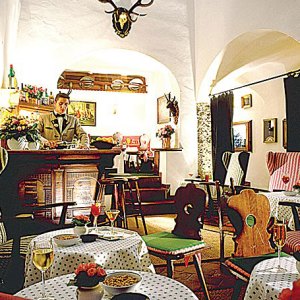 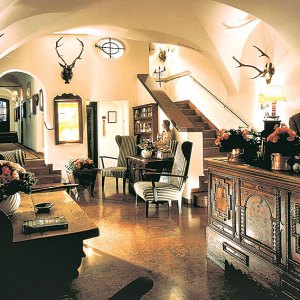 In the film adaptation of Rodgers and Hammerstein’s musical The Sound of Music, Baroness Schrader, Captain von Trapp’s impermanent Viennese fiancée, delights in her visits to Salzburg “among the birds and the flowers…stumbling about to waltzes by Strausses I can’t even remember.” For five weeks each summer, the entire Austrian town shuffles about to Strauss—as well as to Mozart (who was born in Salzburg), Beethoven, and Brahms—at the annual Salzburg Festival, the Wimbledon of classical music. Habitués attending the event angle for favored rooms, dinner tables, and, following opera performances, bar seats at the city’s Hotel Goldener Hirsch. Trophy bucks adorn the walls of the lobby and bar (hirsch is German for “deer”), while hangers made from antlers fill the closets in the countrified guest rooms. Accommodations Of the 64 rooms and five suites, those in the 600-year-old original building are the best. All have air-conditioning—an amenity not common in these parts. Facilities A library, business center, and meeting space. Dining Restaurant Goldener Hirsch serves traditional Austrian food and international cuisine on par with anything in a world capital. Try Herzl for a more casual ambience. The hotel’s wine cellar is full of Grüner Veltliner and other wines that have helped make Austria a rising star among oenophiles. Concierge Recommends Attend the Salzburg Festival; concierge Erwin Pitzer can obtain prime tickets to sold-out performances. Rates During the festival, rooms start at $885, suites at $1,325. Book early.