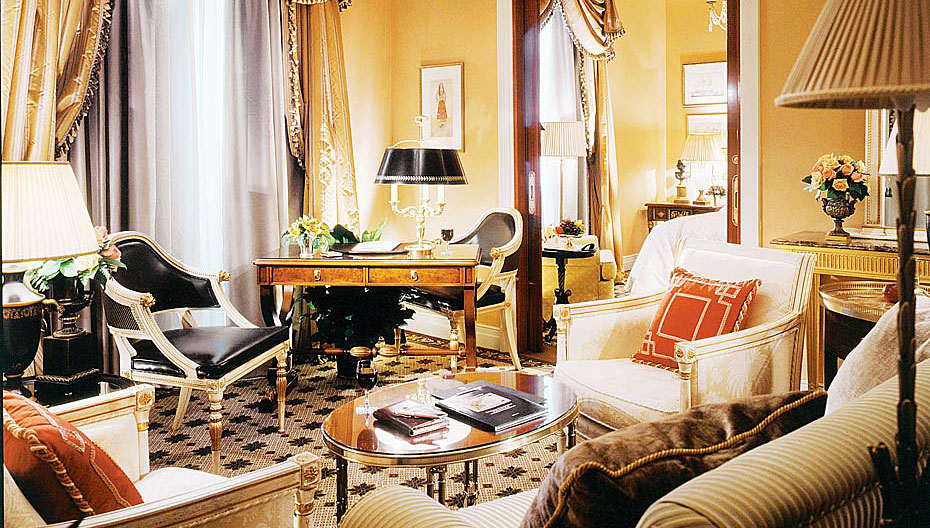 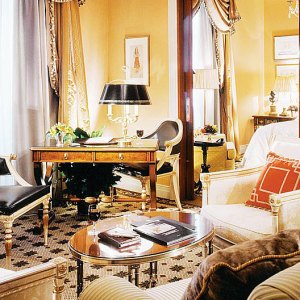 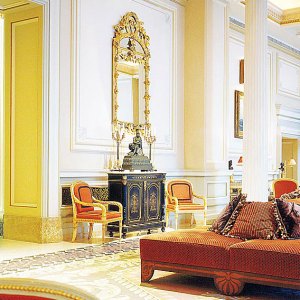 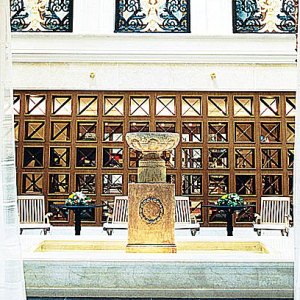 Checking into a hotel after dark can be disappointing, giving rise to the sensation that you missed the show and must wait until dawn for the performance to begin anew. Arrive late to the Hotel Grande Bretagne, however, and you will feel nothing of the sort. The best act in the Greek capital commences here at nightfall and requires neither music nor food, although both can be found at the hotel’s rooftop restaurant. Take a seat at the restaurant, gaze southward, and you cannot miss it: the Parthenon, built in the fifth century B.C., illuminated and towering over the city. Dating only to the 1840s, the Grande Bretagne may be an infant by Athens standards, but the hotel has endured its share of historic shifts. The property, set on Syntagma Square in the heart of the city, was a private mansion before becoming a hotel in 1874. Athens’ high society extolled its virtues at the time, but others thought it excessive, as Greece was largely impoverished and had gained its independence from the Turks only four decades earlier. Accommodations The highlight of the 321 guest rooms is the 4,300-square-foot Royal Suite, which includes a dining room with seating for 16, a media room, and a gym with a sauna and steam shower. The hotel also has two Butler Floors with a private reception area. Facilities A ballroom, three boardrooms, a 3,000-bottle wine cellar available for private tastings, a spa with an indoor pool, and an outdoor pool. Dining Mediterranean cuisine in a brasserie-style setting at GB Corner, breakfast and light fare at GB Winter Garden, and steaks, seafood, and views of the Acropolis at GB Roof Garden. Concierge Recommends Reserve the Eugenides Digital Planetarium—where an 85-foot domed projection screen displays images 10 times larger than movie theater screens—for a private star show. Utilizing 12 video projectors, the facility features the world’s most advanced projection system for virtual reality. Rates From $350 for a standard room to $18,500 for the Royal Suite.